The meeting at the (SFHQ-(J)) commenced after reviewing the status quo of the security situation in the Jaffna peninsula where Major General S.D.Tennakoon, as head of the military representatives in the peninsula briefed the SLMM on how security is maintained at different locations while honouring their commitment towards the ongoing ceasefire agreement. He also touched on the question of close cooperation with the police authorities for security work.

SLMM representatives later on met the Commander, Northern Naval Command Rear Admiral T.M.W.K.B. Tennakoon at his office in the Kankesanthurai Naval base. The SLMM received a briefing from Rear Admiral T.M.W.K.B. Tennakoon regarding naval duties in the area before the delegation visited a couple of places of interest to them as the last leg of their tour. 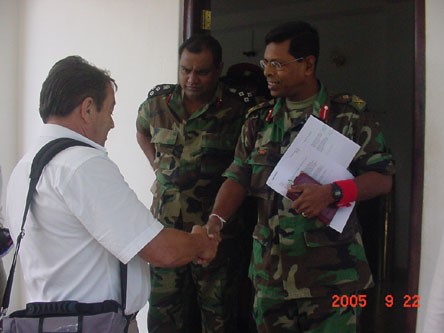 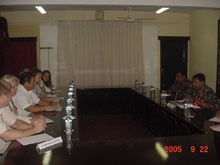 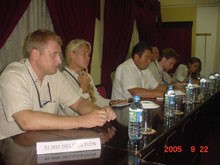