Two soldiers attached to the Matara Army camp immediately offered their help to dispatch a woman who attempted to commit suicide by jumping into the Nilwala river Monday (16) evening to the Matara Hospital.

The 32-year old woman, C.S Mawathagama according to the Police has jumped into the gushing waters from the Mahanama Bridge over a family dispute, but she began to shout for help as she was being dragged in maelstroms in the river.

However, a nearby vender who ran to the Army camp area managed to find a long stick and threw it to the drowning woman, enabling her to swim towards the left bank of the river.

On hearing the tragic incident, two soldiers in the Army camp rushed to the scene and assisted rescued woman’s dispatch to the hospital since none of the onlookers at that point, did not come forward to help her.

Here follows a brief report, appeared in the newspaper ‘Ada’ on Tuesday (17). 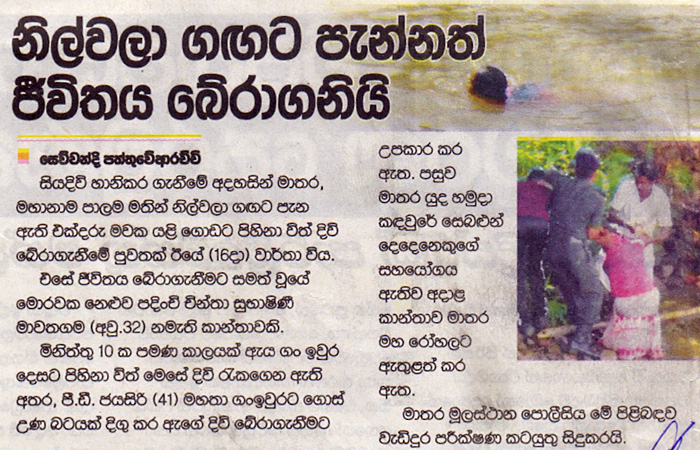