One more disabled War Hero of the Commando Regiment (CR) who lost his right leg while fearlessly fighting against LTTE terrorism during humanitarian operations before May 2009, on Monday (8) tied nuptial knots with his dream princess whom he met some two years ago, at ‘Senethma’ Reception Hall, Belummahara during a military wedding attested by the war veteran, General Shavendra Silva, Chief of Defence Staff, Commander of the Army and Head of the National Operations Centre for Prevention of COVID-19 Outbreak (NOCPCO) as a witness.

The wedding of the disabled War Hero, Corporal W.P.T Sampath, resident at Udugama, took place at Belummahara ‘Senethma’ Reception Hall on a grand scale, following arrangements, made by ‘Siyanewe Api’ organization and the Directorate of Rehabilitation on the guidelines given by Major General Shiran Abeysekara, Director General Rehabilitation.

Having joined the Army in 2007, he sustained serious injuries when terrorists triggered a powerful antipersonnel mine on 24 April 2009 at Puthumatalan as the war was reaching its culmination. After amputation, he was confined to the Military hospital for recuperation and rehabilitation where he unexpectedly came across his girlfriend exactly two years ago. Both of them in the past two years developed romantic sentiments after she fell in love with him upon her visit to a friend’s house.

General Shavendra Silva as the Chief Guest witnessed the wedding on behalf of the disabled War Hero while relatives attested representing the bride's family in the presence of a limited gathering of invitees. The Chief Guest offering his best wishes to the newly-wedded couple afterwards awarded a valuable gift to them before his departure. The day's bridegroom represented Sri Lanka in Para Athletes' Rowing Meet in Italy in the year 2017.

As the saying goes, ‘love conquers all’ (omnia vincit amor), Ms Nilusha Kumuduni after necessary blessings from her mother and adults assured his fiancé’s parents that she would take care of their son for the rest of his life from today onwards. The wedding followed traditional rites and rituals.

Determined to face any challenges in the journey of life, his fiancée, Nilusha in coordination with the Directorate of Rehabilitation and Commando Regiment got all wedding arrangements with the bridegroom, organized with generous support extended by the ‘Siyanewe Api’ organization. 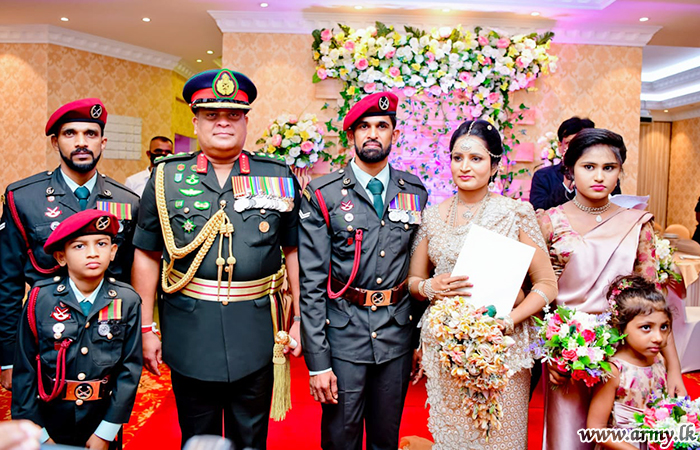 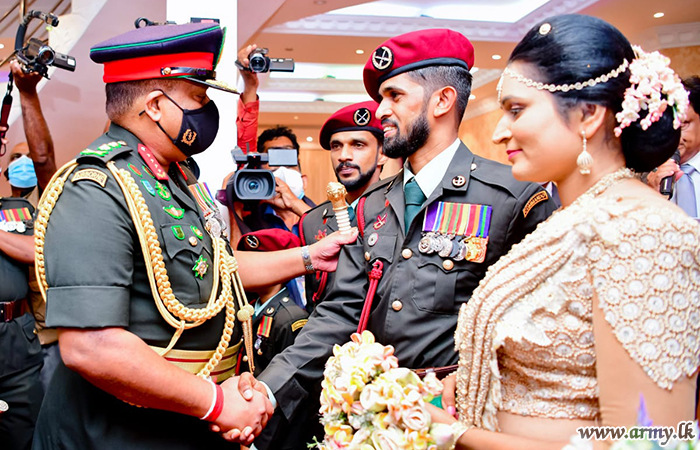 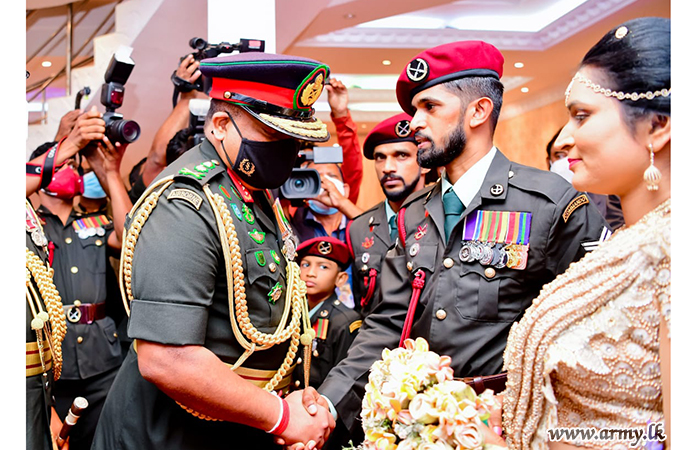 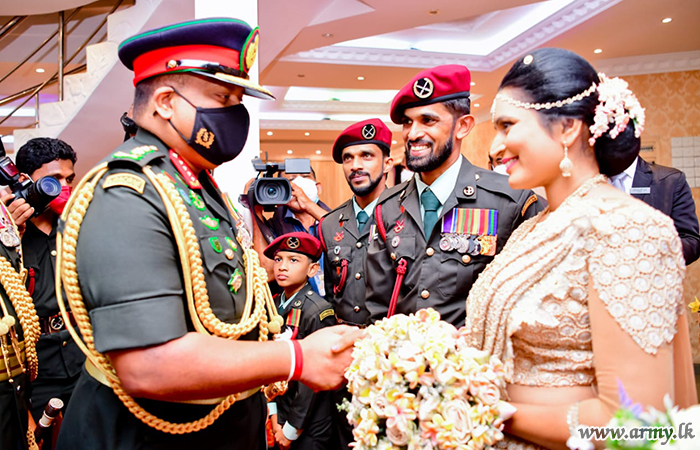 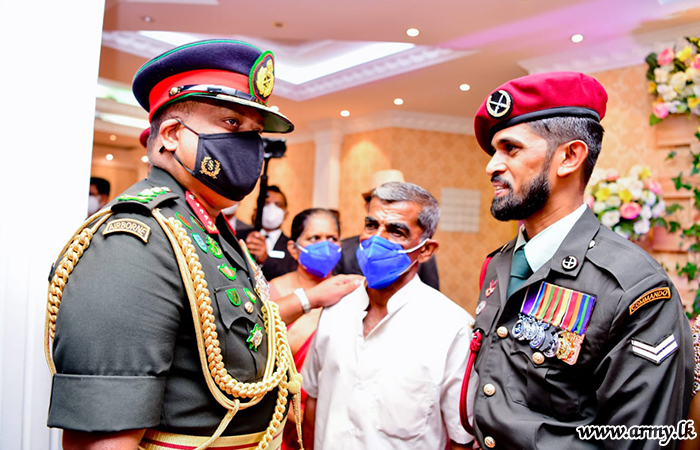 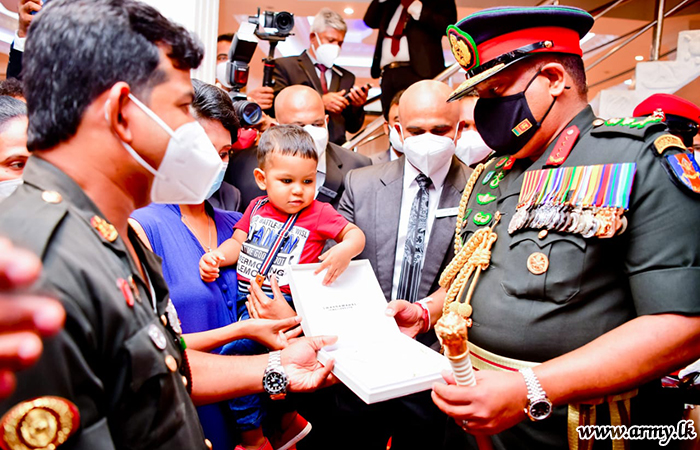 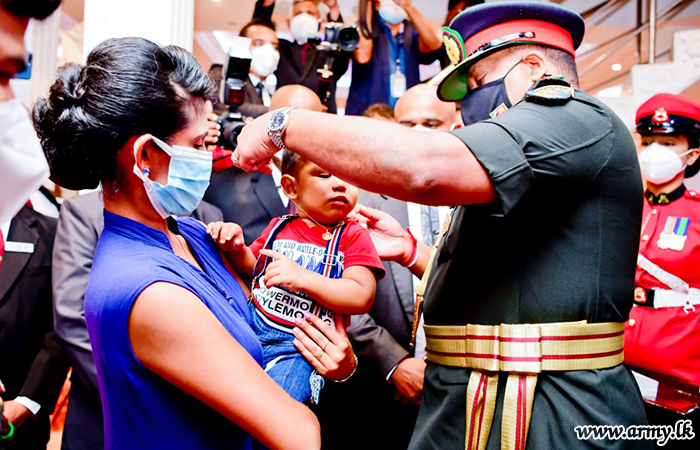 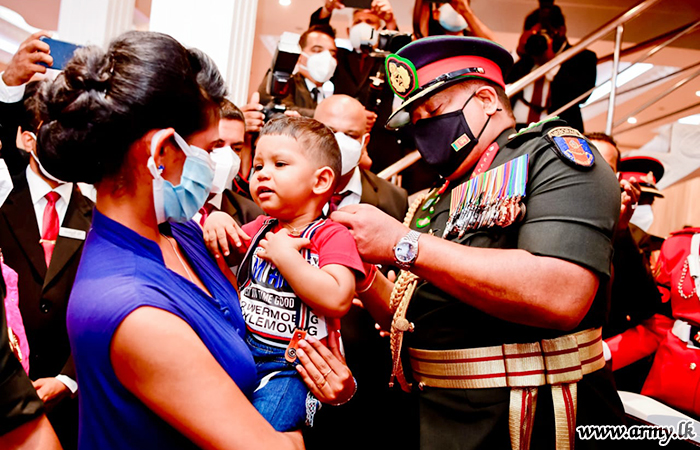 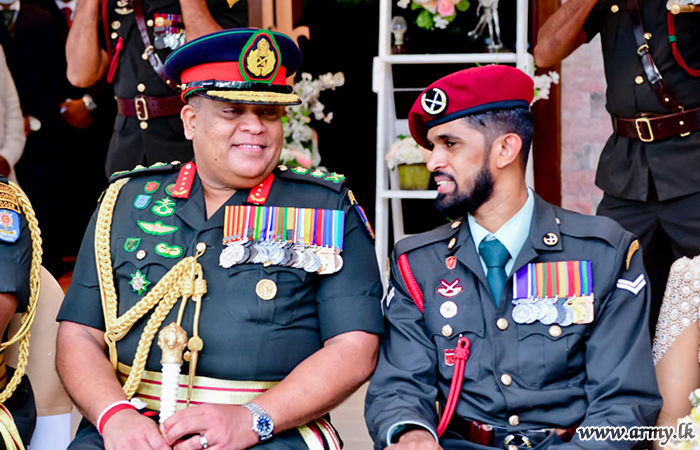 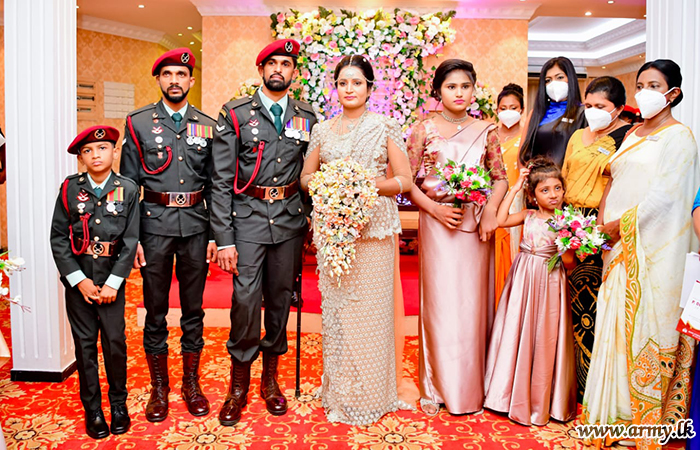 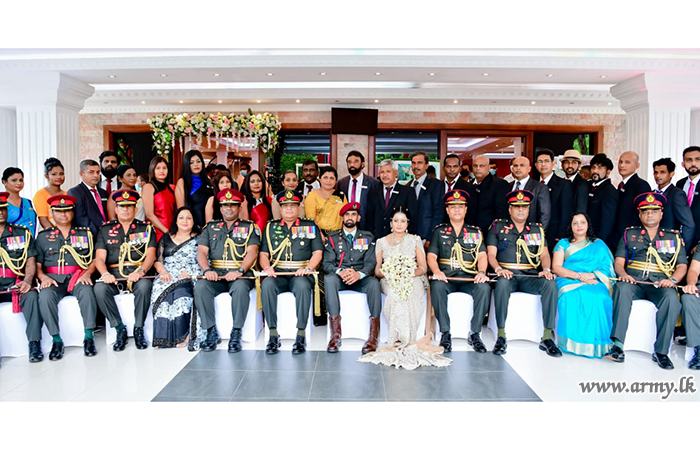 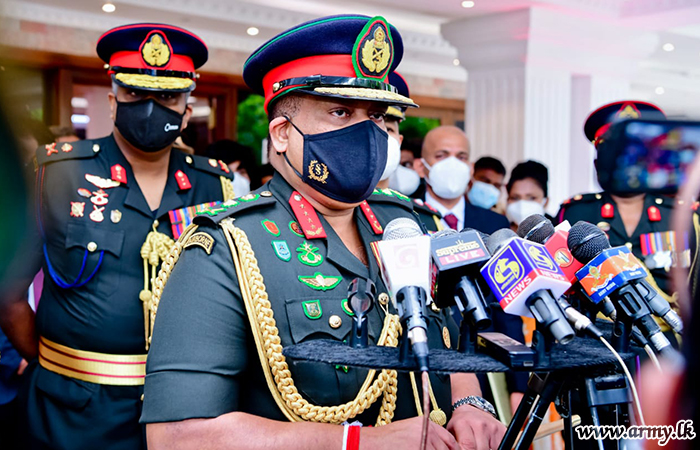