Mrs Sonia Kottegoda, acting Chairperson of the Ranaviru Seva Authority pinned the War Heroes' Flag on the President and symbolized the inauguration of the month of May, dedicated to the memory of all War Heroes. General Kamal Gunaratne (Retd), Secretary to Ministry of Defence was also present at the occasion.

The War Heroes' Commemoration Month remembers heroic War Heroes who sacrificed their lives for the sake of territorial integrity of the country during the three-decade long war against division of the country before May 2009. A five-digit number of Tri service War Heroes laid their precious lives in the fight against terrorism and an identical number suffered permanent injuries. The War Heroes' Month commences in the first week of May every year from the day National War Heroes' Flag is pinned on the President, Commander-in-Chief of the Armed Forces. 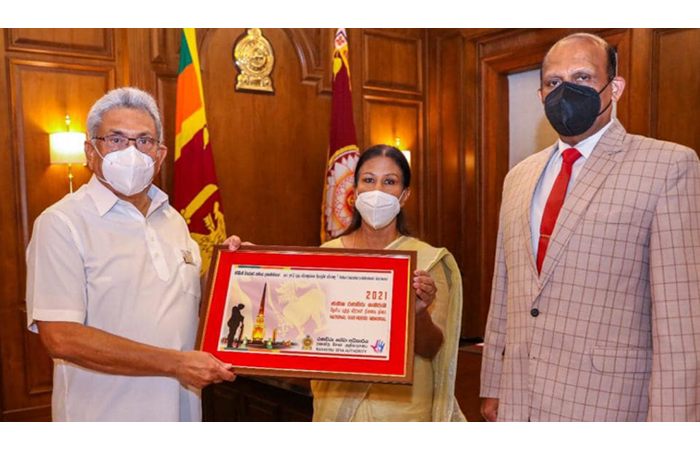