Security Force Headquarters - Wanni (SFHQ-W) which is committed to assist upgrade educational standards of poverty-stricken children in remote Wanni schools once again launched a mega project to give away school essentials to record 1420 students in Sampathnuwara, Welioya areas on Saturday (11). The distribution took place at Sampathnuwara National School.

This mega project was implemented by 612 Brigade troops of the 61 Division under the SFHQ-W on the instructions of Colonel Ajith Wickramasekara, Commander, 621 Brigade under the guidelines given by Major General Dhammika Jayasinghe, General Officer Commanding, 62 Division and the Commander Security Forces - Wanni.

Major General Dhammika Jayasinghe, GOC, 62 Division as the Chief Guest for the occasion gave away those benefits to all 1420 students during the brief ceremony.

Meanwhile, another similar donation of school accessories, sponsored jointly by the veteran cricketer, Mr Roshan Mahanama and the film producer, Mrs Renuka Balasooriya took place at Veheratenna Roshan Mahanama Primary School on Saturday (11) with a view to assisting under privileged students in the area. ‘Wijerama Foundation’ has organized the welfare project with the patronage of those two patrons. 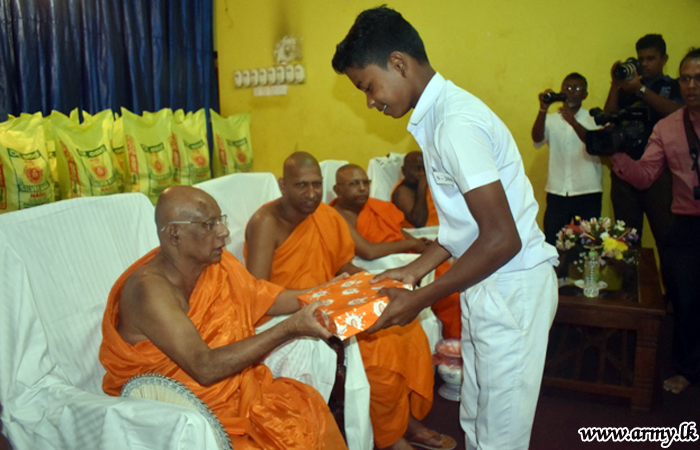 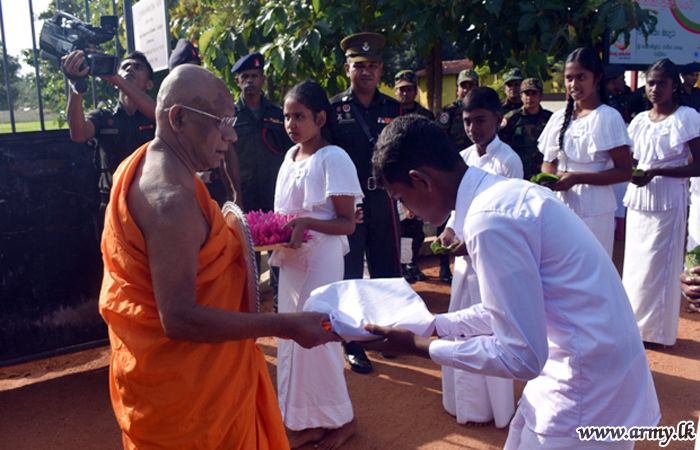 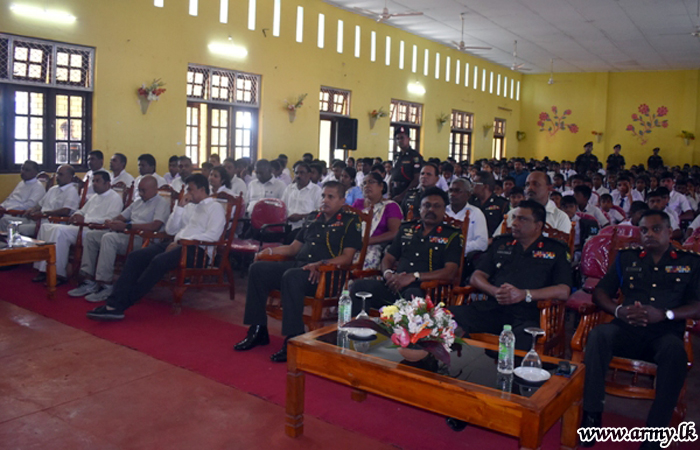 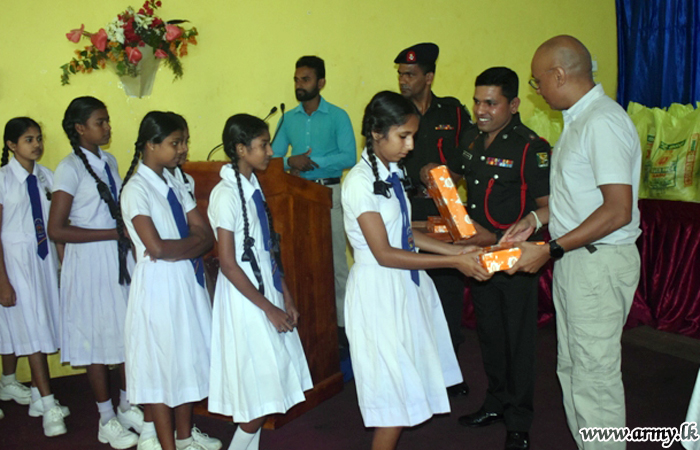 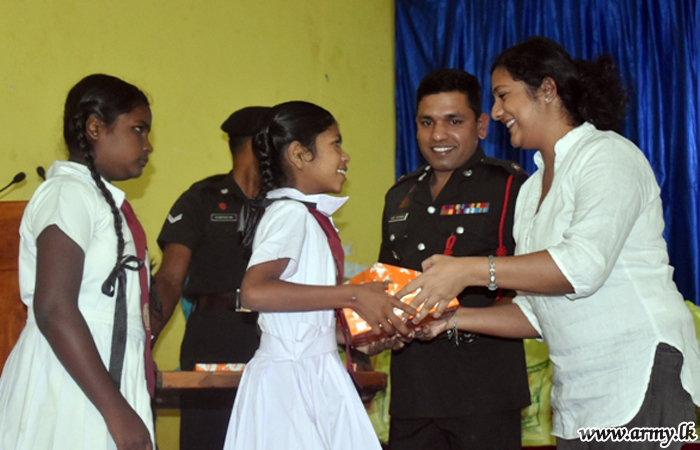 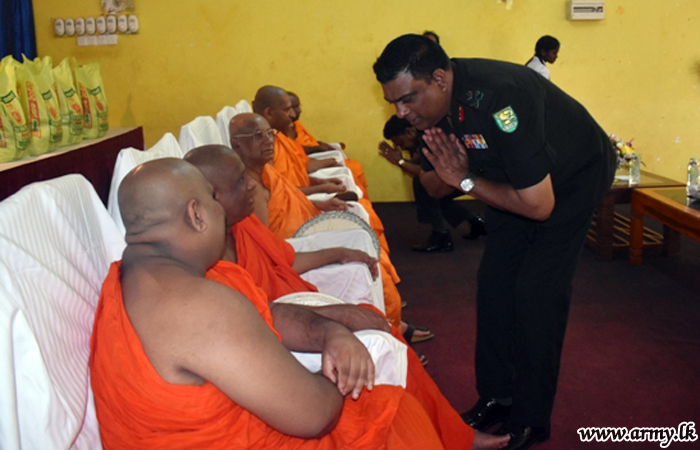 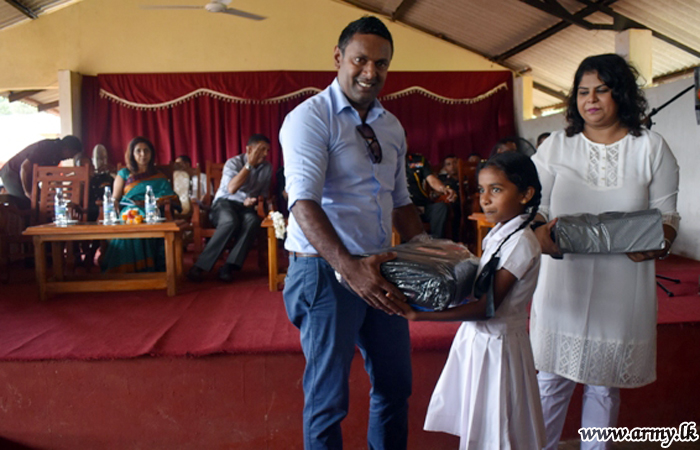 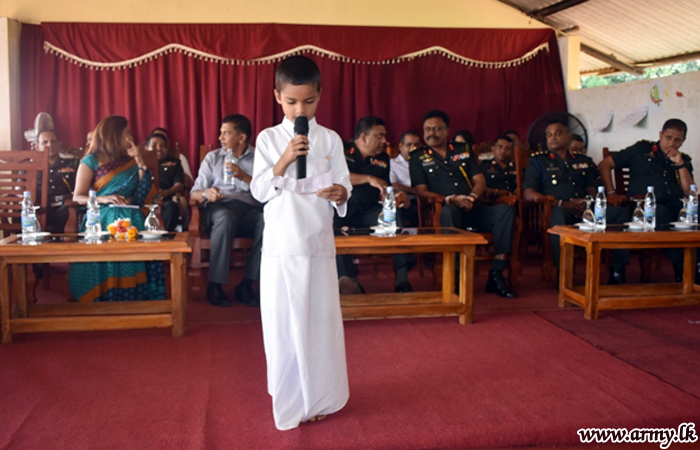