Wanni Troops Get One More New Home for a Needy Family

Construction of another new house for a needy family at Mahsenpura, Urawa in Padaviya was brought to completion by 20 Gajaba Regiment troops under the guidance of the Commander 622 Brigade and with the support of the General Officer Commanding 62 Division Major General Dhammika Jayasinghe and its formal vesting ceremony took place on Monday (11 ) in the presence of Major General Jagath Gunawardena, Commander, Security Forcea- Wanni.

Mr Nishan Weththasinghe, a Sri Lankan living in Australia, through the coordination of the Commander 212 Brigade Colonel Anil Peiris who has been the driving force behind construction of houses for underprivileged Wanni civilians stepped forward to sponsor the construction of this new house for Mr N. G Karunarathne and his family who were living without a proper shelter.

The newly-constructed house is comprised of all facilities such as sitting area, dining room, bed rooms, etc and was supplied gifted with essential household items, electric appliances and furniture along with its ceremonial opening. In addition, the beneficiary was much benefited due to supply of a modern electric tube well in the same compound for drinking water.

The key of the house was auspiciously handed over to the head of the household during this brief ceremony by Major General Jagath Gunawardena, Commander Security Force -Wanni who graced the occasion as the Chief Guest. Religious observances and traditional warming rituals followed.

General Officer Commanding of 62 Division, Commander of 212 Brigade, Commander Senior Military Officers of the Security Force Headquarters-Wanni, Commanding Officer of 20 Battalion Gajaba Regiment and family members of the beneficiary along with many civilians in the village took part in the inaugural vesting ceremony. 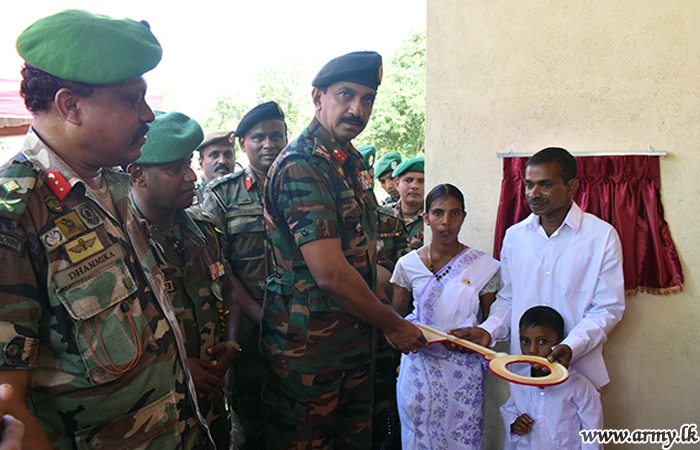 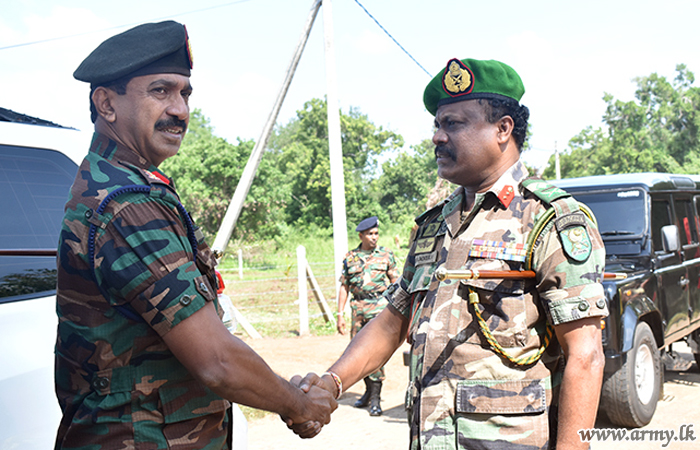 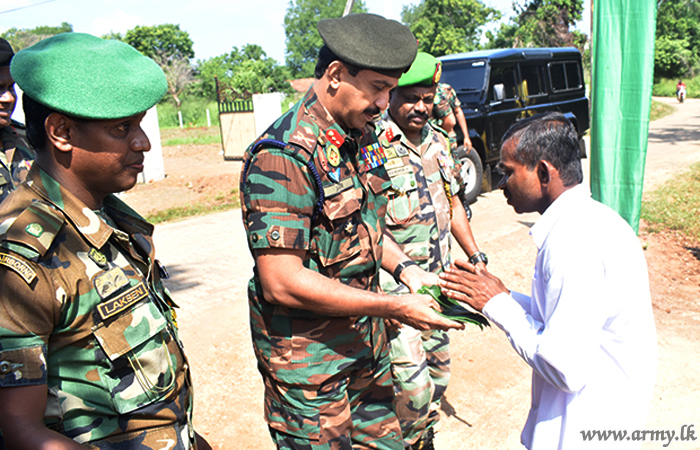 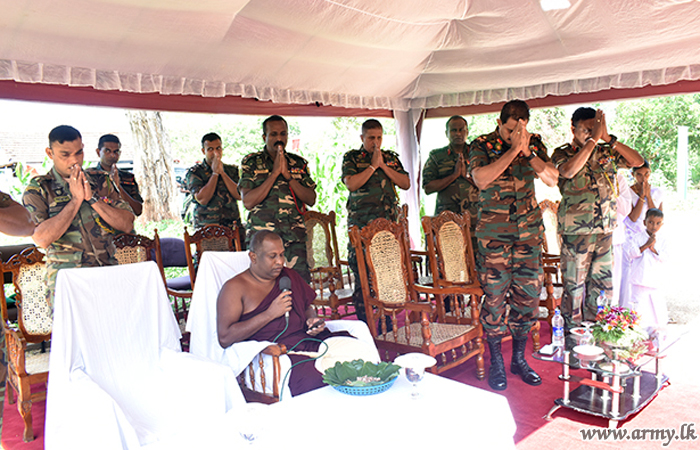 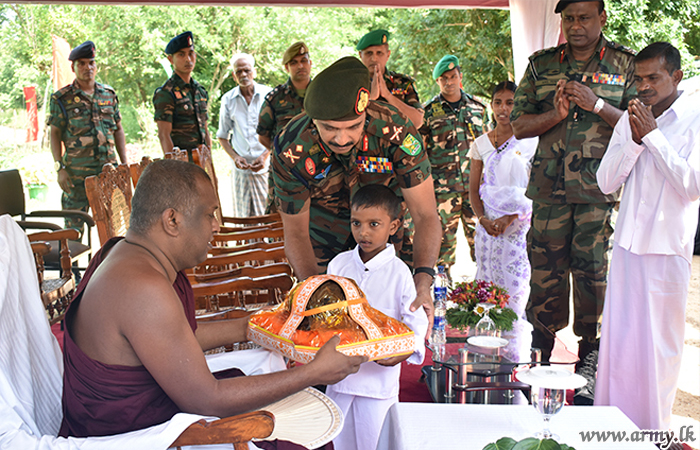 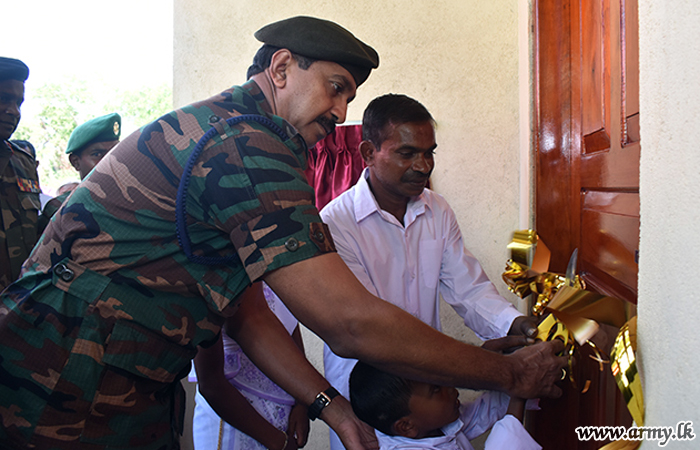 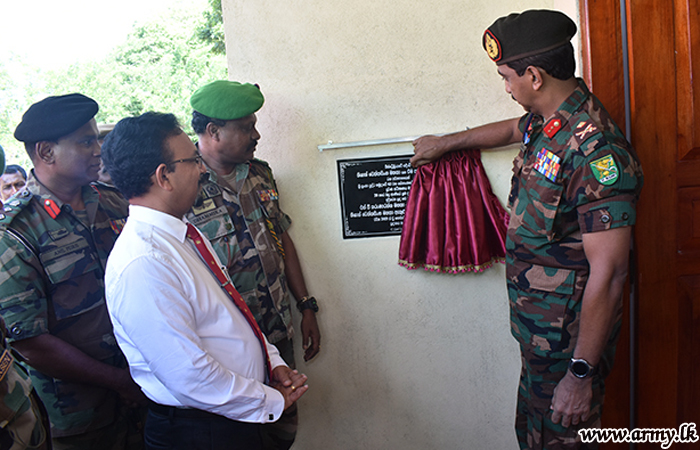 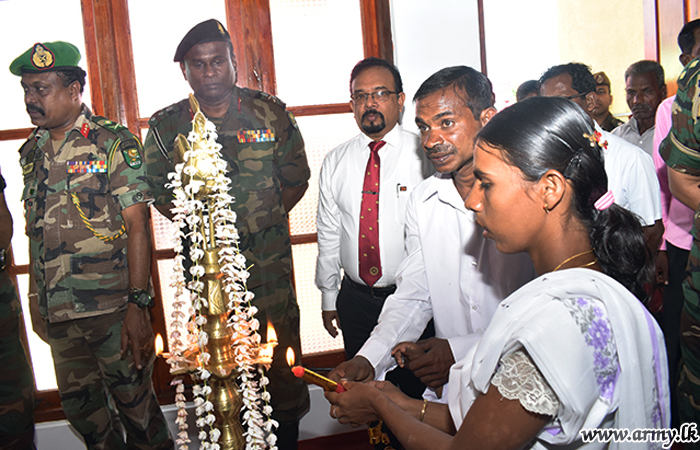 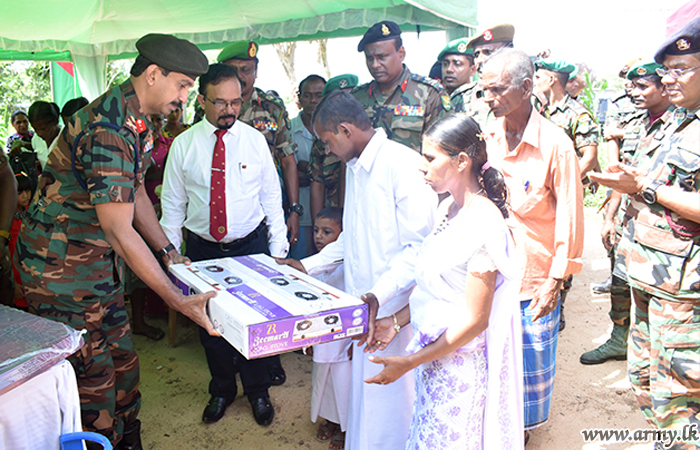 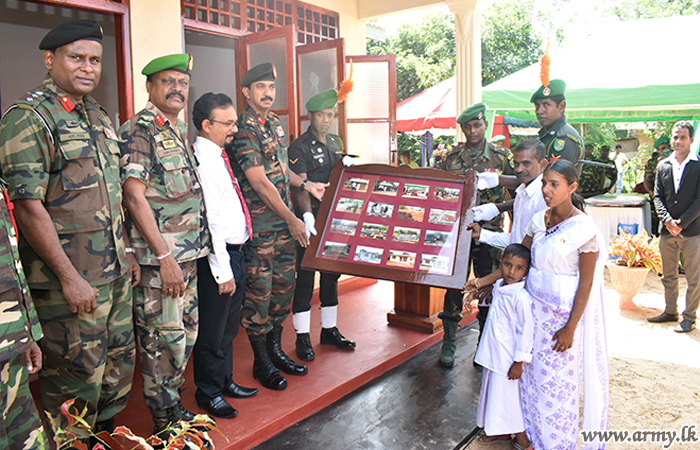 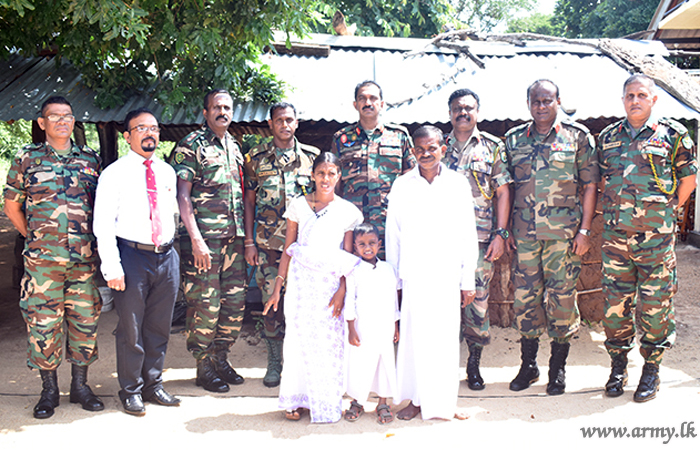 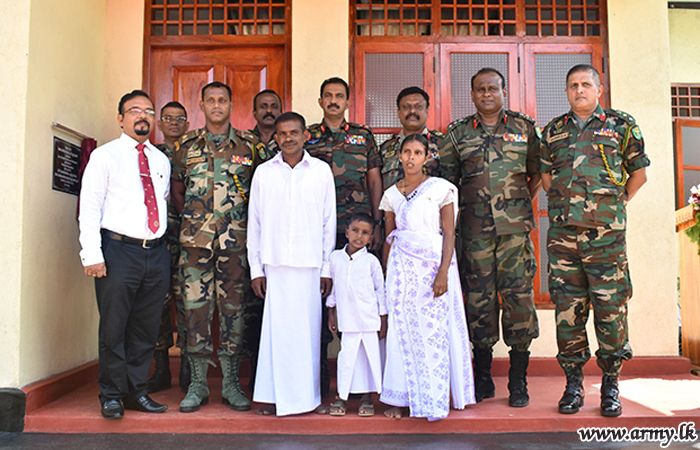