Sri Lanka National Guard (SLNG) troops of the 212 Brigade of the 21 Division of the Security Force Headquarters - Wanni (SFHQ-W) with the blessings of the Wanni Commander have further expanded its on-going house construction for needy families and undertook to build one more new house to another destitute family in Elayapattuwa area.

On an initiative taken by Colonel Anil Peris, Commander 212 Brigade, two donors from Australia, Mr Eddie Robinson and Mrs Gayle Robinson provided the sponsorship for construction of this new house considering the request of the SFHQ-W.

On Saturday (5) Colonel Anil Peris during a brief ceremony laid the cornerstone for construction of this house, amid chanting of ‘Seth Pirith’ by members of the Maha Sangha.

At the same occasion, the house recipient and children of two more families in Thanthirimalai area were gifted with dry ration packets and school accessories to coincide with the beginning of the project. 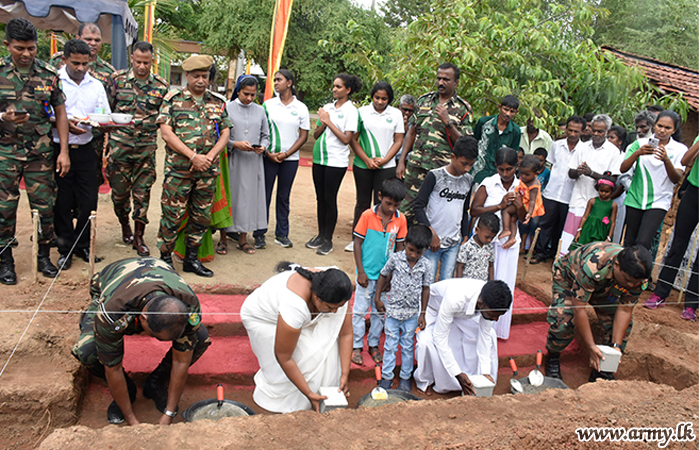 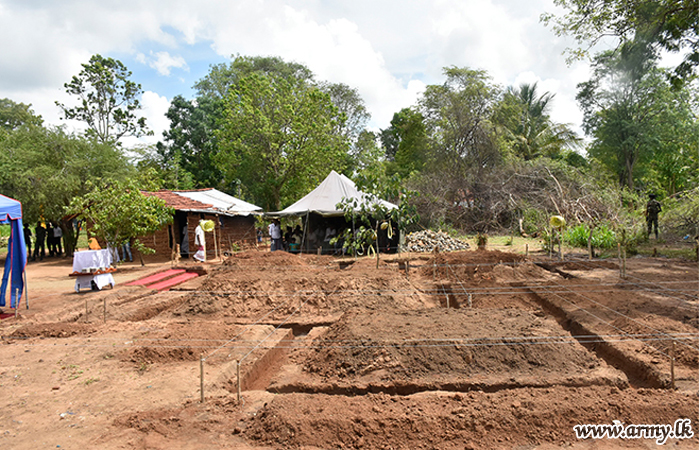 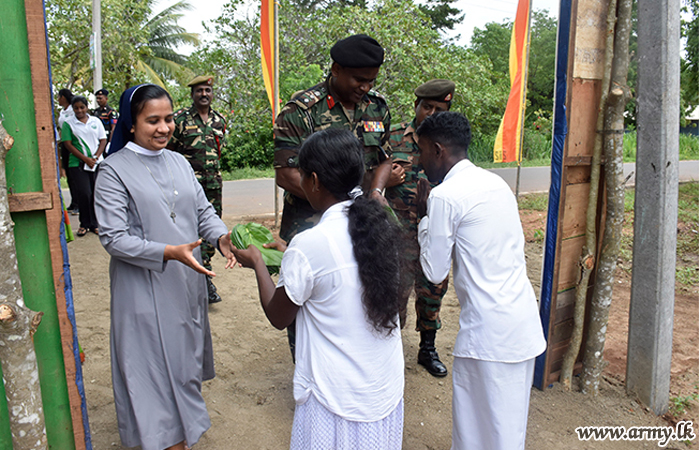 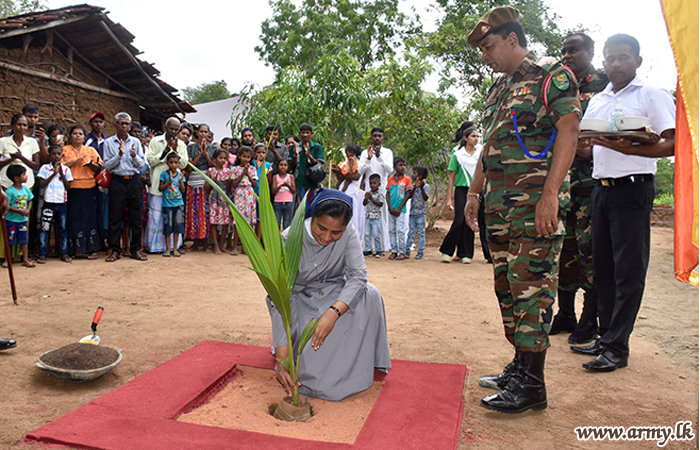 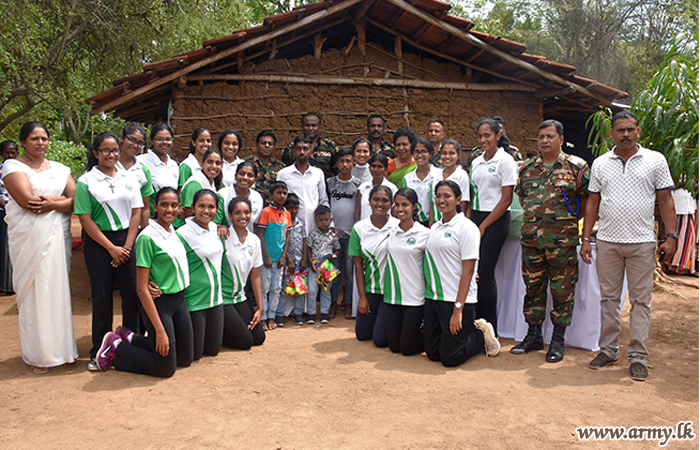 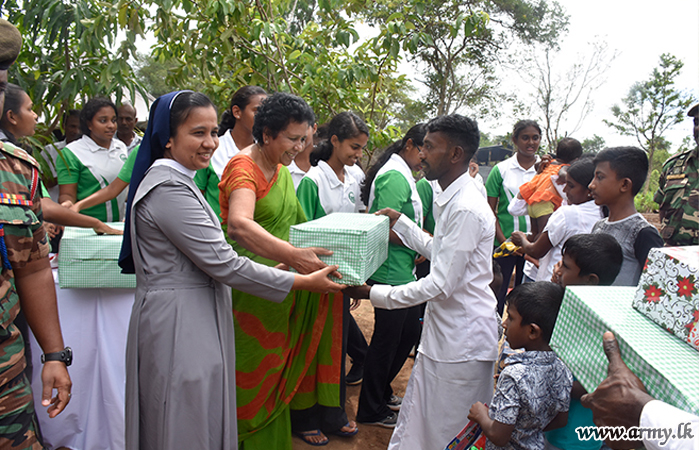