To be in line with the Commander's conceptual guidance, 15 (V) SLSR and 17 (V) SLSR troops of the 562 Brigade in consultation with Grama Seva officials, school authorities and teachers selected the most needy and deserving students in the school and donated those relief packs, together with Chairman of the Buddhist Association and representatives of the Bank.

Brigadier Senaka Premawansa, 562 Brigade Commander with his troops organized the donation ceremony at the school premises with the support of the Principal and teachers.

Major General Hemantha Bandara, Commander Security Forces-Wanni graced the distribution ceremony during morning hours as the Chief Guest at the invitation of the Commander 562 Brigade, 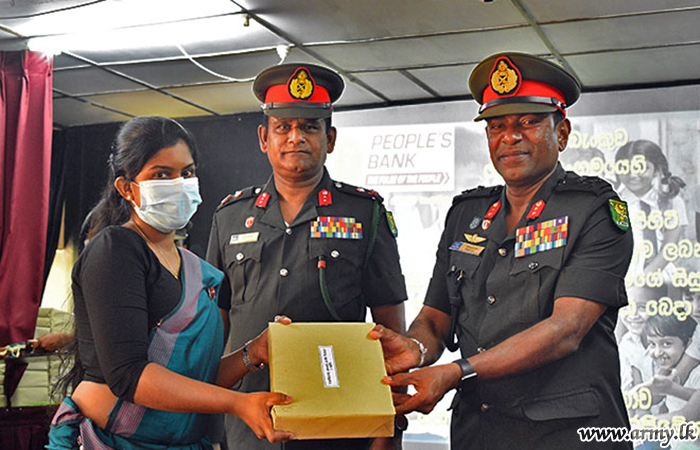 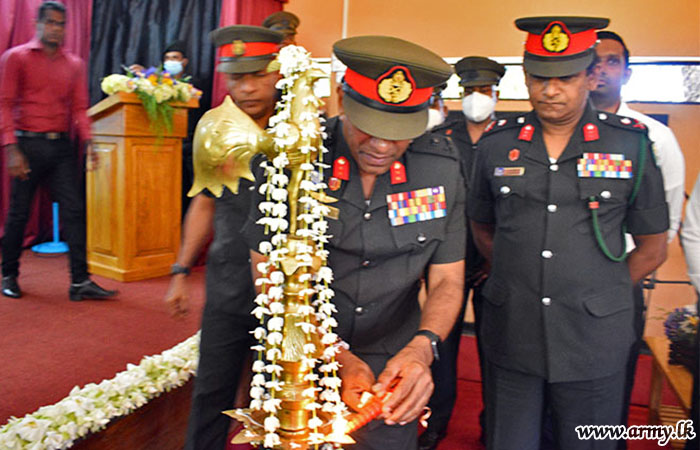 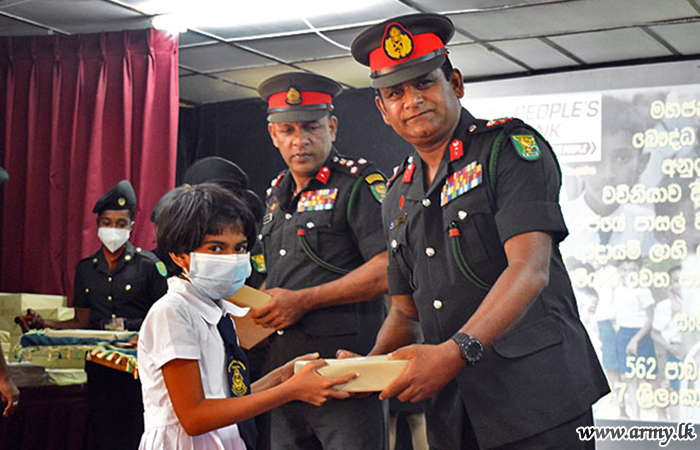 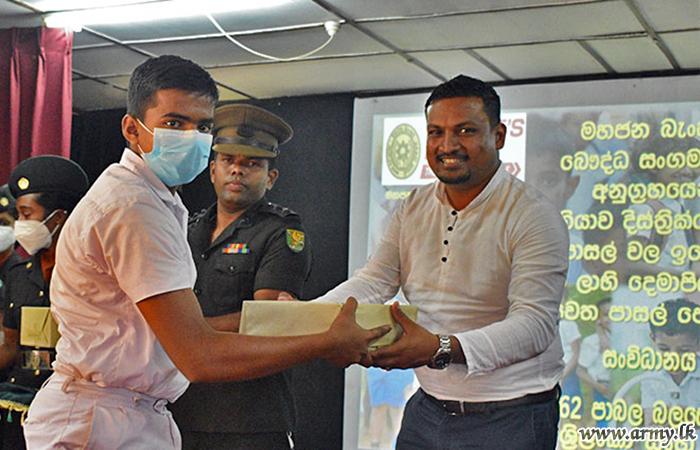 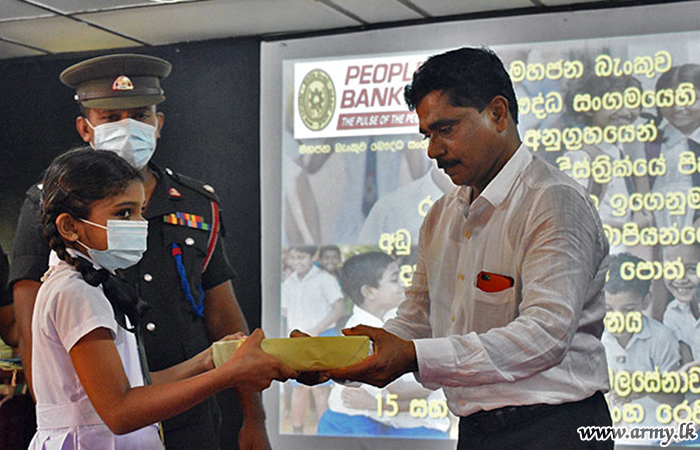 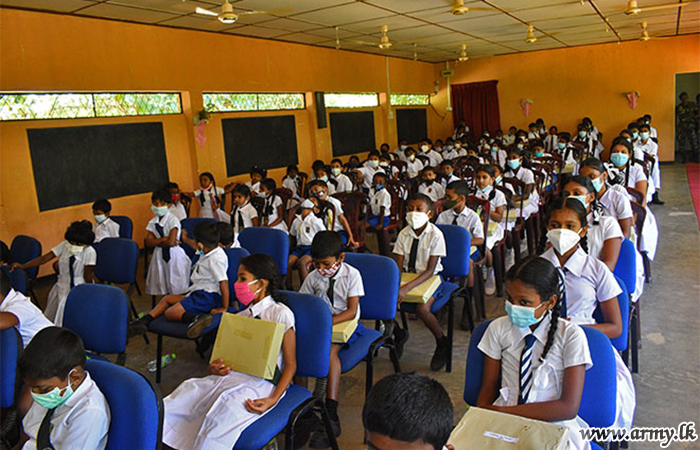