The finals of the Inter-Division Volleyball Tournament - 2019 got off the ground on Thursday (5) at the Sports Complex in the 21 Division Headquarters. The Volleyball Meet is one of the sports events organized every year in the Security Forces - Wanni area where the Officers and Other Ranks of all under command formations get the opportunity to exhibit their talents.

Security Force Headquarters - Wanni (SFHQ-W) on the direct supervision of the Commander, Major General Jagath Gunawardena is used to hold to this every year.

Volleyball, as the National Sport in Sri Lanka, is being played in different formations in the Army at various levels to improve the standards with the aim of emerging as National and International level Volleyball players.

In that context, formations under command to the SFHQ-W, 21, 54, 56, 61, 62 Divisions and Forward Maintenance Area - North Central competed for the Championship. 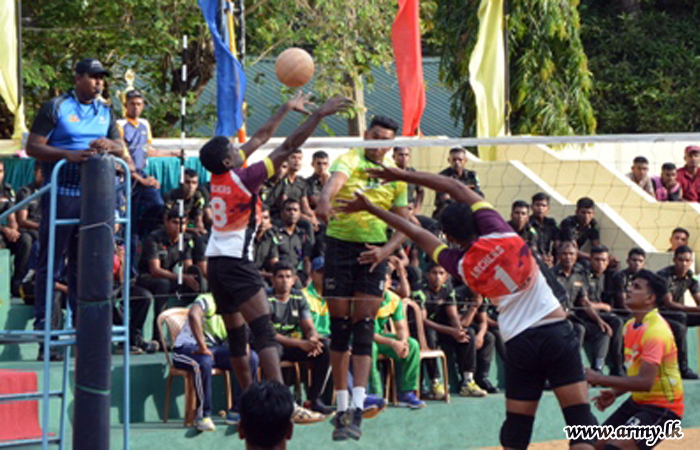 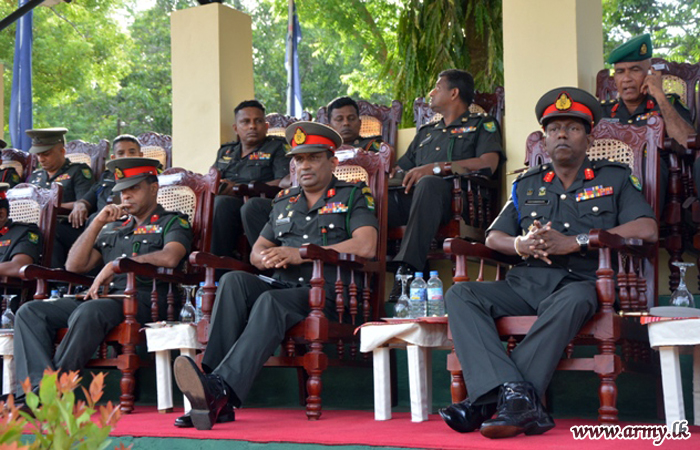 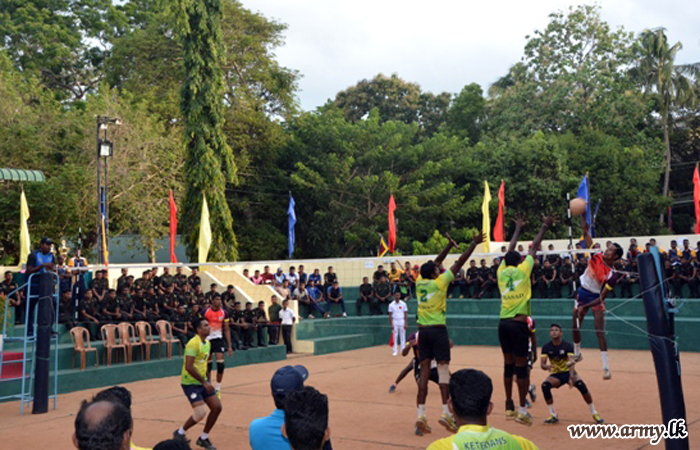 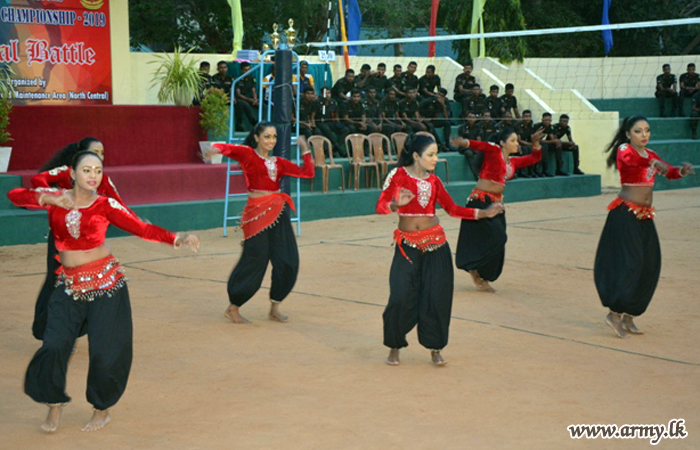 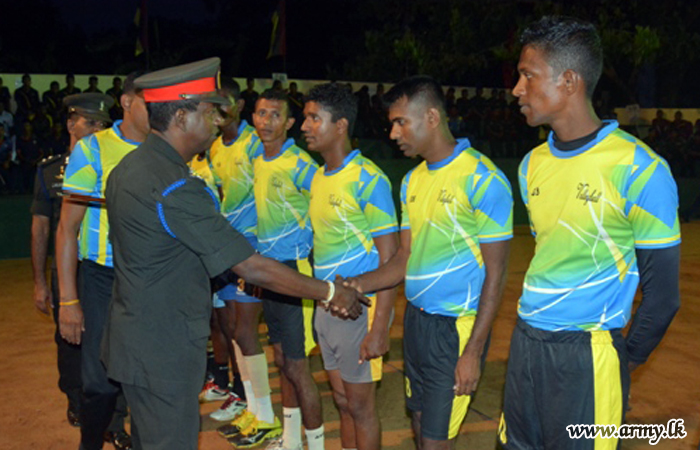 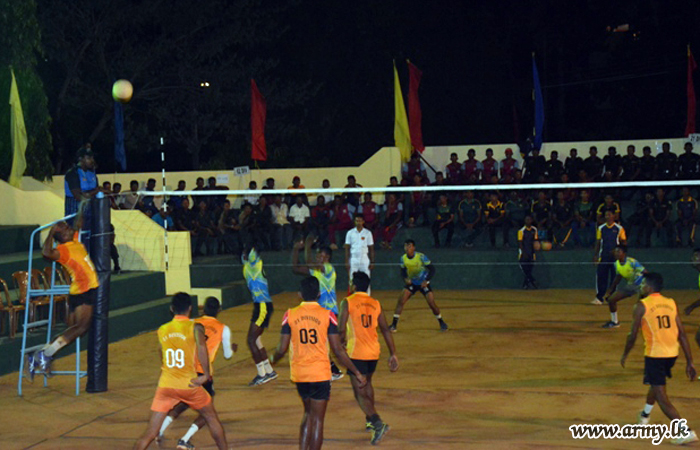 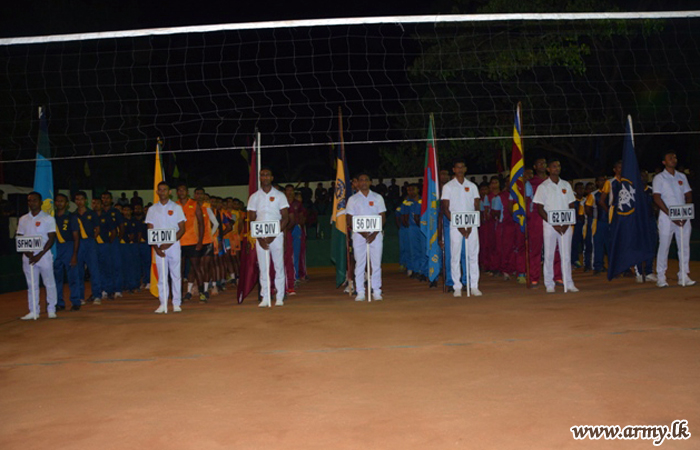 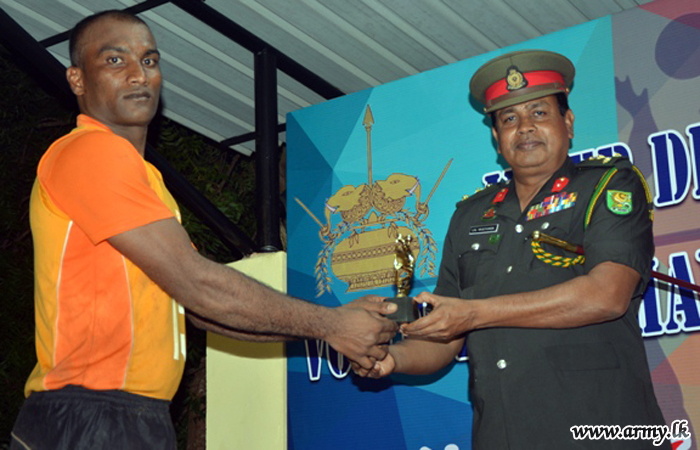 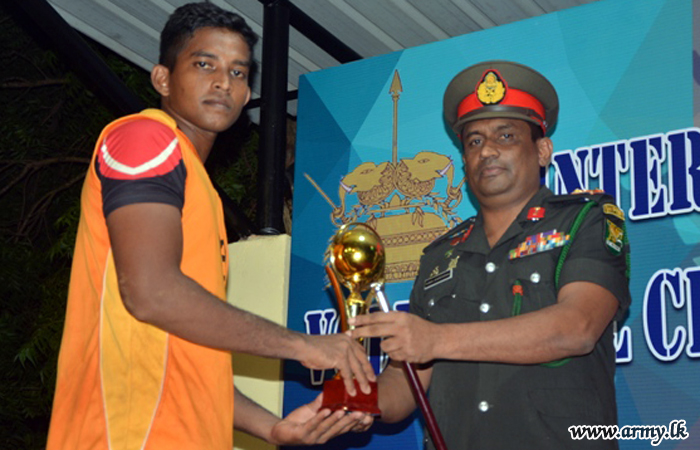 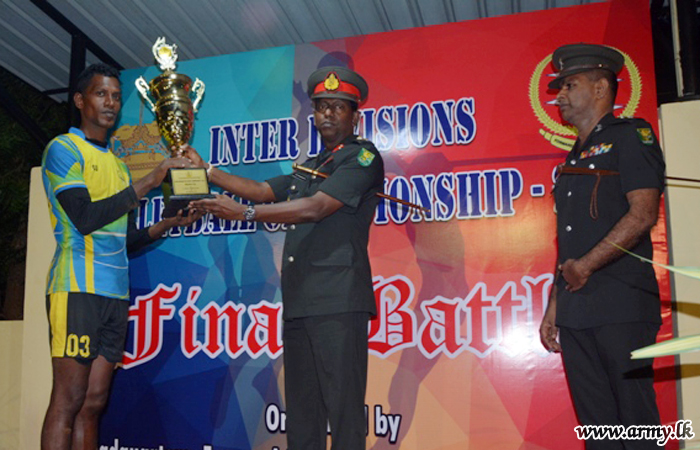