In order to learn about the extent of damages and ongoing remedial measures, the newly appointed District Coordinator of Relief Work for Vavuniya district Major General P.S.B. Kulatunga who is also the Commander, Security Forces Headquarters Wanni Tuesday (4) visited Pulmoddai and Kokilai areas.

During the visit, he spoke to Commanding Officers and Other Ranks in affected units and inquired into their urgent requirements and re-building processes.

He was told that many lives of coastal inhabitants were rescued by Army soldiers while many of them were being caught in tidal waves. Many civil survivors spoke high of Army soldiers for their bravery that helped sustain very low mortality rate in these areas.

Inside devastated fishing villages, soldiers were seen clearing piles of rubbles while restoring road accesses to the hamlets. Major General P.S.B. Kulatunga saw himself efforts taken by soldiers in this direction in their attempt to restore normalcy in the area while ongoing relief and rehabilitation work is on. 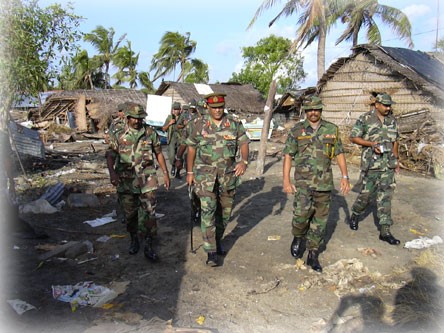 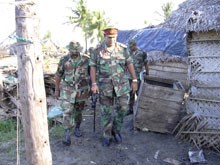 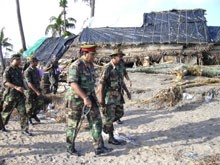 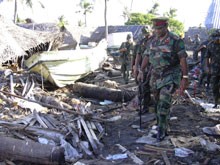 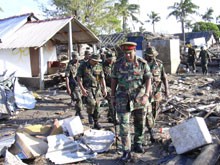