Major General Boniface Perera, Commander, Security Forces - Wanni (SF-W) after a praiseworthy service of more than 4 years in the Wanni relinquished his office on Saturday (5) during a series of formalities.

He left his signature for a formal document to signify the relinquishment of his office.

Addressing the gathering of officers at the Security Force Headquarters - Wanni (SFHQ-W), he called upon everyone to cooperate with his successor and thanked everyone for the support extended to him. He also sat for an all rank lunch the same afternoon before he joined for dinner with officers where he was presented with a memento. 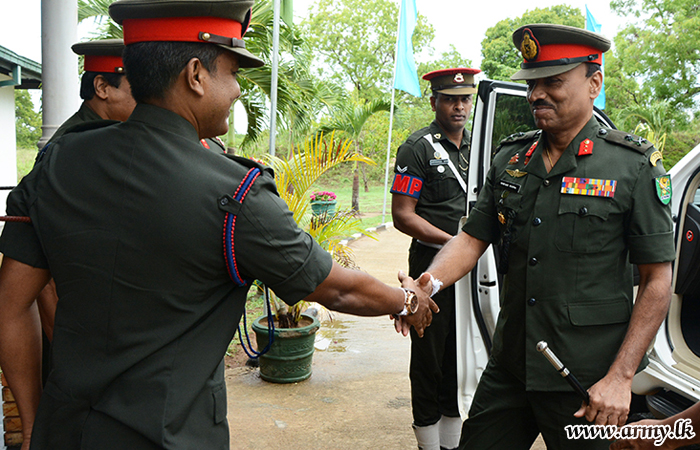 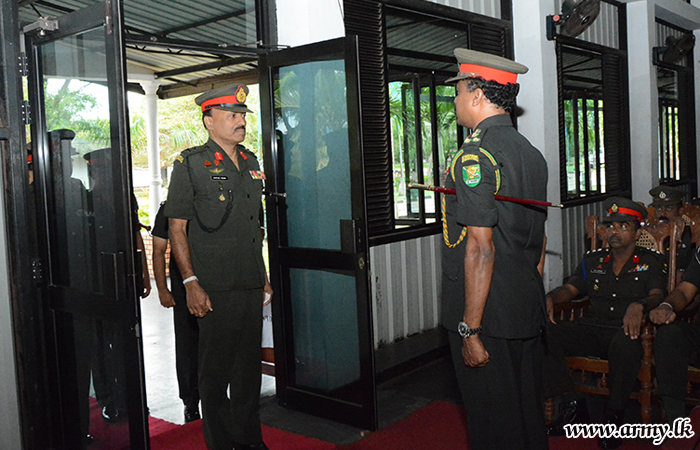 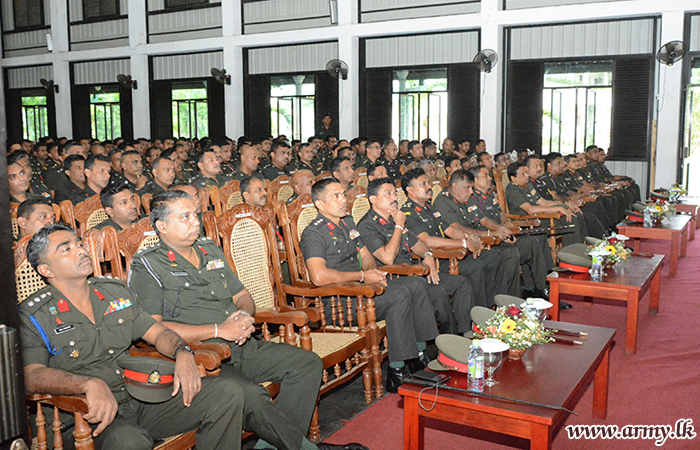 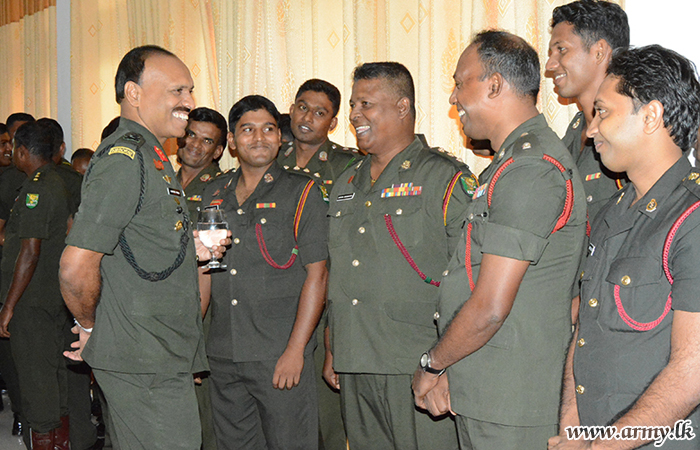 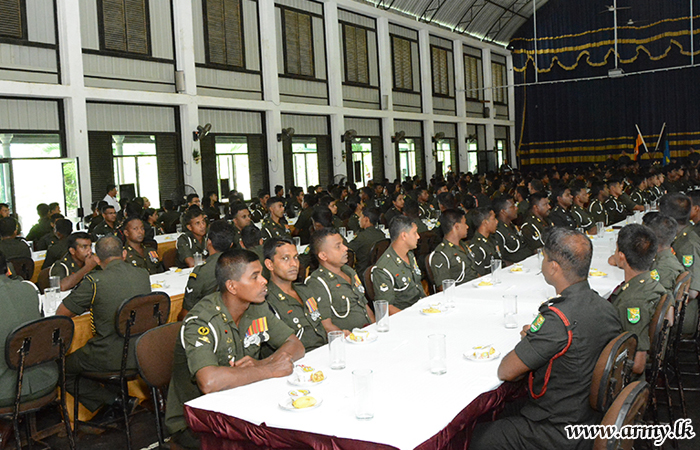 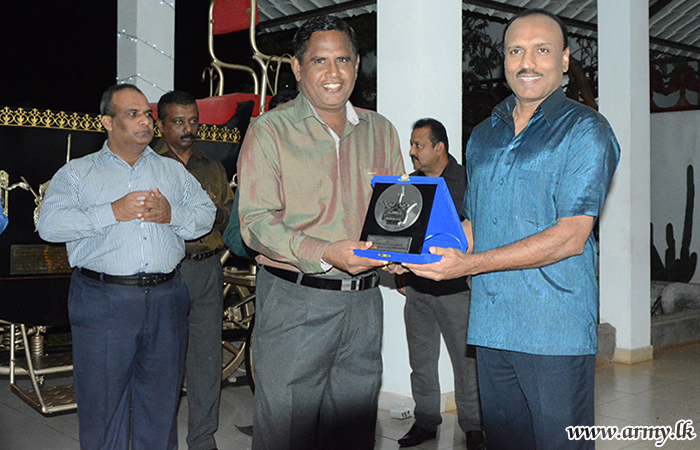 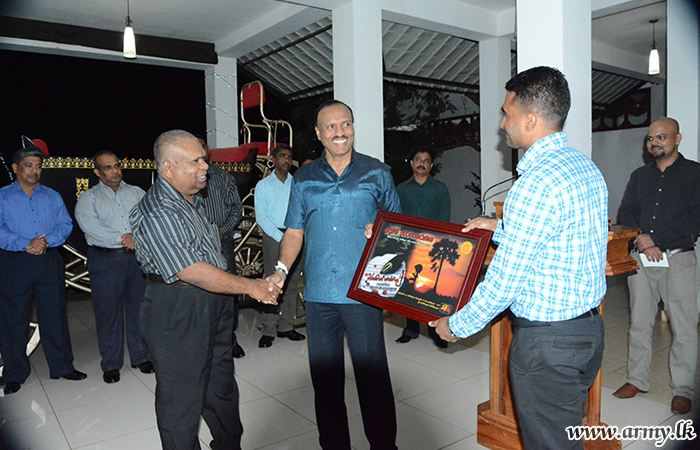