Vijayabahu Infantry Regiment (VIR) Regimental HQ troops, deeply concerned about the acute shortage of blood at Kurunegala Teaching Hospital for treatment of congenital Thalassemia patients in the North Western Province volunteered to donate their blood at the request of the National Thalassemia Centre during an arrangement, launched at the VIR Regimental HQ at Boyagane, Kurunegala on Wednesday (15).

Realizing that only frequent blood transfusions could save those lives by providing invaluable support towards controlling this severe blood disorder, Major General Sisira Pilapitiya, Colonel of the Regiment of the VIR and Commander, Security Forces - Mullaittivu, to be in line with the Army Chief's ‘Way Forward Strategy 2020-2025’ of the Army positively responded to the request considering it as a national commitment.

A total of 160 troops, aware of high prevalence of those patients in Kurunegala district volunteered to donate blood during this campaign, adhering to health guidelines. The medical staff at Kurunegala Teaching Hospital's blood bank and the National Thalassemia Centre at Kurunegala, the largest transfusion centre in the island were there to collect necessary blood stocks. Nearly 1 pint of blood or more is needed every month to be transfused to each patient, depending on their degree of morbidity and about 2,500 cases are undergoing treatment in the country. Around 50-60 new cases are diagnosed each year as per medical statistics.

However, the scarcity of blood in the Bank amidst ongoing impact of the epidemic posed a challenging setback for transfusion, prompting authorities to turn to the Army for assistance. Several Senior Officers including Brigadier Sunimal Hemaratne, Centre Commandant, VIR Regimental Centre were associated with the day's programme.

At the end of the arrangement, medical staff did not forget to appreciate the generosity and the support given by the Army for saving the lives of Thalassemia patients. 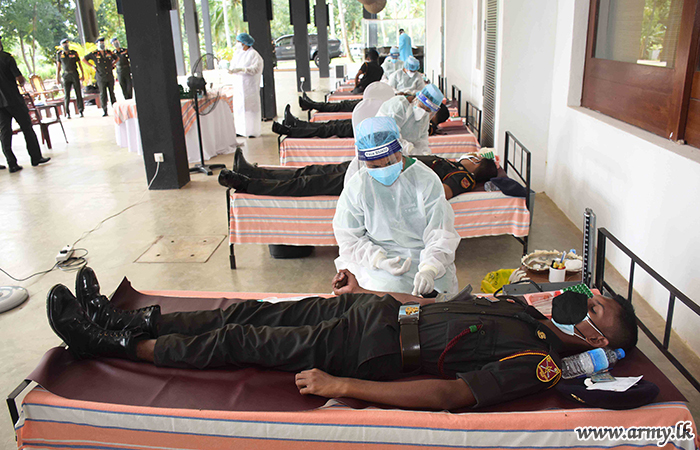 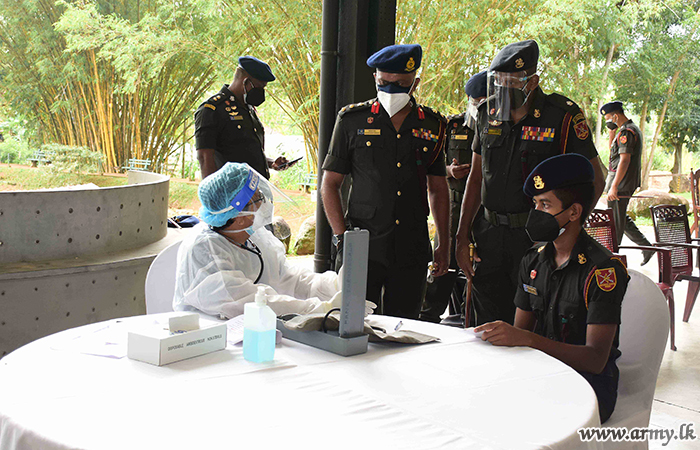 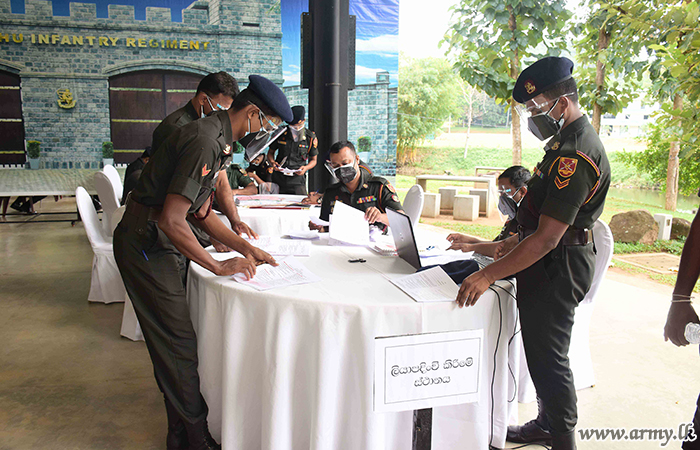 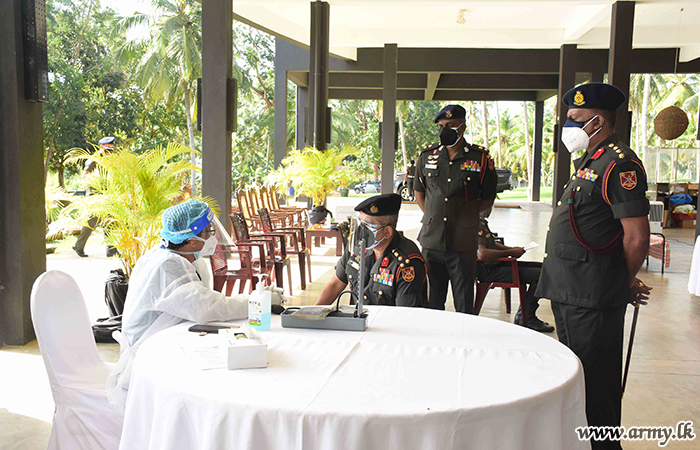 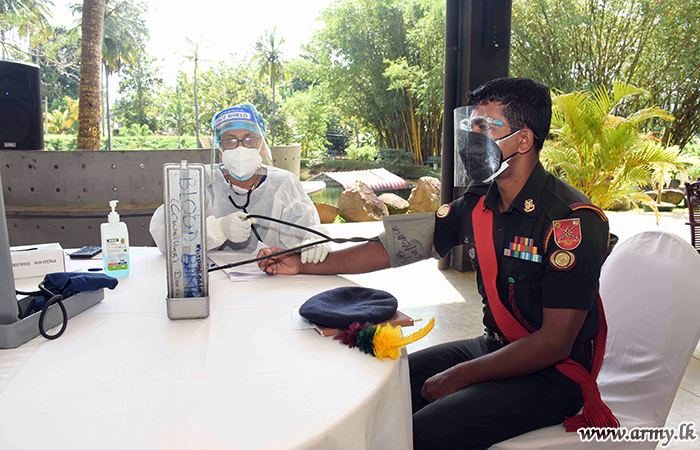 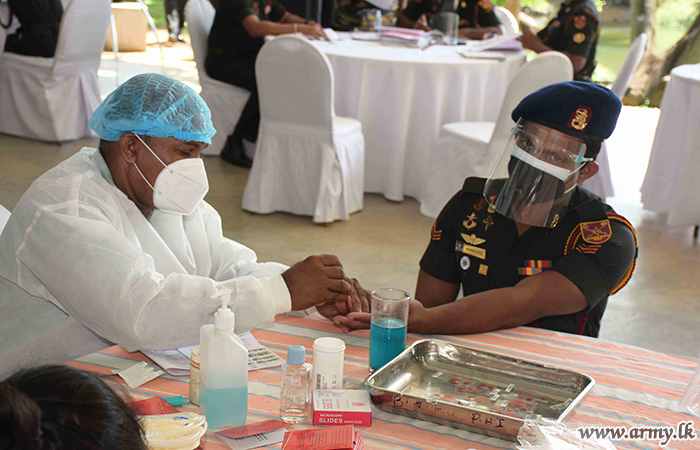 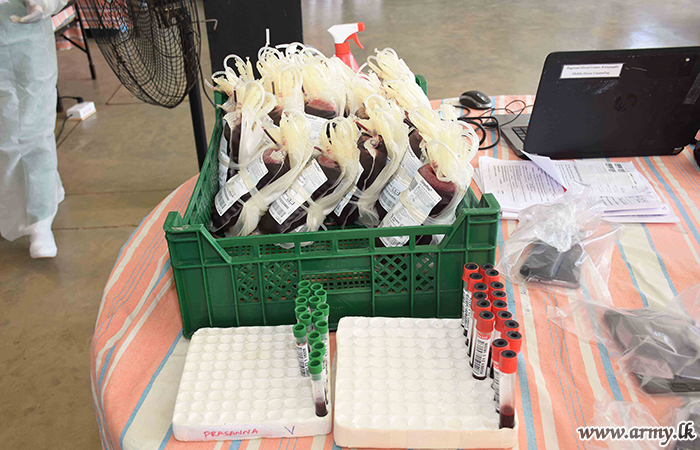 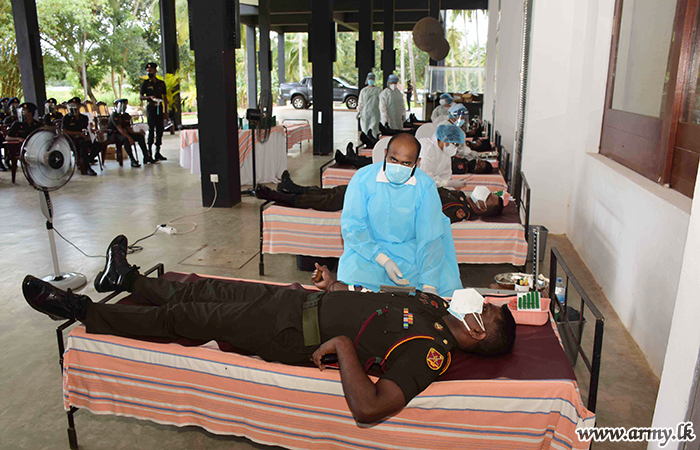