VATICAN AND NORWEGIAN ENVOYS ON VISIT TO NORTH

The Papal delegate Rev. Mario Zenario, Vatican Apostolic Nuncio, and a Norwegian delegation headed by Norwegian Ambassador Mr. Hans Brattskar, arrived in Jaffna yesterday (04 January 2005) on an official visit to see the loss and damage of the disaster.

The Vatican envoy visited the tsunami affected areas and Welfare Centres in the peninsula whilst the Norwegian ambassador was given a detailed account of civilians by SF (J) Commander at the SF (J) Headquarters as well as service personnel who were killed, injured, missing and displaced in the tragedy, progress of welfare programmes for victims and the present situation of the affected areas in Jaffna by the Mr. Tom Knappskon, Second Secretary to the ambassador, also attended the briefing.

The Norwegian ambassador was scheduled to tour in tsunami affected areas in Jaffna after meeting the Jaffna District Secretary, Mr. S Padmanadan. 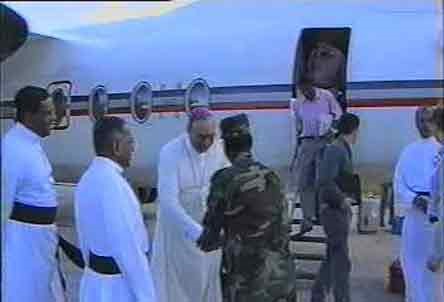 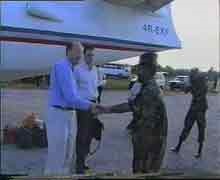