Ladies of the Army Seva Vanitha Unit (ASVU), led by Mrs Nayana De Silva, President, ASVU, considering the humanitarian aspect of the flood and landslide calamity in the country, went to tragedy-affected Aranayake area this morning (20) with a consignment of dry rations and essentials to the value of Rs 1 million.

The humanitarian project, launched as per a request of the Commander of the Army, Lieutenant General Crishanthe De Silva, was attended by HE the President’s daughter, Mrs Chathurika Sirisena and her husband, Mr Thilina Wewelpanawa, all of who visited relief centres in Viyaneliya, Debathgama, Siripura, Elangapitiya, Pallebage and Aranayake Rathanajothyaramaya temple before a stock of water bottles and essentials were distributed among the displaced, currently housed there.

The visiting relief team spoke to victims and shared their concerns and offered condolences to bereaved families after visiting the funerals of the victims.

The visiting ASVU team also did not fail to share a couple of thoughts with hundreds of Army troops, busy with relief operations in those areas before they left the area. Major General Sudantha Ranasinghe, Commander, Security Force - West was also present at the occasion. 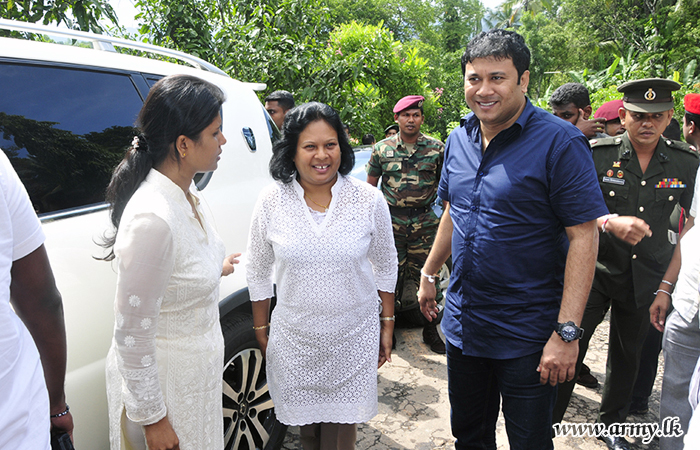 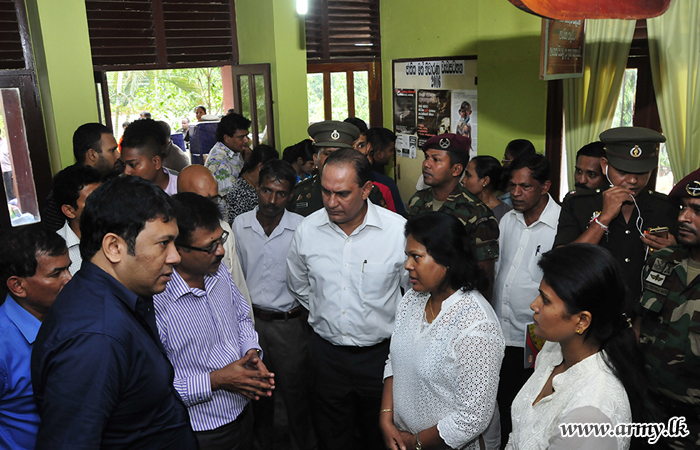 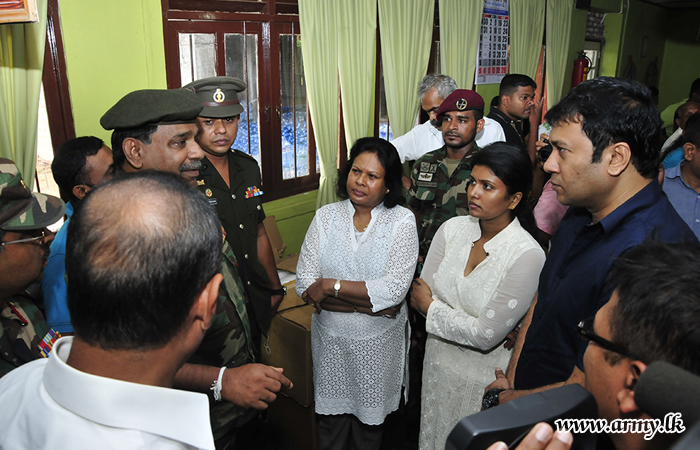 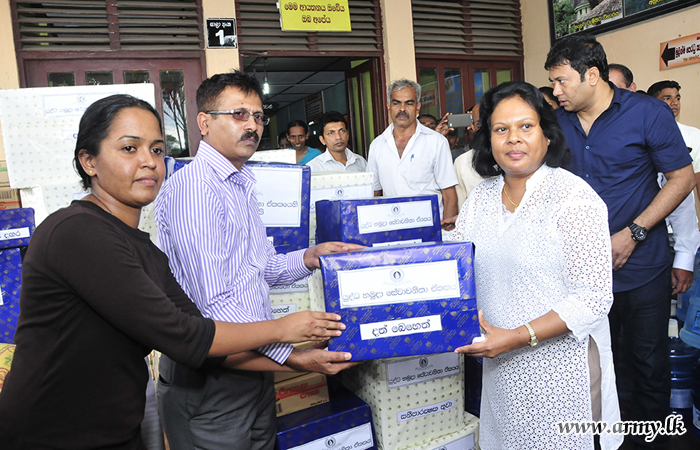 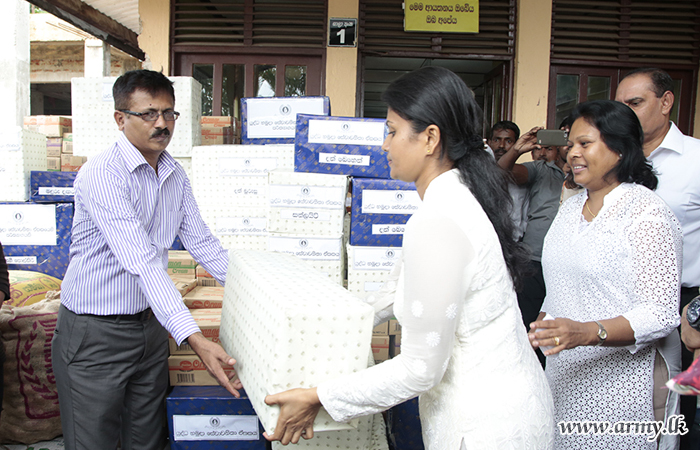 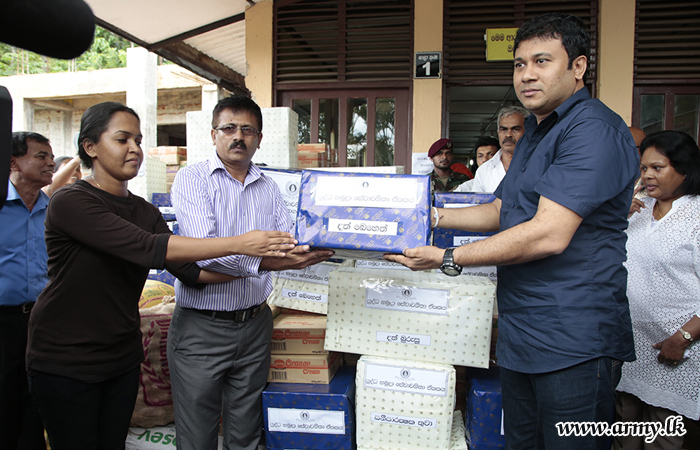 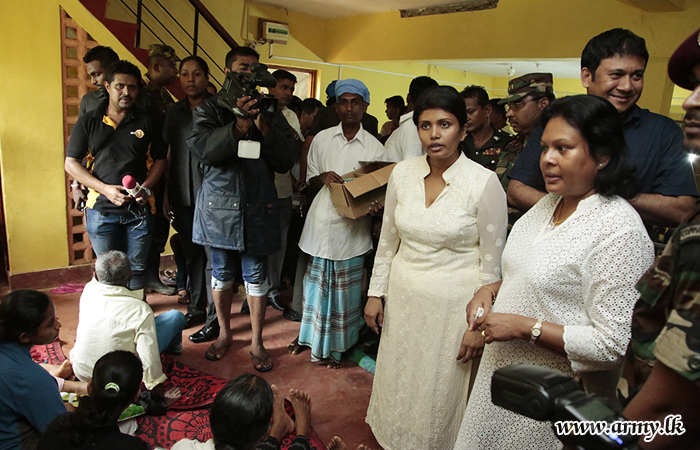 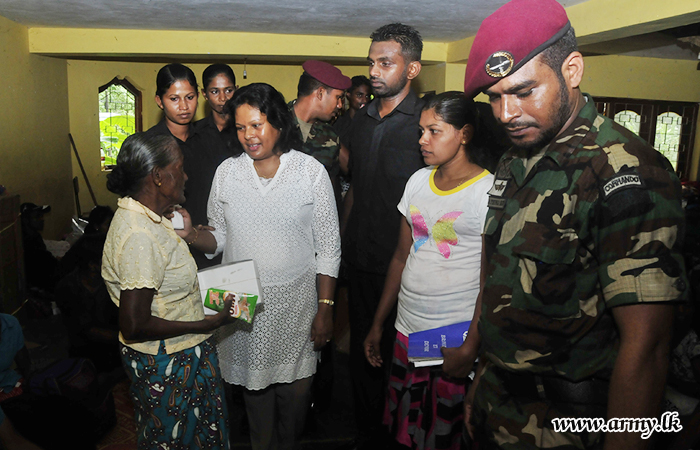 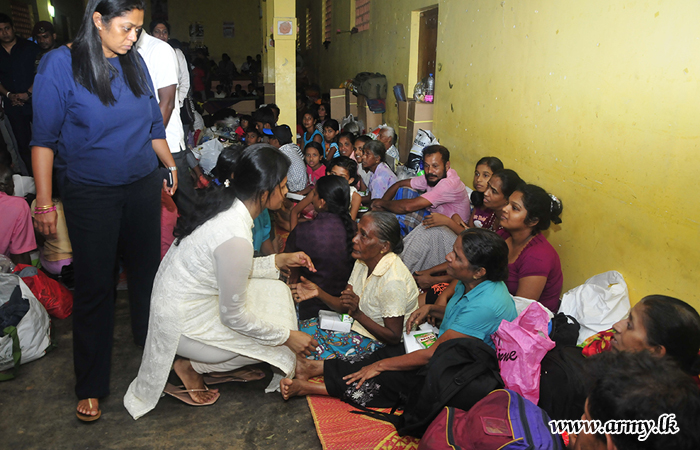 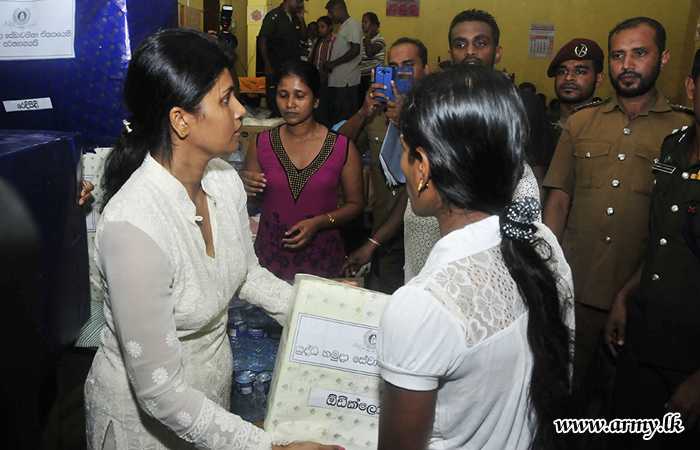 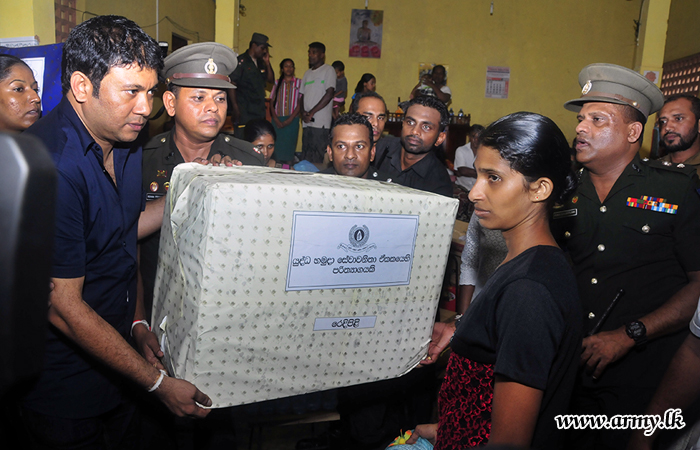 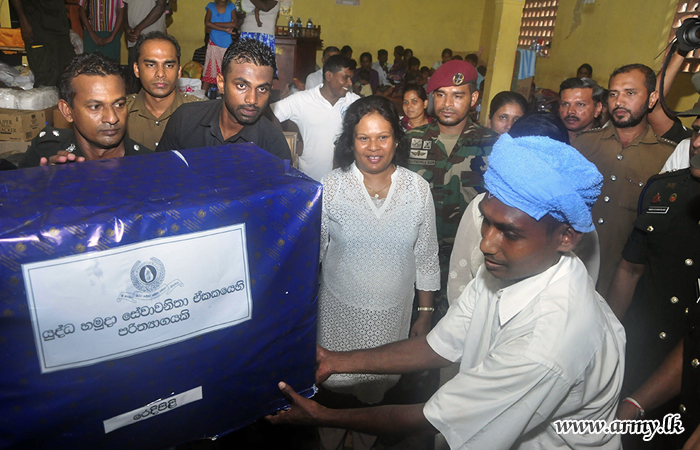 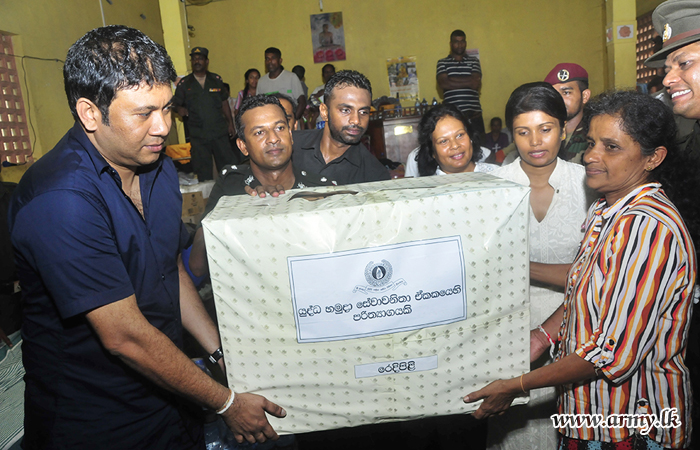 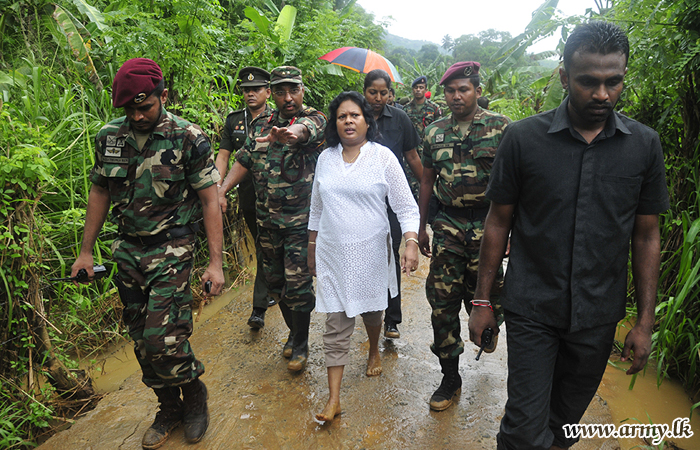