The first group of the 8th Army contingent of the Sri Lanka Army Medical Corps (SLAMC), bound for the United Nations Peace-Keeping Mission in South Sudan’s Level-2 Hospital (UNMISS) to serve the SRIMED Hospital left for South Sudan during early morning hours on Wednesday (29) amidst greetings of the Chief of Defence Staff and Commander of the Army, General Shavendra Silva who showed up at the airport despite his day's hectic schedules.

Soon after review of a simple parade, presented by those troops in honour of their Army Chief, this first group, comprised of 11 Officers and 22 Other Ranks before their boarding formalities interacted with the Army Chief who in turn wished them best of luck and reminded them of the importance of maintaining the highest level of discipline while serving and their commitment to the role and tasks in South Sudan. He shared a few thoughts with the troops and inquired into their preparedness and other concerns. A few Senior Officers were also at the airport to receive the Commander of the Army.

The rest of the contingent is due to depart on 31 January 2022 soon after the first group of the serving contingent returns home.

Senior officers including Major General Vikum Liyanage, Chief of Staff, Major General Nishantha Manage, Director General General Staff, Directors, SLAMC Senior Officers, Officers, Other Ranks were at the airport to see them off to the UNMISS in South Sudan. 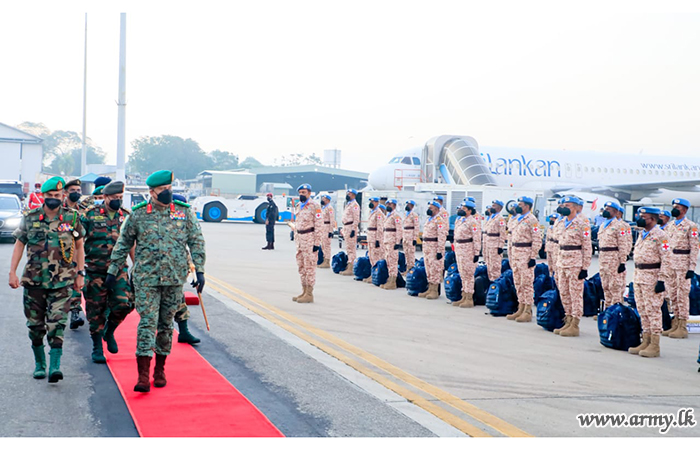 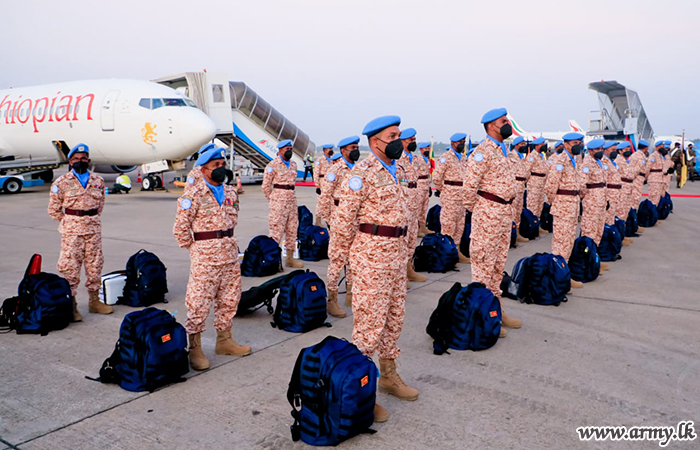 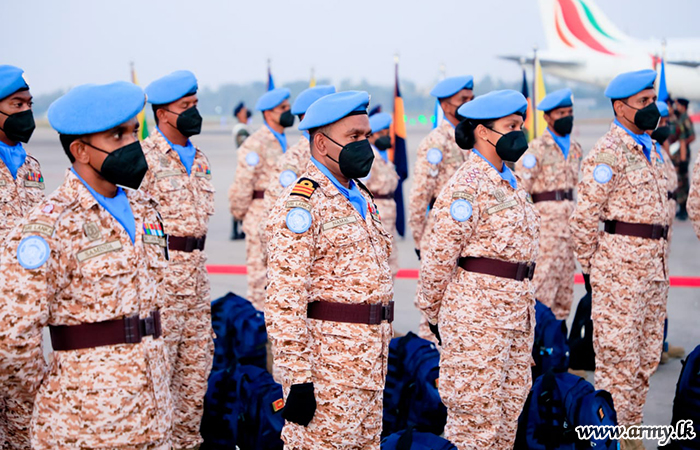 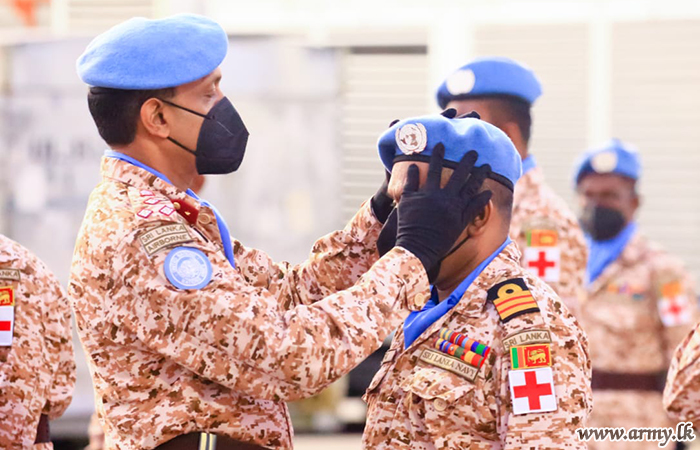 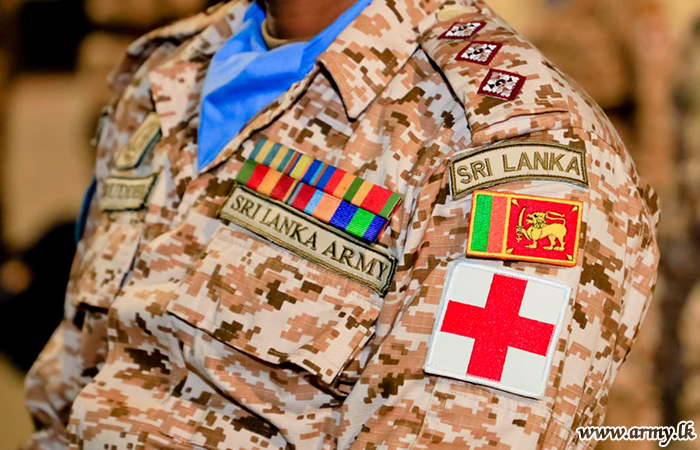 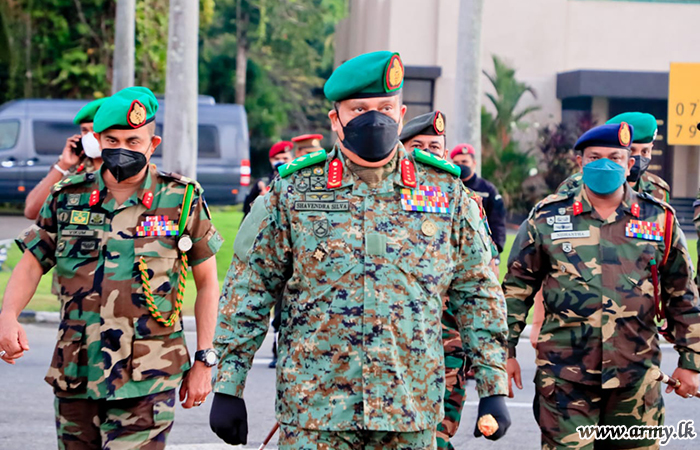 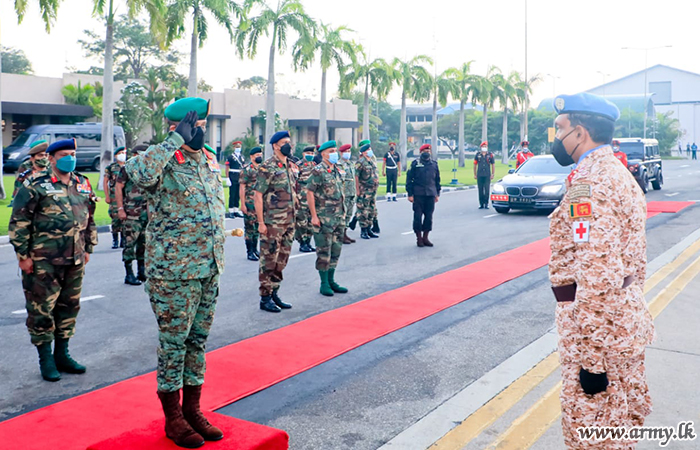 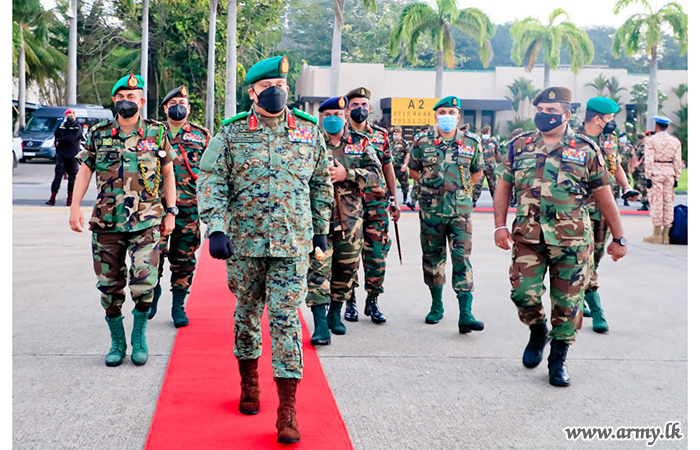 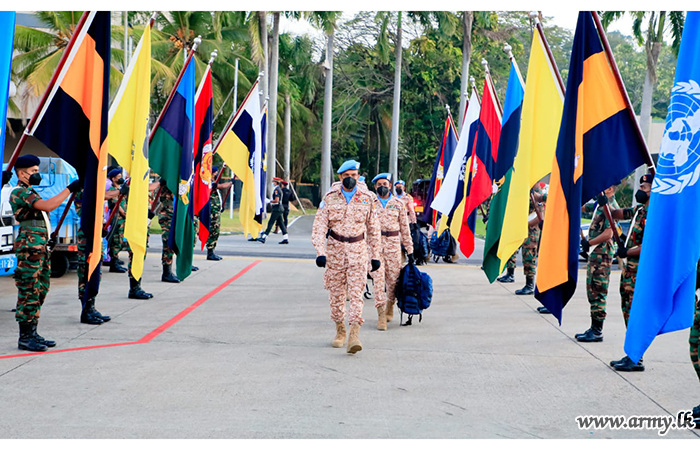 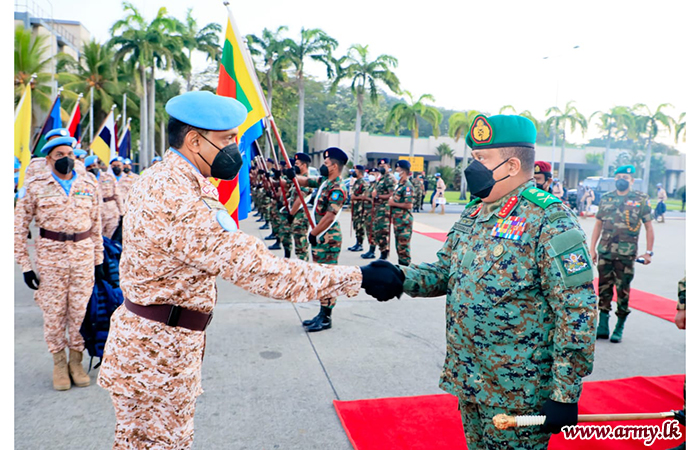 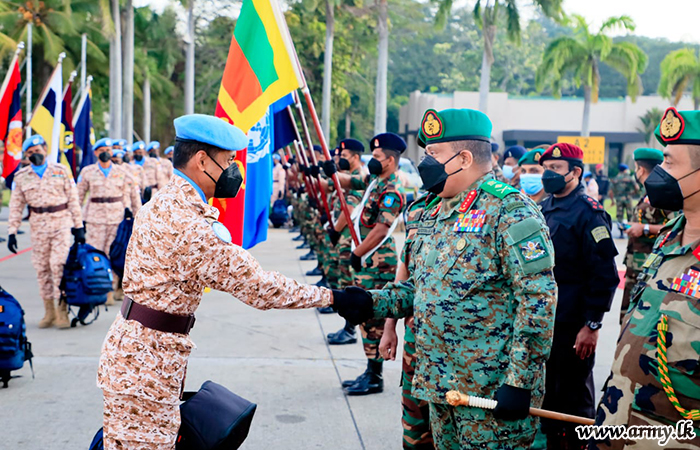 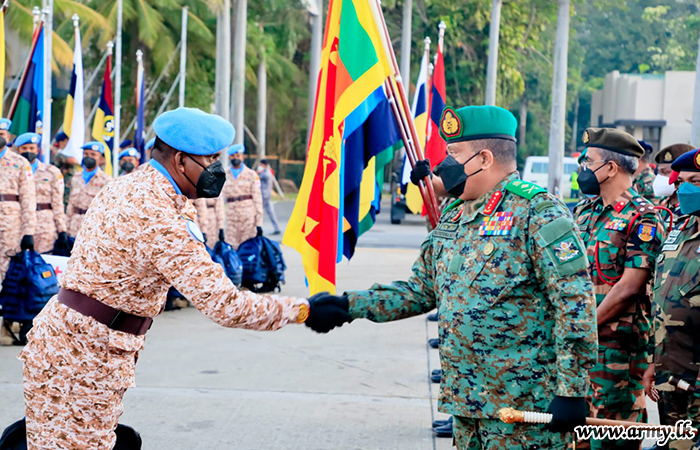 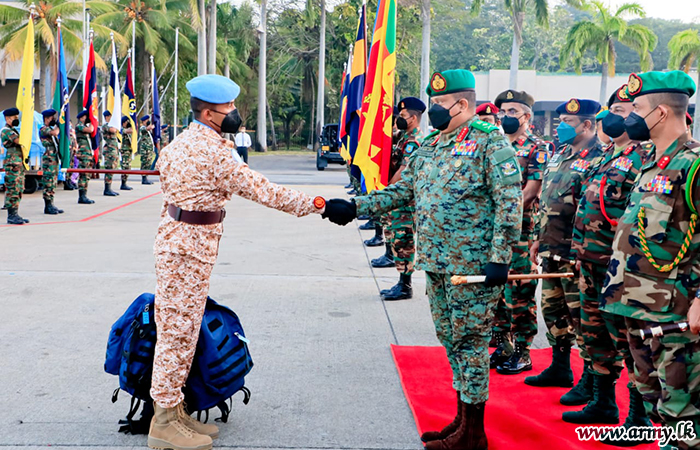 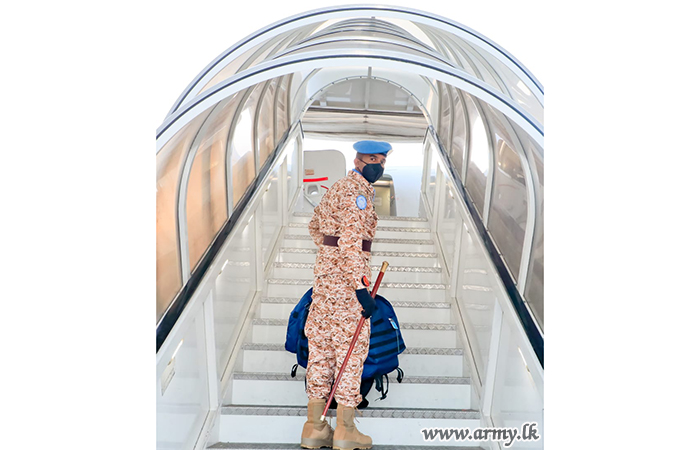 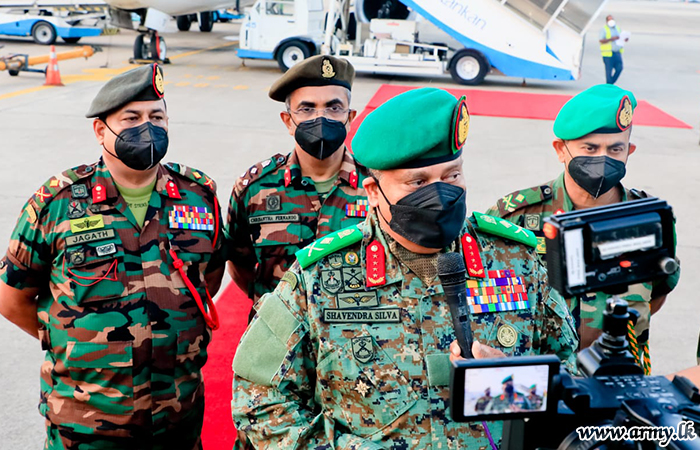