Dr. Shannon A. Brown of the US, Senior Lecturer (2017-Present), Center for Homeland Defence and Security Department of National Security Affairs, Naval Postgraduate School Monterey, California touching on the subject ‘Facets of the Global Security Landscape’ focused on four key threads, each shaped by proliferation: ongoing conventional wars; humanitarian and disaster relief operations that have become intensified as a result of conflict or environmental crisis; the fusion of terrorism with civil war, underpinned by revanchist or aspirational ideologies that seek to destroy borders and states; and “frontier threats” that include a portfolio of emerging technologies that have been adopted by combatants and provocateurs around the world.

“Understanding the contemporary security landscape requires a nuanced awareness of interrelated conditions and forces have converged in the 21st century; acknowledging the role of proliferation in its various forms which is vital to developing this awareness”.

“These are among the core security issues faced by defence and security professionals today. Recognizing the role of proliferation of ideas, capabilities, and the material of war and taking an aggressive approach to combating this movement in a manner that is consistent with democratic values, is a challenge not only for the armed forces, but for the whole of government of any state seeking to preserve its legitimacy and integrity as a sovereign actor in the international community”.

He also pointed out the conflict or the cooperation for resolution of the issues has to be a balanced act unlike in the past since non state actors would also interact and resort to their objectives in a convincing way. Authentic Nike Sneakers | Nike Air Force 1 Shadow White/Atomic Pink-Sail For Sale – Fitforhealth 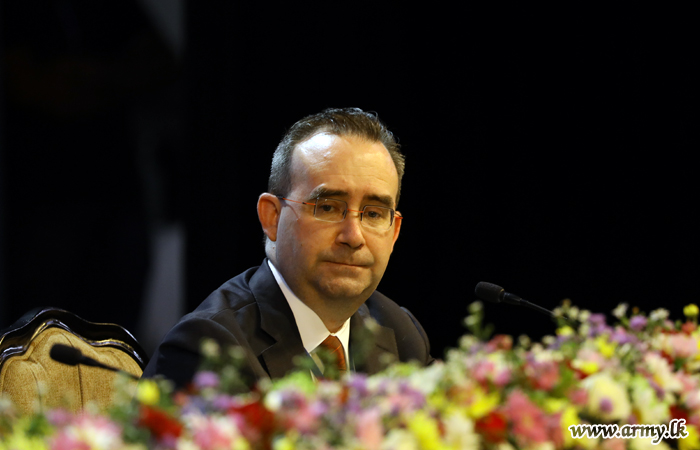