Security Force Headquarters - Mullaittivu (SFHQ-MLT) as part of its routine Wednesday lecture programmes, effected on the directions of the Commander of the Army, organized two lectures at the SFHQ-MLT premises on Wednesday (12).

Meanwhile, Warrant Officer - II R.M.U Bandara with the intention of enhancing knowledge of the other rankers conducted a lecture on ‘LTTE’s Birth and Its Evolution’ during the same time at a separate location. 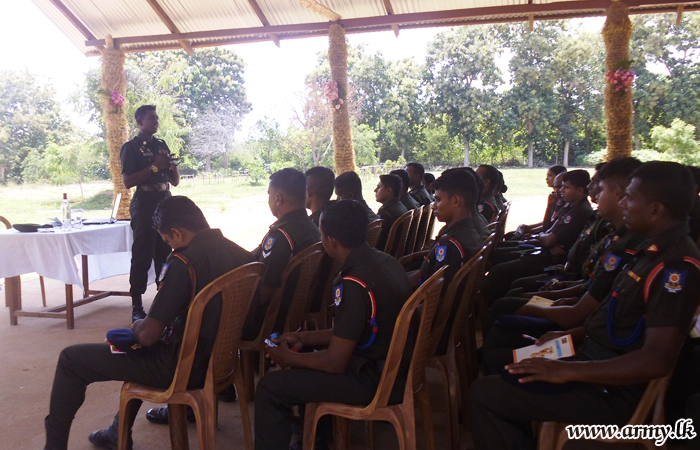 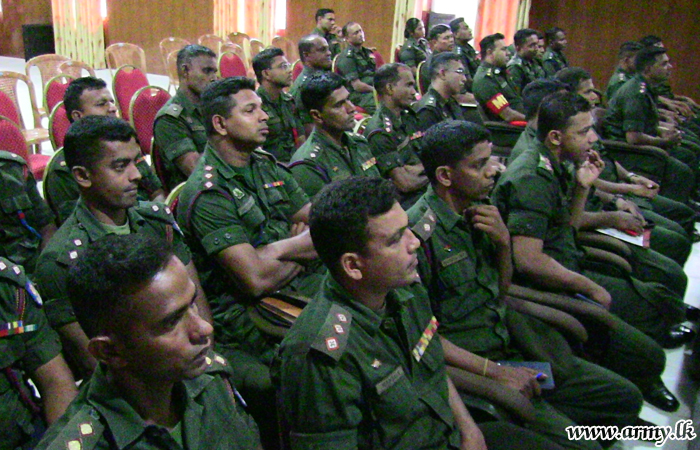 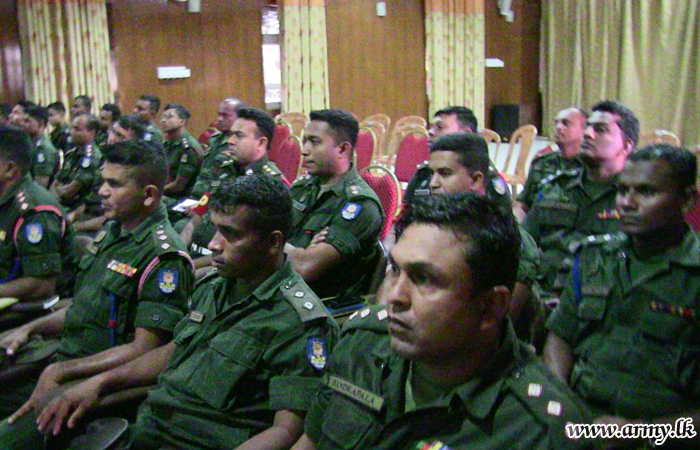