20 Sri Lanka Light Infantry troops serving the SFHQ-Kilinochchi, continuing the SFHQ-KLN’s house-building community project as per directions of the Commander of the Army recently built one more new house for a needy family in Mukkompon area in Kilinochchi with sponsorship received from a Sri Lankan in Italy at the request of Major General Harendra Ranasinghe, Commander Security Forces - Kilinochchi.

The formal handover ceremony to the beneficiaries was presided by Major General Harendra Ranasinghe as the Chief Guest. Mr Pushpa Kumara of Padukka currently resident in Italy in response to the Kilinochchi Commander’s request offered financial assistance for construction of the house for the needy family with children.

The community project, aimed at promoting gestures of reconciliation, goodwill and harmony was completed by 20 Sri Lanka Light Infantry troops under the supervision of the Commanding officer, Lieutenant Colonel Chaminda Kumara. In addition to their construction expertise, the same 20 SLLI troops were generous enough to buy a stock of essential provisions and household items for the family of Mr Udayasooriyan at Mukkompon, Kilinochchi who are living in abject poverty with family members.

In keeping with Hindu traditions, the simple ceremony got underway, sticking to strict health regulations. The Divisional Secretary for Pooneryn, General Officer Commanding of the 66 Division, Major General Ajith Dissanayake, Commander 662 Brigade, Colonel Chaminda Liyanage, Other Ranks who accomplished the project were present at the ceremony.

Meanwhile, expanding the project further, the SFHQ-KLN, following sponsorship collected from philanthropists, known to the 20 (V) Vijayabahu Infantry Regiment (VIR), erected one more new house for a needy family in Skandapuram, Kilinochchi and vested it in one Mr Joseph Kamalas Fernando and his family.

Major General Harendra Ranasinghe as the Chief Guest attended the house-warming that got underway in accordance with Hindu traditions. The project was meant to uplift living standards of poor people in the area with the motive of further promoting gestures of goodwill, reconciliation and harmony between the Security Forces and the civilians.

At the same occasion, a stock of household equipment, dry ration packs and fresh vegetables were also gifted to the beneficiaries by the same 20 (V) VIR troops with the support of private donors. Manpower assistance and technical expertise for the construction work were also provided by 20(V) VIR troops under the guidance of the 66 Division Commander, Major General Ajith Dissanayake and the Commander 662 Brigade, Colonel Chaminda Liyanage.

Major General Harendra Ranasinghe after the brief ceremony spoke to Army troops who built the new house and commended them for their excellent contribution. 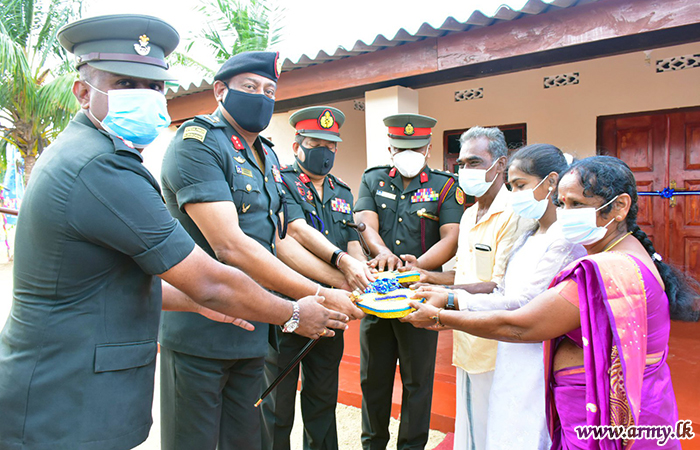 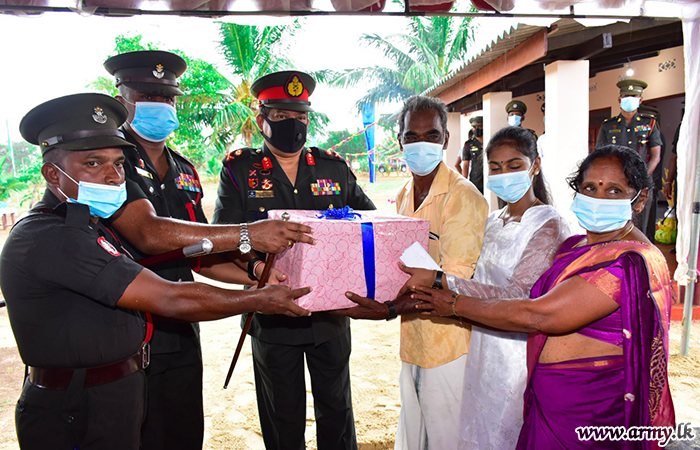 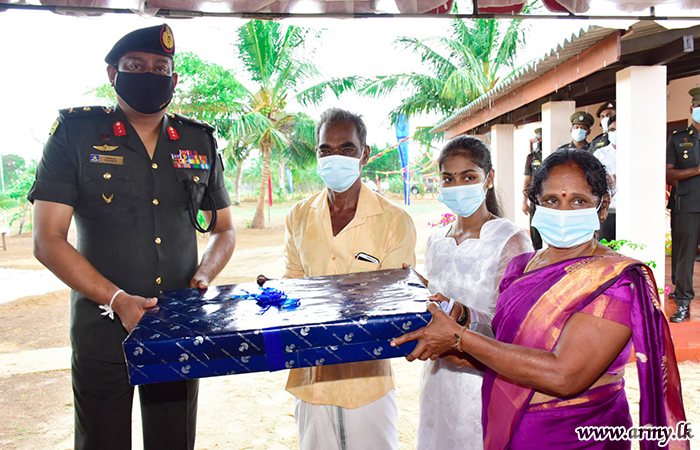 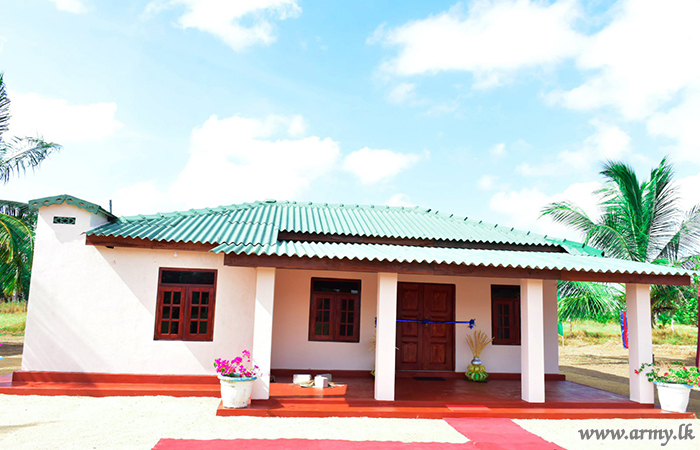 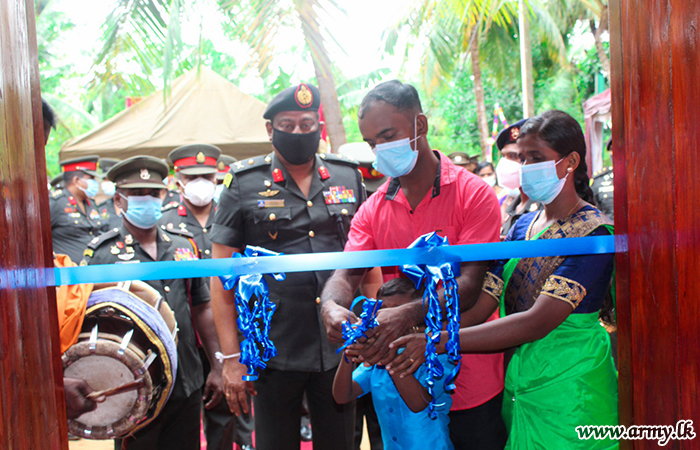 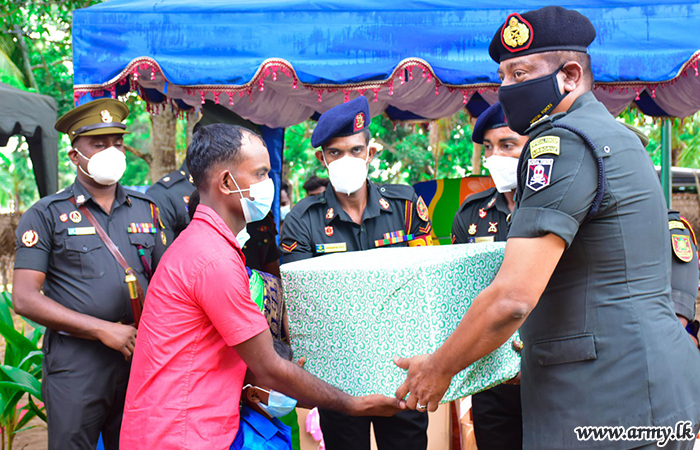