The ambassador of the Republic of Turkey HE Tunca Qzcuhadar Wednesday (4) afternoon paid a courtesy call on the Commander of the Army, Lieutenant General Crishanthe De Silva at the Army Headquarters.

A cordial exchange of views on matters of bilateral importance focused on ongoing Army projects in various areas and the good relations that have been maintained between Sri Lanka and Turkey for so many years.

Towards the end of the friendly meeting, both of them exchanged mementos as tokens of goodwill and understanding.

Major General Mahesh Senanayake, Military Secretary was also associated with the meeting at the Commander’s office. 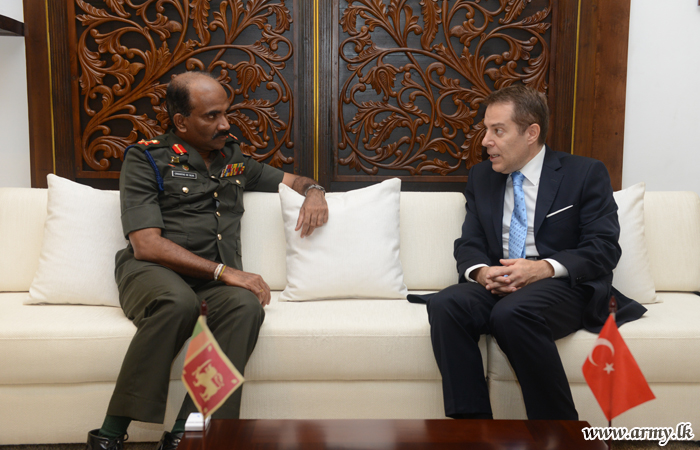 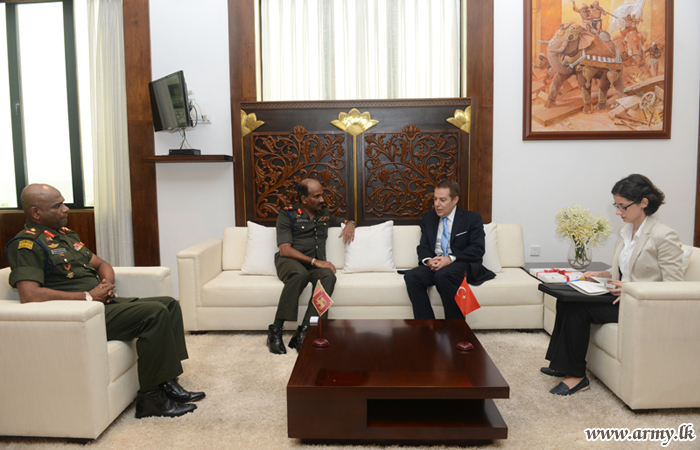 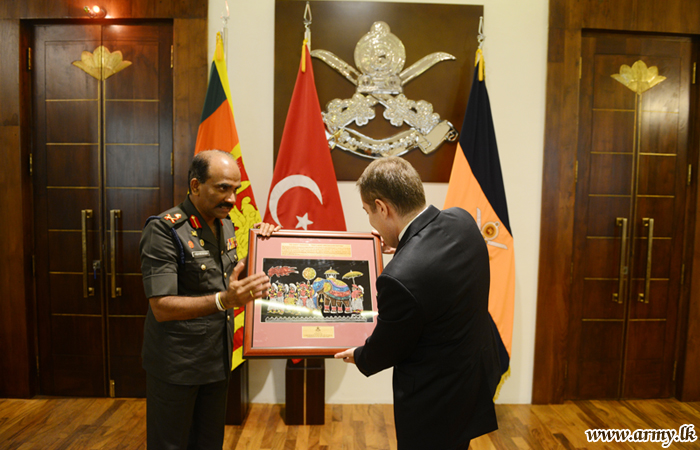 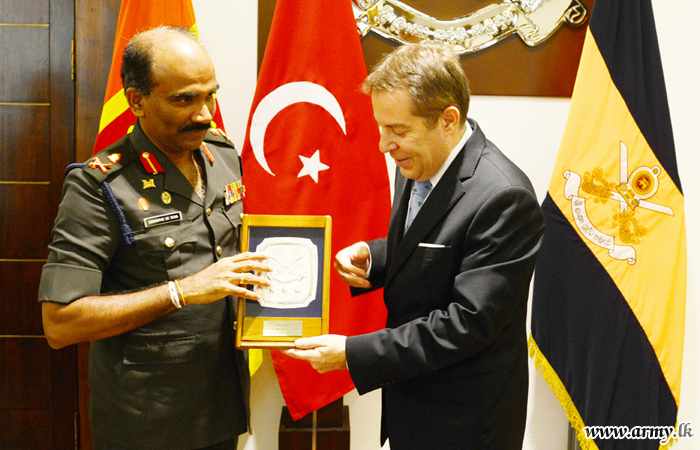 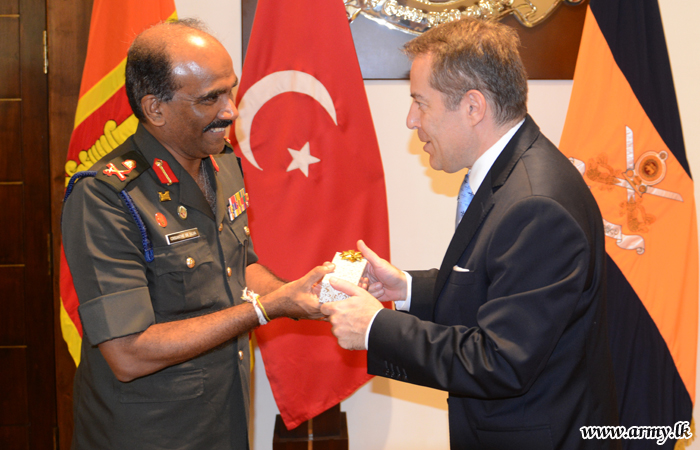 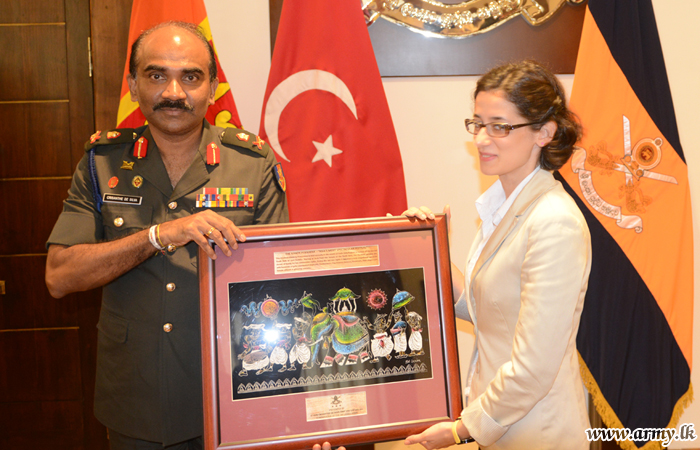 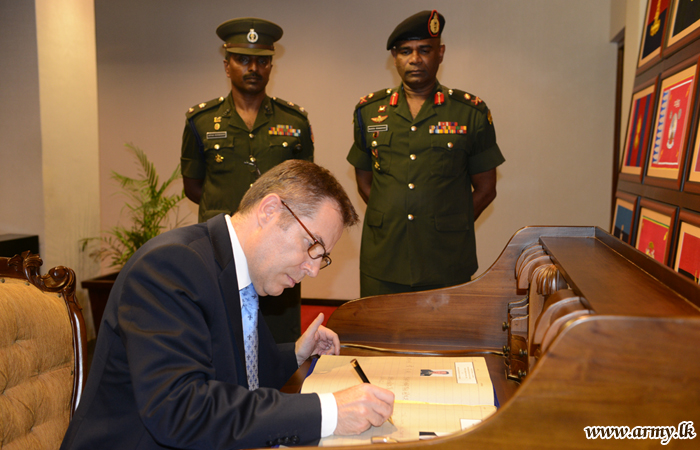 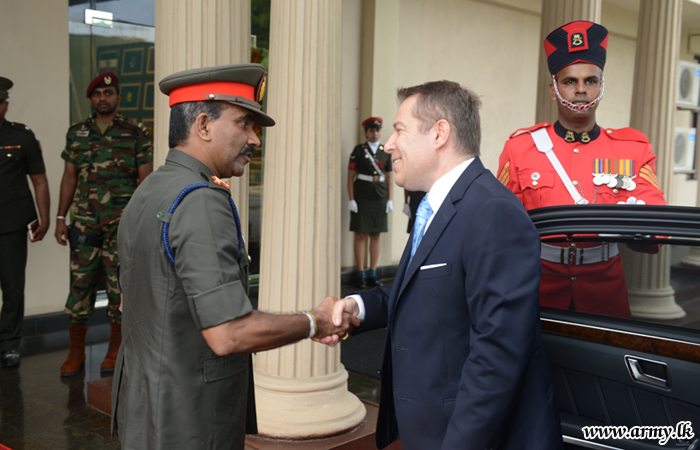