More than 100 civilians hand in hand with 150 Army personnel of 10 Sri Lanka Light Infantry (SLLI) and 19 Sri Lanka Light Infantry troops of the 65 Division under the Security Force Headquarters – Killinochchi (SFHQ-KLN), on being informed by the civilians that the Uyilankulam tank bund in Thunukkai Divisional Secretariat in Killinochchi, has been threatened with a major breach in a specific location, rushed to the spot and averted its imminent piercing by stacking more than 2800 sand bags early on Sunday (27).

Farming civilians in the area reached the 65 Division Headquarters late Saturday (26) afternoon and informed the General Officer Commanding of the impending danger and sought assistance to minimize the damage as torrential rains continued to pour in the area.

65 Division Headquarters immediately got in touch with the Irrigation Engineer for Mullaitivu and simultaneously alerted the Kilinochchi Disaster Management Centre about the imminent disaster, who also responded positively. Major General Niyshshanka Ranawana, Commander, SF-KLN was also simultaneously informed of the urgent need.

In the meantime, on the directions of Major General Kumara Peiris, General Officer Commanding (GOC), 65 Division, and other authorities immediately jumped into action and started collecting soil and transporting it in a few more than 50 tractors with the active support of those civilians in the area.

Within a few hours, all gathered there, led by Army personnel worked throughout and succeeded in preparing more than 2800 sand bags for stacking around vulnerable spots along the tank bund which has by then reached almost spill levels.

In the company of the GOC, DMC and Irrigation Department authorities closely observed all emergency preventive measures, advised accordingly and encouraged the workforce.

By early hours on Sunday (27), troops completely brought the situation under control and eliminated the threat of bank piercing. More than 500 families are reportedly living in Uyilankulam tank surroundings. 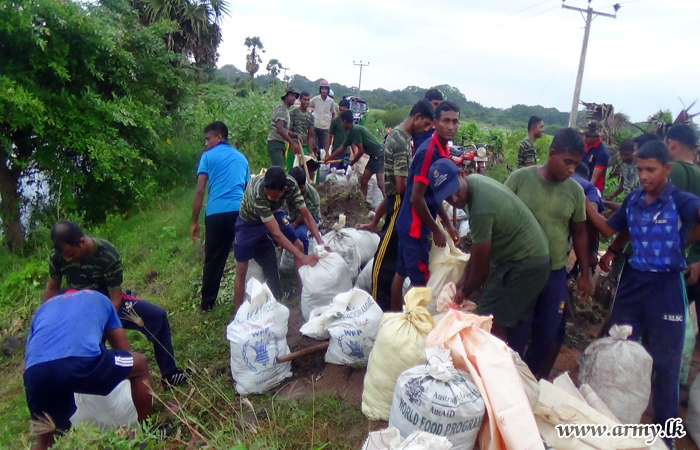 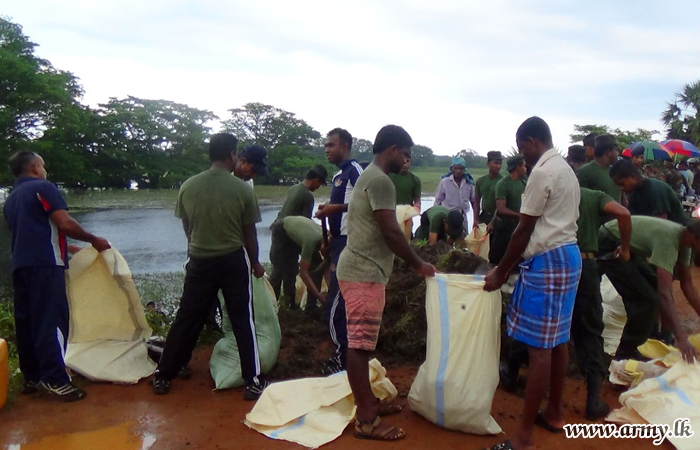 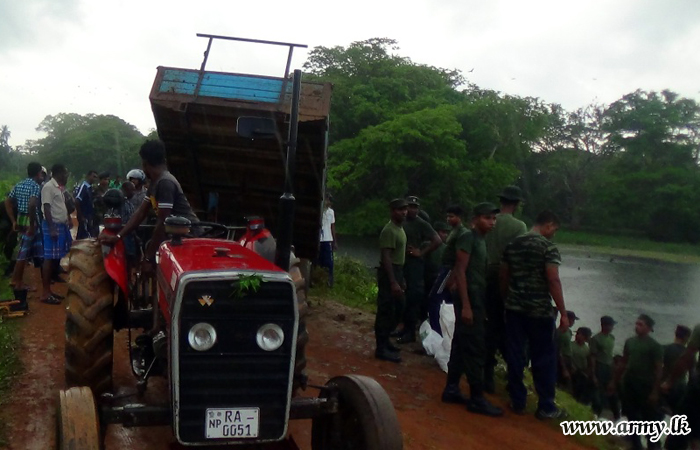 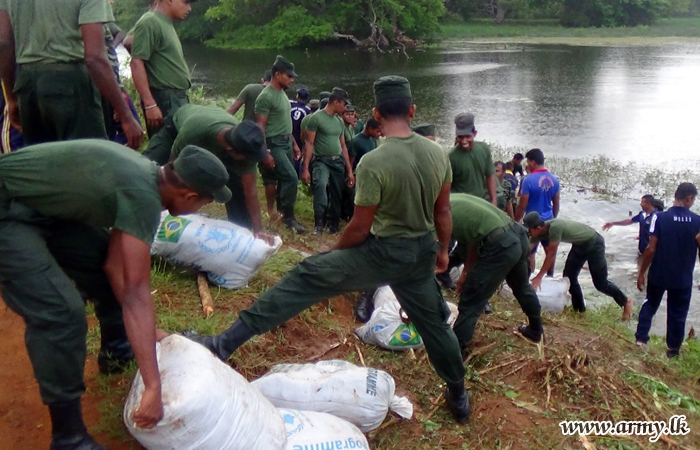 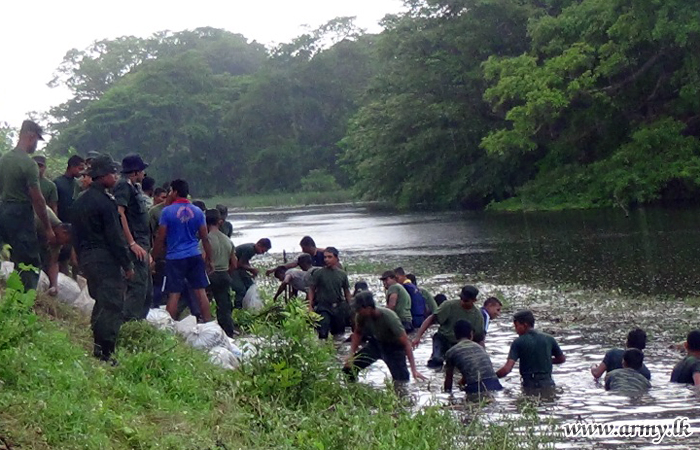 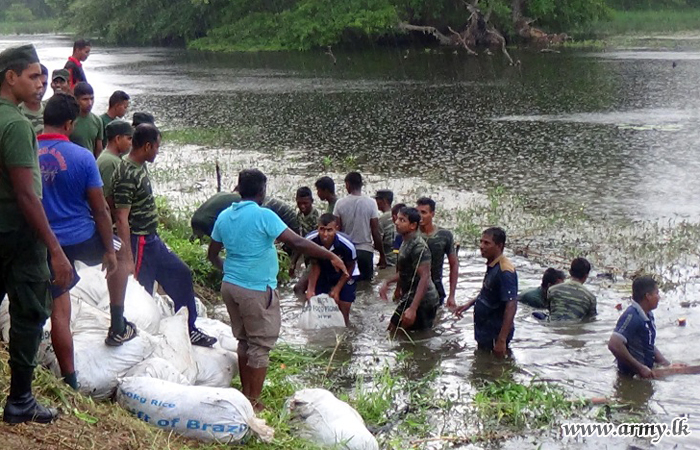 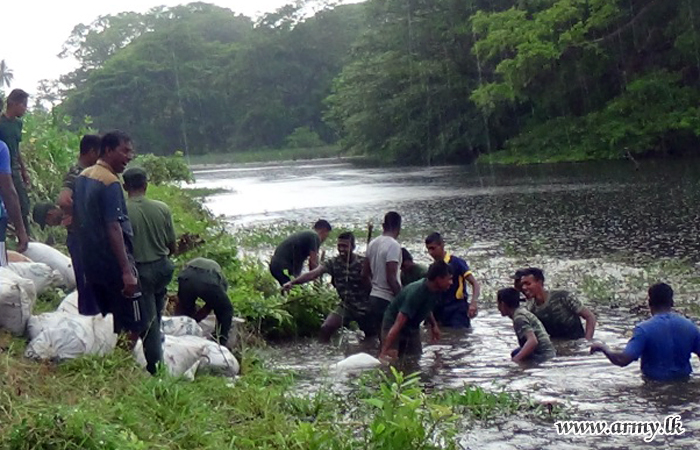 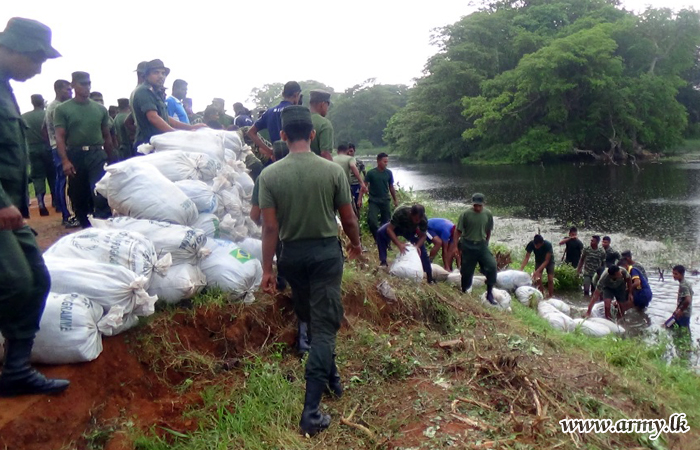 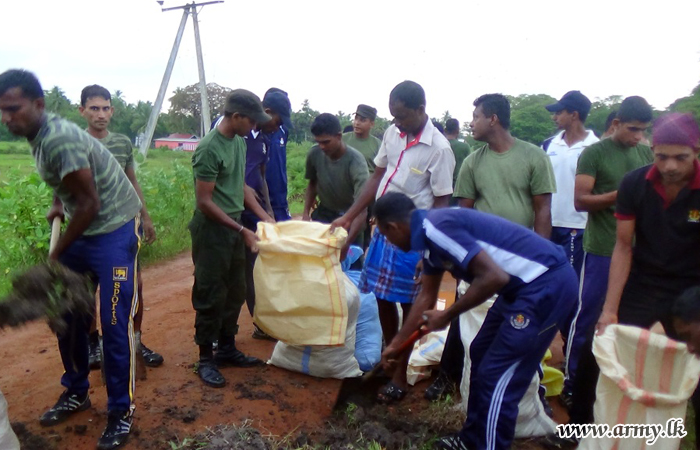 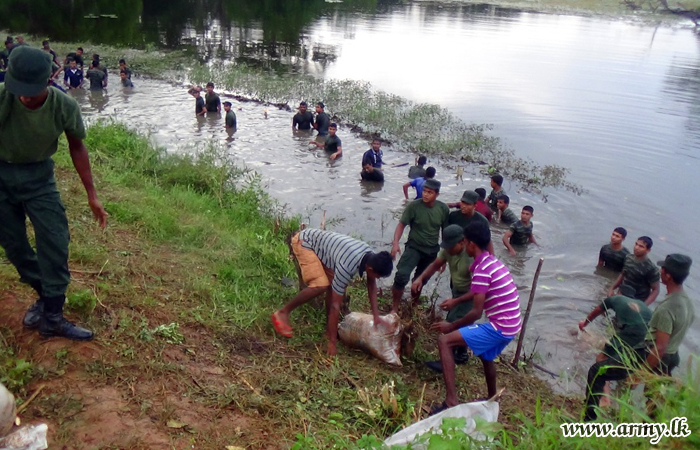