A team of Army personnel, together with National Building Research Organization (NBRO) and Disaster Management Centre (DMC) officials on Thursday (11) morning undertook a climbing rope expedition into the Pahala Kadugannawa rock precipice in order to closely inspect geological erosions with incessant rains, down below the mountain after the area was threatened with earth-slips.

1 Captain of the 8 Sri Lanka Sinha Regiment went down the cliff using a climbing rope with the help of other troops present at the location and took necessary images and observations closely inspecting gushing waterways below the rock and other manifestations to be produced before experts. Troops also assisted the evacuation of those mini shops from one side of the main road as a precautionary measure with support of Policemen and vendors.

Meanwhile, Army troops of the 141 Brigade under the 14 Division on Thursday (11) around 10.30 am rushed to Gammana road at Akarawita, Gampaha at the request of the civilians in the area and put up a temporary wooden bridge after a culvert under construction was washed away by gushing flood waters. Troops using galvanized pipes and wooden planks erected a temporary by-pass bridge, enabling the movement of civilians in the area as an emergency measure.

1 Sri Lanka Pioneer Corps troops under command to the 612 Brigade of the 61 Division under the Security Force Headquarters - West assisted civilians and administrative authorities in the flood-affected general area of Mathugama to continue their routine duties on 07 November 2021.

Meanwhile, 8 Sri Lanka Sinha Regiment troops under command to the 611 Brigade of the 61 Division under the SFHQ-West conducted search and rescue operations in the general area of Hathagoda - Galigamuwa after a huge earth mound buried a family alive due to torrential rains. Troops were able to recover two dead victims inside earth mounds on Thursday (11).

In the meantime, 58 Division troops of the 1 Corps on Thursday (11) distributed more than 150 cooked meals among flood-affected victims in the general area of Daluwa. General Officer Commanding, 58 Division and Commanding Officers closely supervised the project.

Troops of the 6 Sri Lanka Sinha Regiment (SLSR), based in Visuamadu under command to the 572 Brigade of the 57 Division of the Security Force HQ - Mullaittivu responded swiftly and helped civilians and state authorities after floods affected the Kandaweli area on Wednesday (10).

Troops assisted to clear the culverts and drains to reduce the water level in inundated areas. Affected civilians were provided all assistance and their properties considering the emergency nature were given security until the flood threats receded from the area.

As per the directions given by Major General Priyantha Jayawardana,General Officer Commanding, 57 Division, it was conducted by the troops under the instructions of Brigadier Nishantha Muthumala, Commander 572 Brigade. The Commanding Officer 6 Sri Lanka Sinha Regiment closely supervised the project. 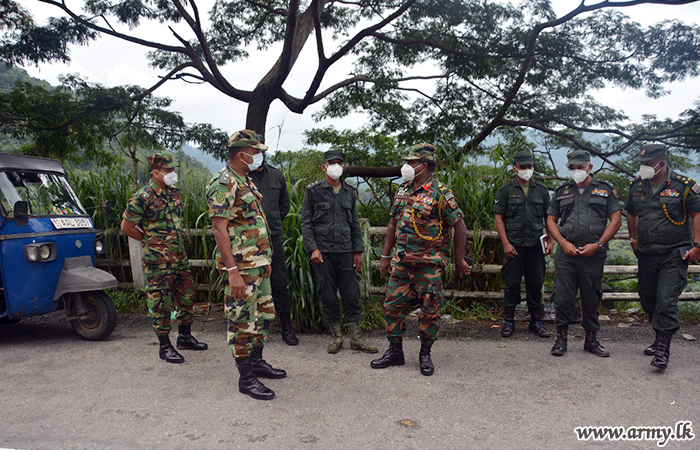