Members of the Armed Forces and Police personnel joined hundreds of Hindu devotees who were celebrating Thai Pongal Day in Jaffna and elsewhere throughout Saturday (14) as it marks an important day of offering related to their agricultural harvests.

In Jaffna, Major General G.A. Chandrasiri, Commander of the Security Forces Headquaters in Jaffna paid his homage at the Kandasamy Kovil in Mavadipuram after making offerings along with a group of soldiers.

Commander of the Army Lieutenant General Sarth Fonseka took a special interest in this regard as it was a holy day for thousands of Hindu devotees resident in cleared areas in Jaffna. 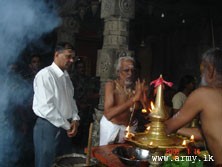 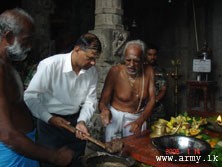 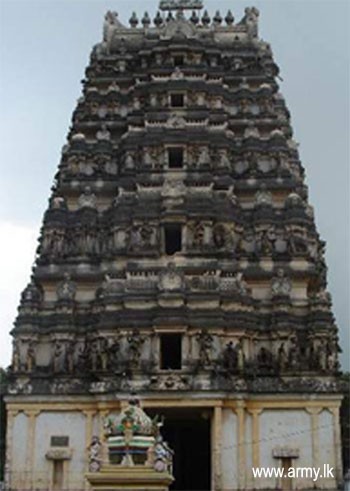 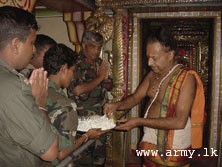 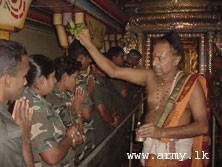 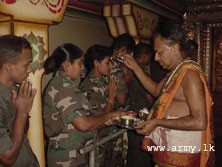