Troops of the 581 Brigade in Kotagala evacuated two families after their houses were struck by fallen tree branches due to gushing winds in the general area of Dickoya, Batuwagala on Tuesday (13).

On information received, troops after reaching the affected location rescued a girl trapped inside debris of damaged houses and rushed her to the nearest hospital because of her wounds. Troops at the same time removed all fallen trees, repaired damaged roofs and walls and facilitated the occupants to live in those two houses. 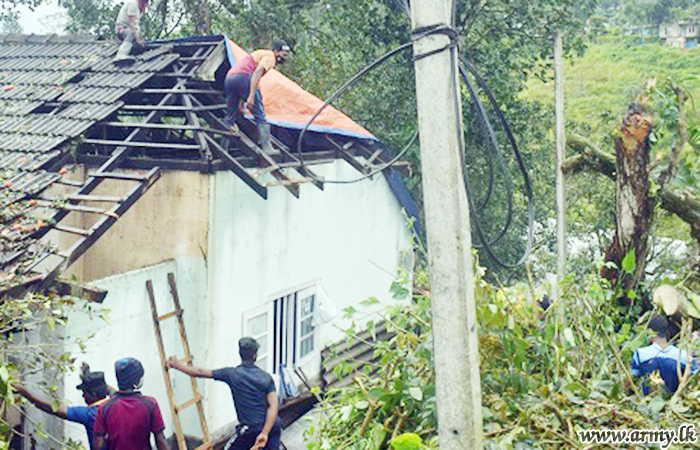 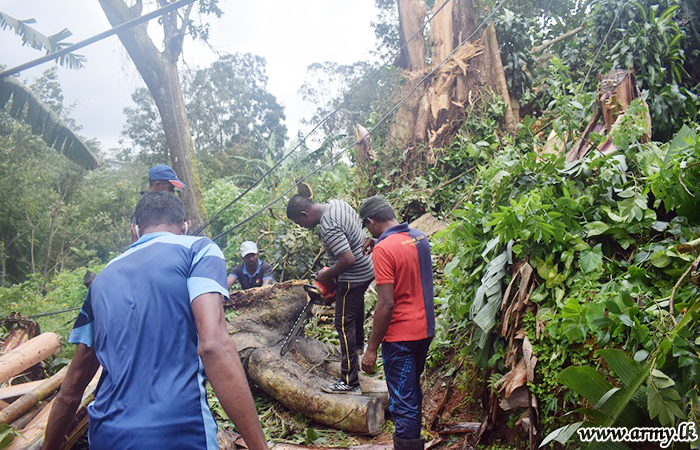 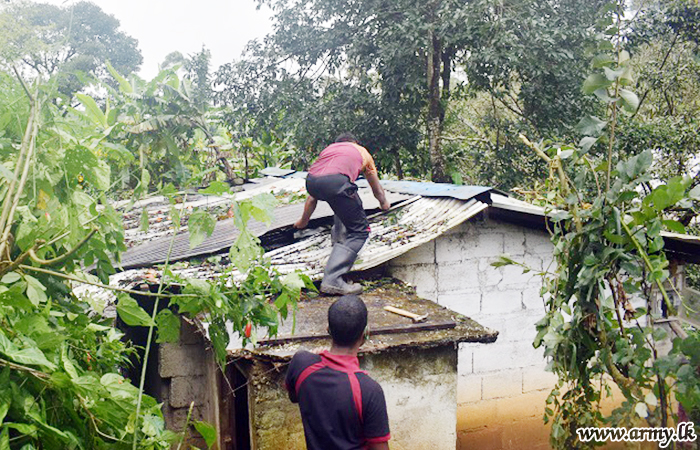 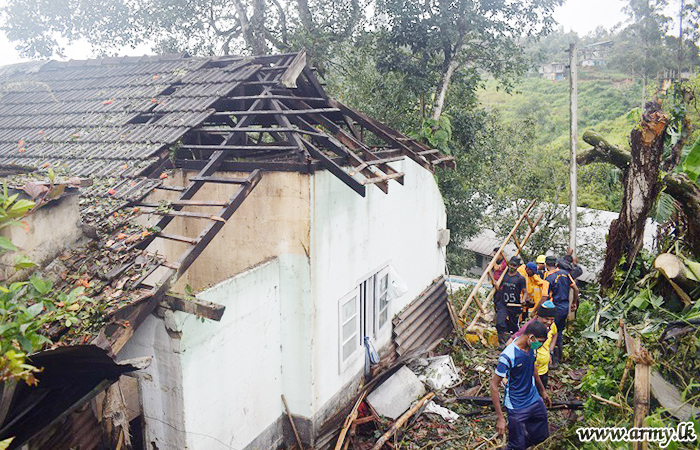 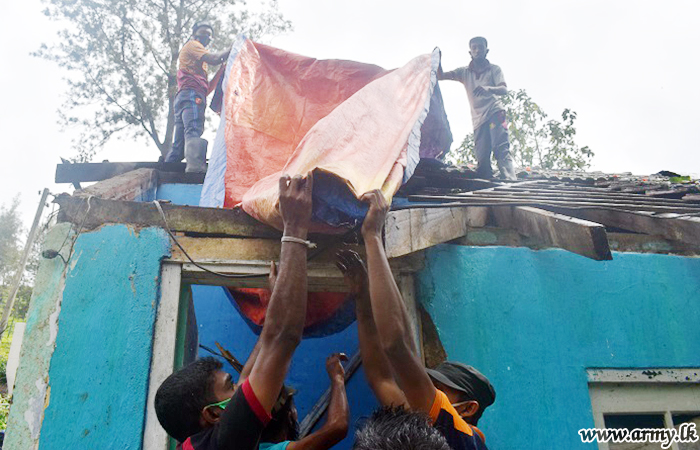 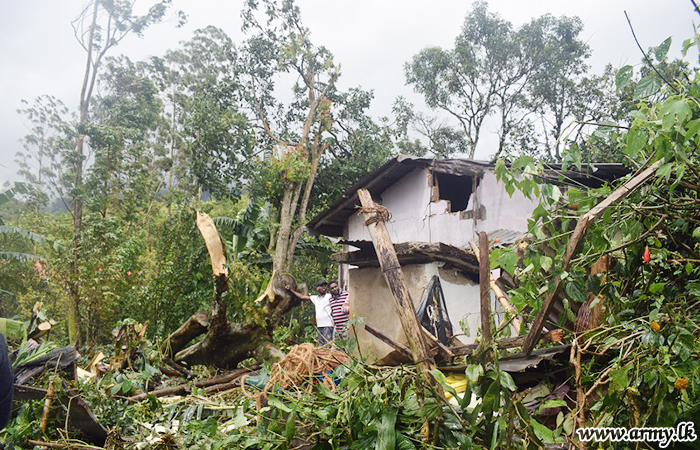