23 Gemunu Watch (GW) battalion troops under the 552 Brigade of the 55 Division under command to the Security Force HQ - Jaffna (SFHQ-J) considering the need for promotion of educational standards among deserving students at Muhamalai RCTM School offered a large stock of school accessories as incentives on account of the World Children’s Day on Friday (2).

Those troops launching this community project as a gesture of goodwill and co-existence contributed for purchase of those incentives.

Lieutenant Colonel Chaminda Dissanayake, the Commanding Officer of the 23 Gemunu Watch on the guidelines given by the Commander, 552 Brigade, Colonel Prabath Munipura and the General Officer Commanding, 55 Division, Brigadier Sisira Pilapitiya launched the project in Muhamalai area.

552 Brigade Commander, Commanding Officer, 23 GW, Officers, Principal, teachers and a group of Army personnel were present during the event. 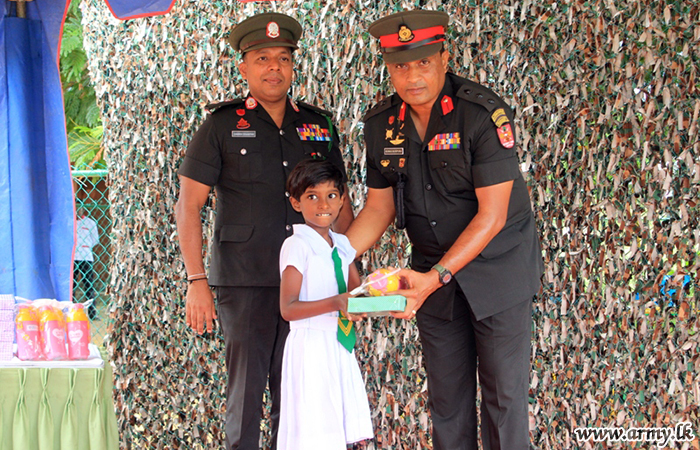 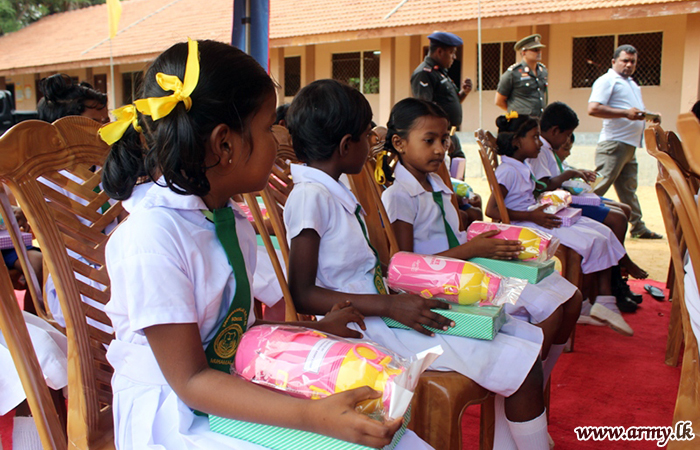