A pre - school building for kids at Navatkuli village, constructed by the troops under command to the 52 Division and 523 Brigade, was declared open by the Commander Security Forces-Jaffna, Major General Priyantha Perera on Friday (17).

This, much needed pre-school building for kids at Navatkuli village was made a reality upon the request made by their parents as a result of recent discussions, held between the Security Forces Commander and villagers during an official visit made to identify the villager’s plight. 52 Division troops undertook this noble task and completed the construction within a very short period of time after funds were allocated. 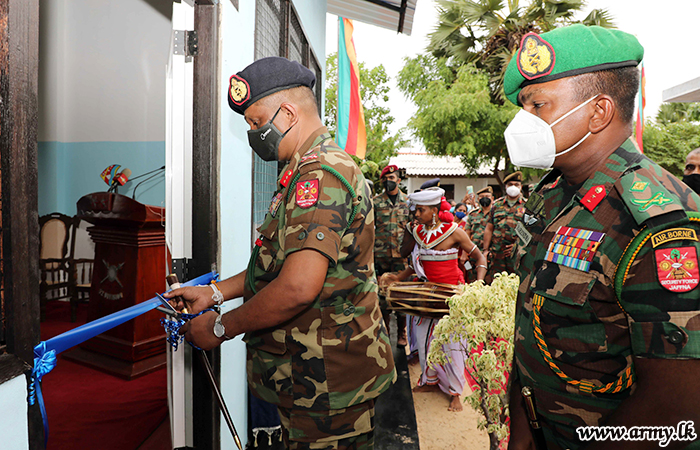 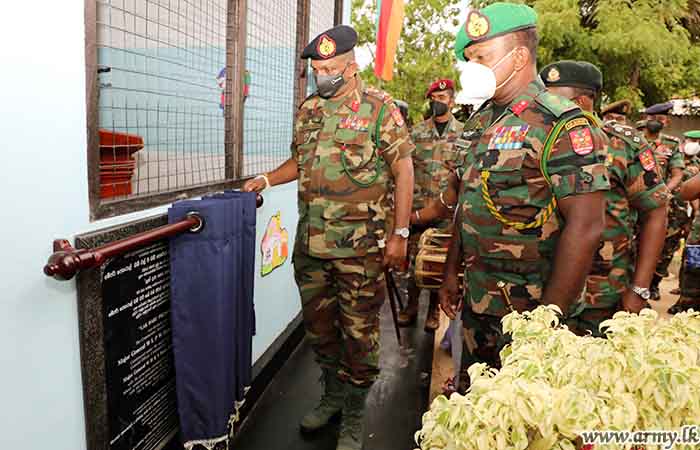 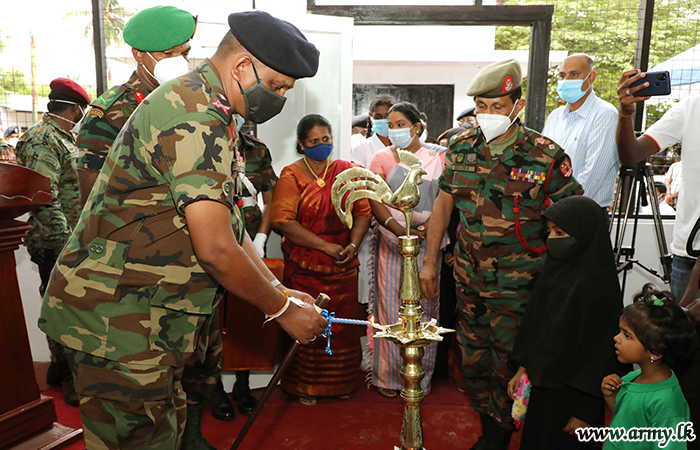 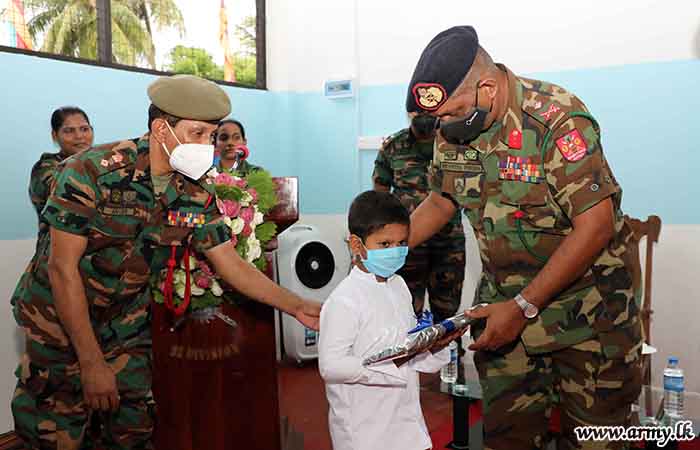 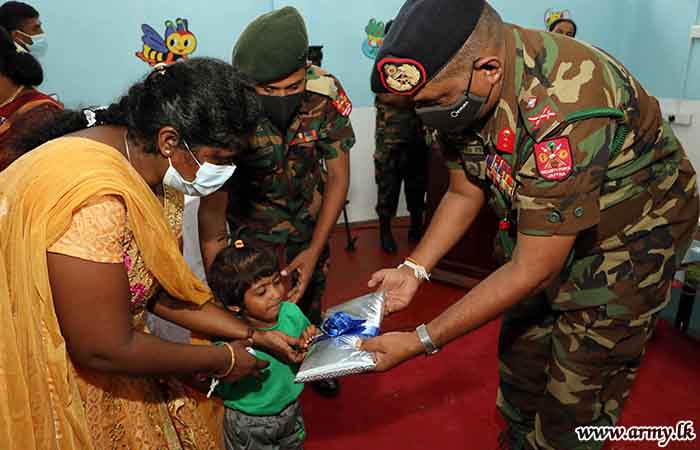 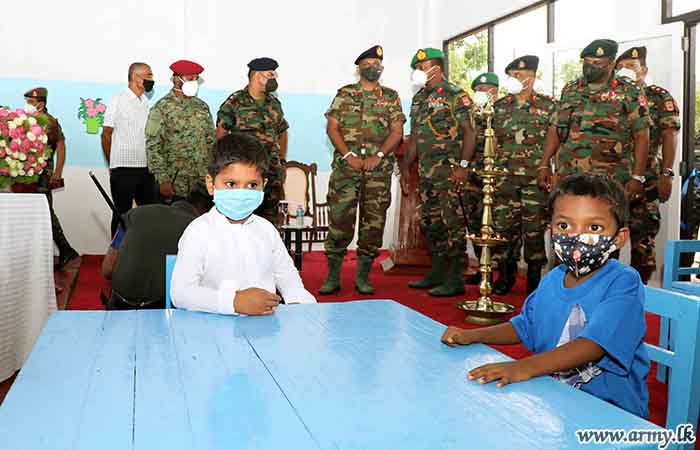 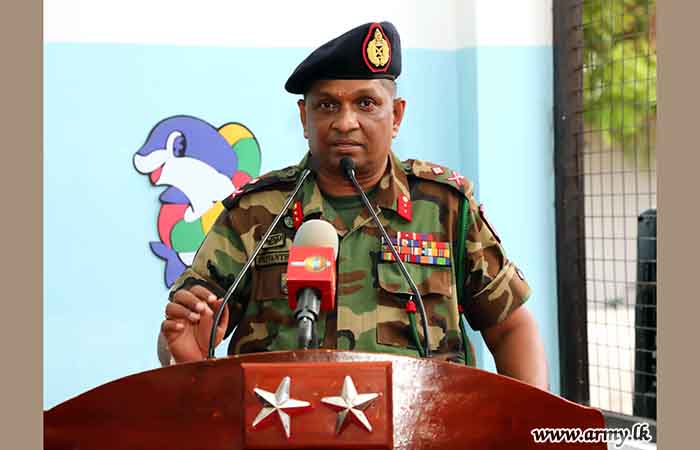 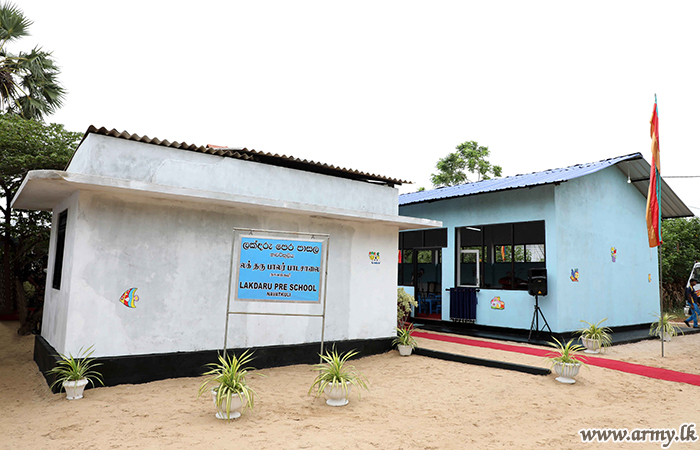