Troops Back Dengue Eradication in the Western Province

On the directions of the Army Headquarters and under the supervision of Major General Sudantha Ranasinghe, Commander Security Forces – West (SF-West), a Dengue eradication programme was launched with the cooperation from the National Dengue Eradication Unit in vulnerable areas in the Western Province during June 30 - July 2.

Troops of the 14 Division and 58 Division with the participation of medical officers and Public Health Inspectors (PHIs) in the western province conducted the prevention programme.

90 Army personnel, including one officer and 89 other ranks of the 14 Division participated in the prevention programme in Kelaniya, Dompe and Aththanagalla areas.

In the meantime, 10 other ranks of the 58 Division participated in another prevention campaign in Wadduwa and Panadura areas. 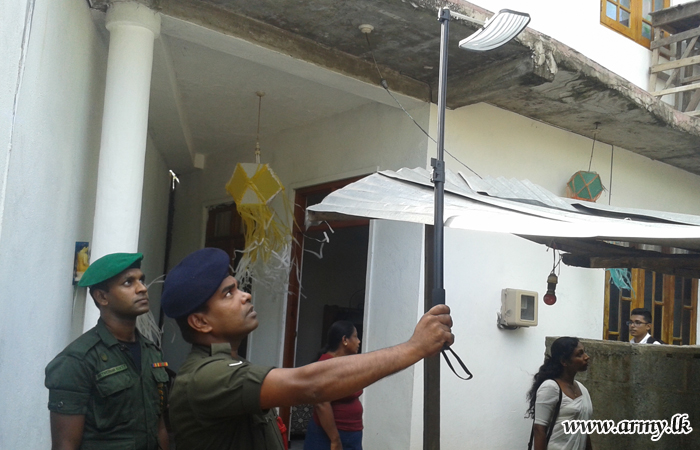