On the eve of his relinquishment of the office of Presidency in the country, HE Maithripala Sirisena, Commander-in-Chief of the Armed Forces in a gala banquet, hosted by Tri service Chiefs and Officers at Hotel Shangri-La, received heaps of laurels in a fitting ceremony, held in his honour on Thursday (14) evening.

The banquet, graced by the First Lady, Secretary Defence, Chief of Defence Staff, Commanders of the Army, Navy and Air Force and a representative gathering of Senior Tri Service Officers, Spouses, including Mrs Sonia Kottegoda, Mrs Yamuna Wijegunaratne and Mrs Sujeewa Nelson, et al assumed the form of a state banquet of the best standards with all ceremonials in place.

The ceremony saw HE the President awarded a special memento in appreciation of his service to the Nation and the armed forces. Representing all three services, Admiral Ravindra C Wijegunaratne, Chief of Defence Staff presented the symbolic souvenir to the outgoing President who rendered a commendable service to the armed forces during his four-year long tenure of office after a brief talk to the gathering.

President Sirisena in his address acknowledged the support extended to him by tri service members all the time and wished them good luck with their future undertakings.

A video documentary that highlighted the President’s milestone achievements as well as his service to the armed forces was also screened during the ceremony. 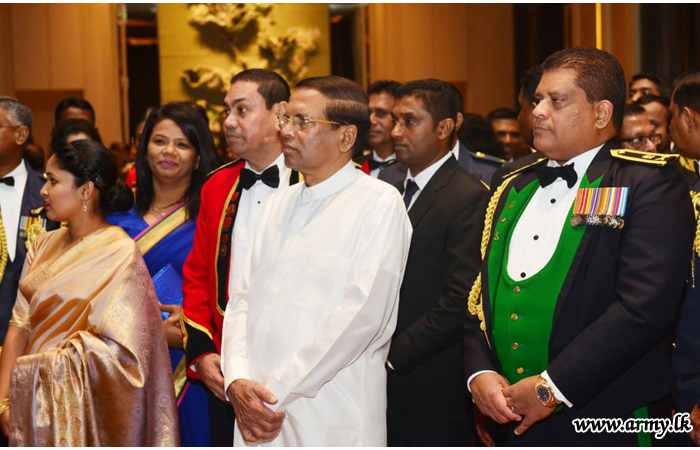 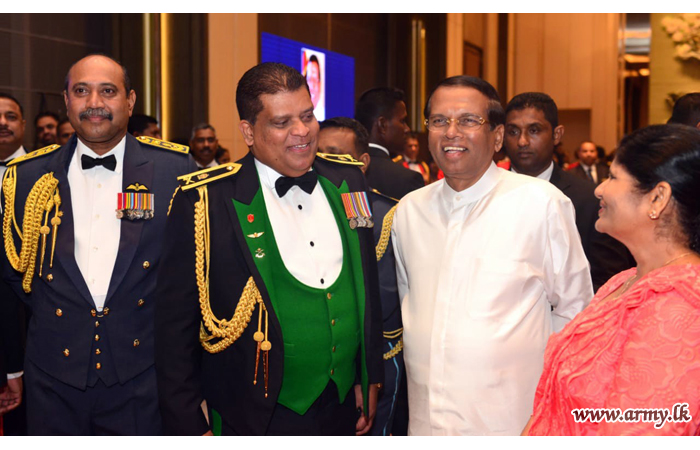 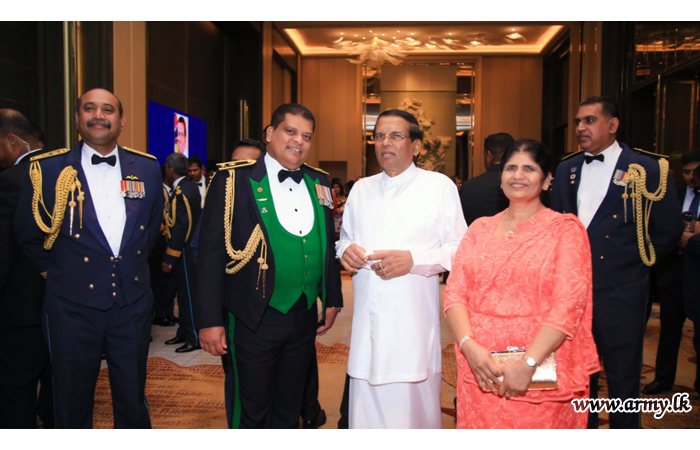 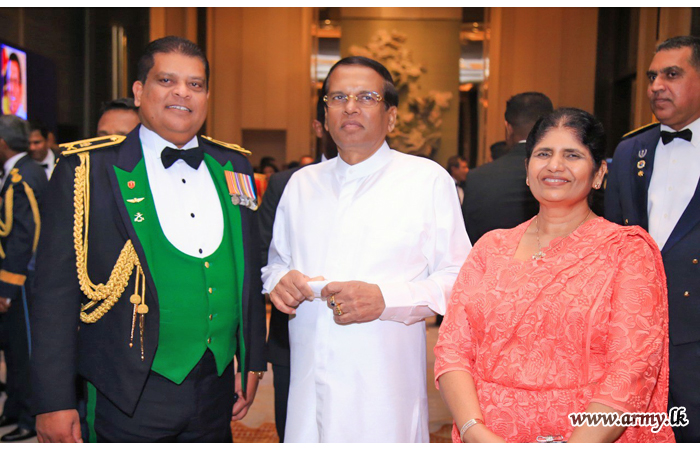 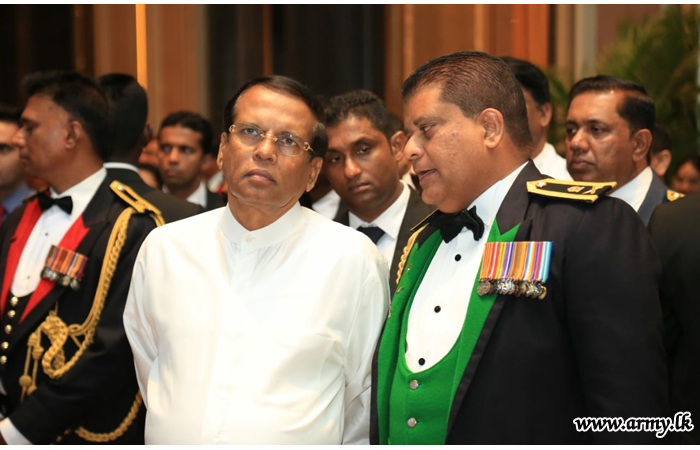 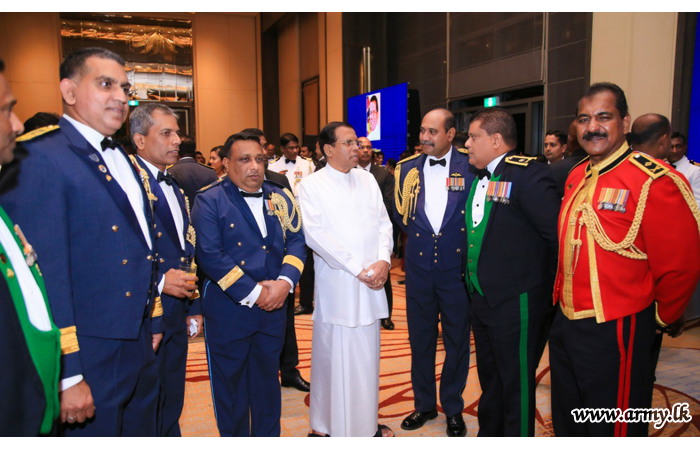 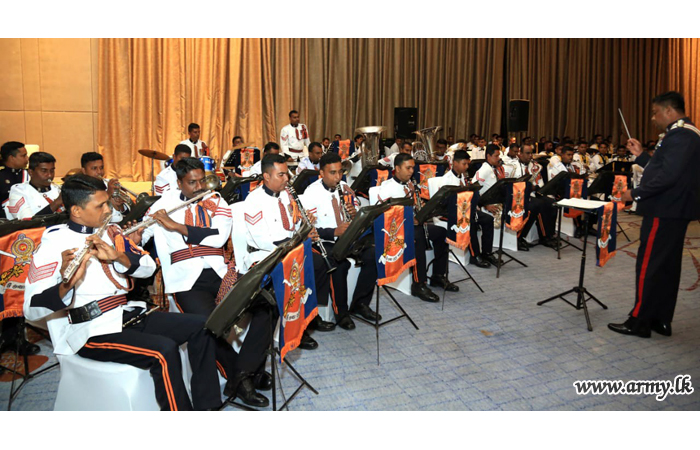 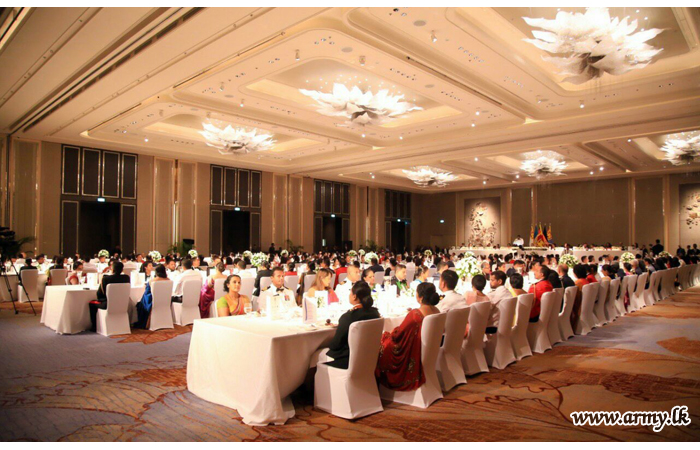 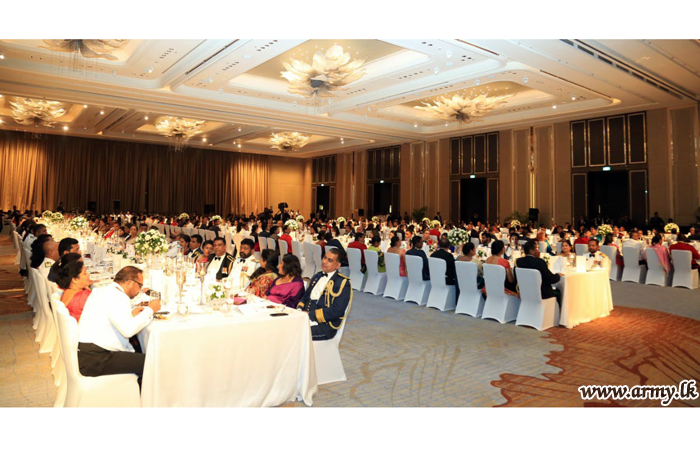 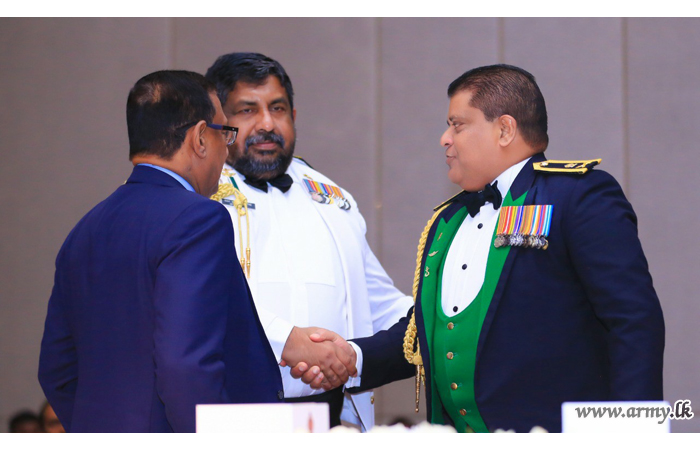