Security Force Headquarters - Wanni (SFHQ-W) taking their house construction project for needy families further forward built one more new house for a helpless mother in Thambiyawa, Thanthirimale and vested it in the family during a simple ceremony on Saturday (3).

5 Sri Lanka National Guard troops of the 212 Brigade of the 21 Division under the SFHQ-W on the guidelines given by the Wanni Commander and the General Officer Commanding, 21 Division erected the house for this woman with children of 1, 4 and 8 years of age.

The beneficiary, Mrs Shalika Madu Wickramasinghe received household furniture too during the warming ceremony of the new house at Thambiyawa.

Major General Vikum Liyanage, General Officer Commanding, 21 Division as the Chief Guest, together with Brigadier Anil Peiris cut a ribbon and warmed the new building in accordance with rites and rituals while members of the Maha Sangha joined chanting ‘Seth Pirith’.

Brigadier Rohan Rajapaksha, 212 Brigade Commander, officers, soldiers and family members of the beneficiary were present at the inaugural ceremony. 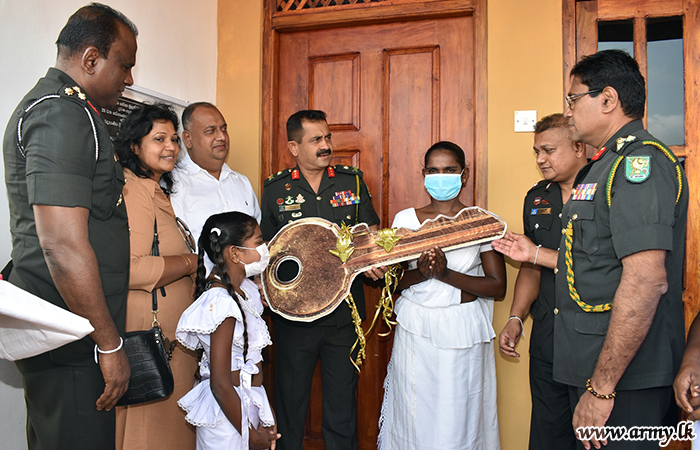 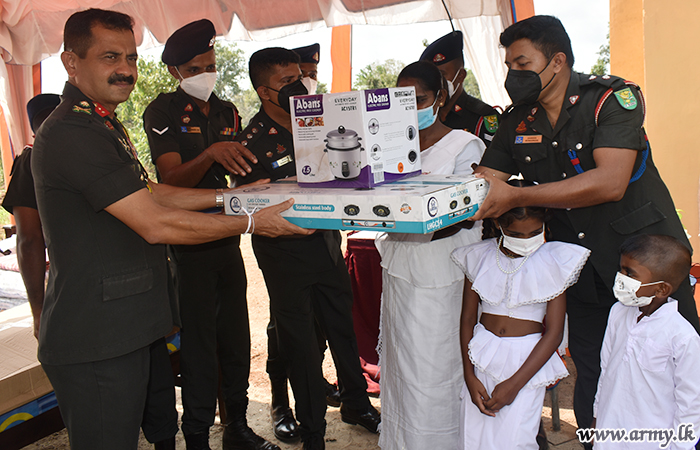 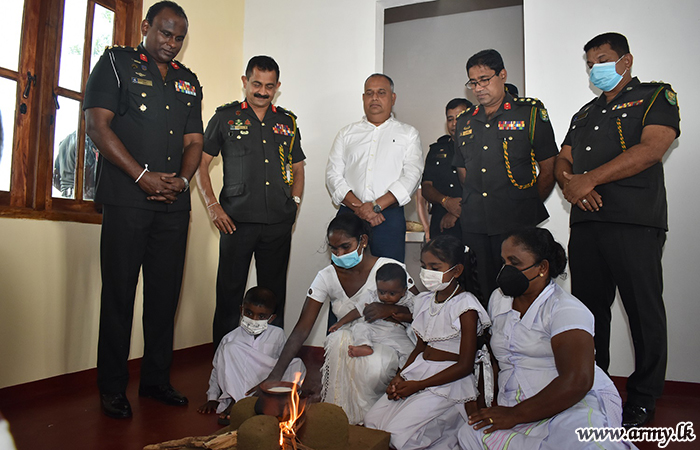