The archaeologically unique, Balangoda Pooragala Raja Maha Vihara, more popularly known as Kuragala Cave Temple, which remained dilapidated, neglected and encroached by various interested elements for a long time in Kaltota, Balangoda rekindled its past glory and historical legacy and was re-vested in the 'Sasana' (doctrine of Buddhism) during its first -ever 'Katina Cheevara' offering ceremony (Puja) in contemporary history during the weekend (6-7 November).

The total facelift and the complete renovation of this prehistoric archaeological reserve as a Buddhist place of reconciliation and harmony, harnessing the support of non-Buddhists, resident in adjacent areas, was made possible due to manpower, technical and engineering expertise provided by the Army, consequent upon an invitation, made by Ven Waturakumbure Dhammaratana Thera, Incumbent for both Kuragala monastery temple and Nelligala International Buddhist Centre to General Shavendra Silva, Chief of Defence Staff and Commander of the Army about an year ago.

The ceremony formally began on Saturday (6) evening with the commencement of the overnight 'Pirith' chanting at the octagon (Pirith Mandapaya) inside the new preaching hall. The day's Chief Guest switched on the illuminations and offered 'Gilanpasa' to the Buddha. Afterwards, the relic casket was brought on head by the day's Chief Guest, General Shavendra Silva, together with the 'Piriven Poth Wahanse' (Pali canon with Sutta) before a formal invitation for chanting was made to the monks by Major General S. Senarath Yapa, Chairman, Army Buddhist Association and Commander, Security Forces-West offering the traditional tray of betel (Deheth Wattiya) to Ven Ven Waturakumbure Dhammaratana Thera, Incumbent at this historic temple.

Ven (Prof) Medagoda Abhayatissa Nayake Thera of the University of Sri Jayawardenepura on behalf of the Maha Sangha delivered an 'Anusasana' (oration) and spelt out the significance of the event and the importance of this sacred premises dating back to the 2nd century BC which boasts a history of an early human settlement with ruins of ancient Buddhist monastery with stone caves.

The precursor to the main 'Katina' ceremony on Sunday (7), the string of religious programmes that took place on Saturday (6) included the 'Pahankanda Theruwan Vandanawa' ( Tribute to Triple Gem), Dharma sermons, Buddha Pooja and 'Chathumadura pooja'. 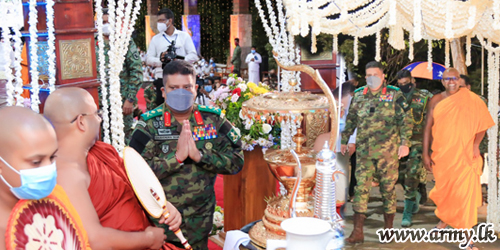 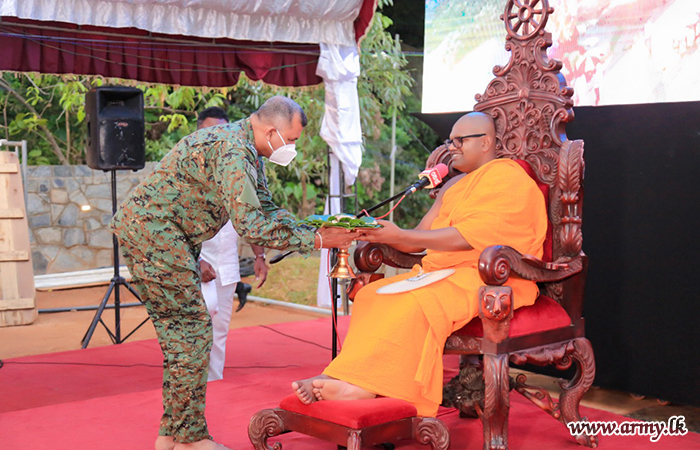 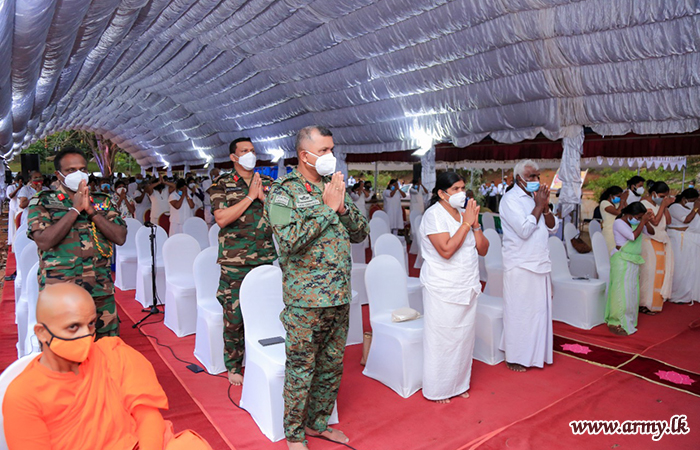 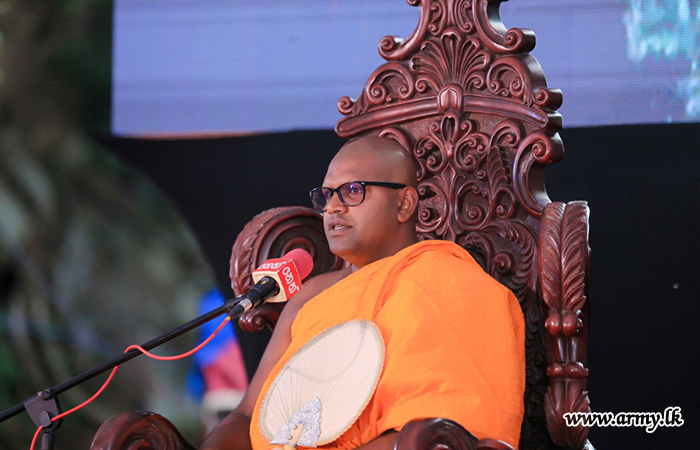 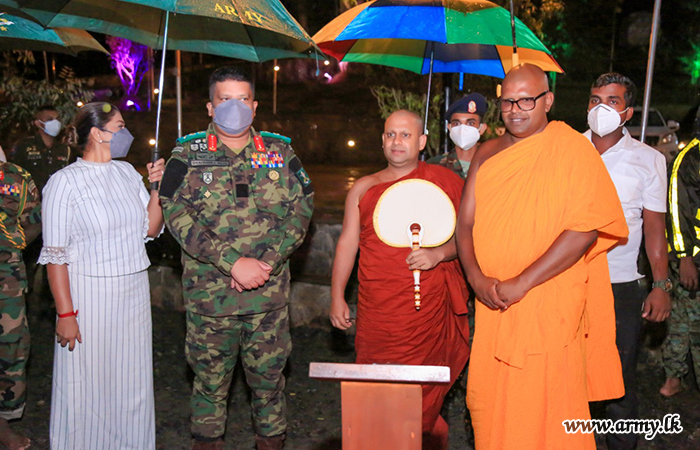 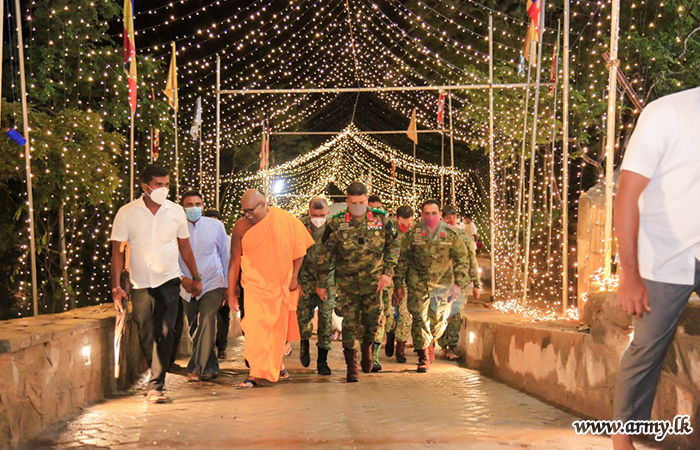 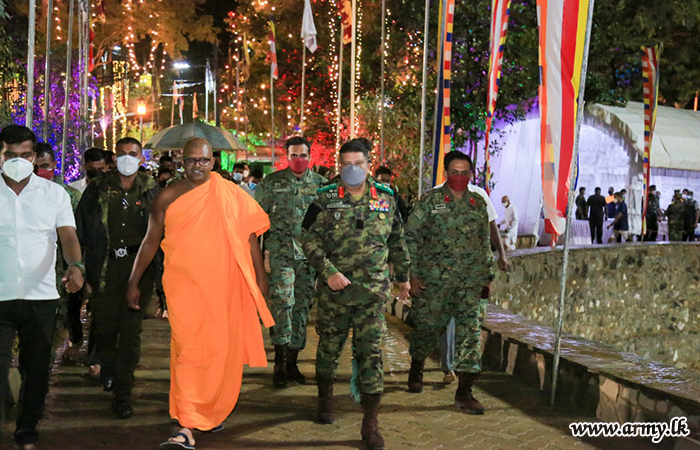 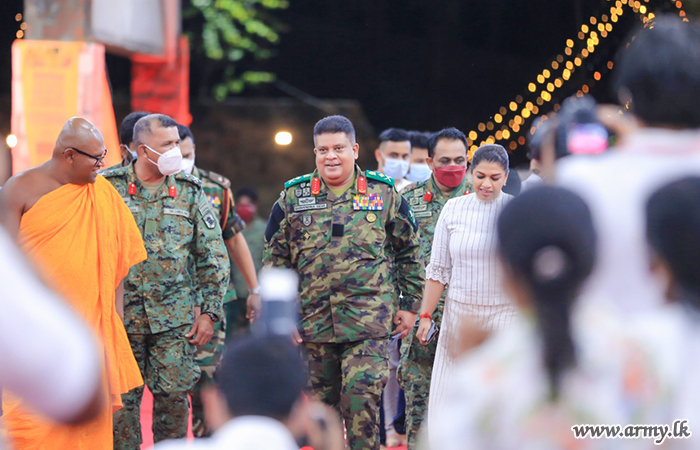 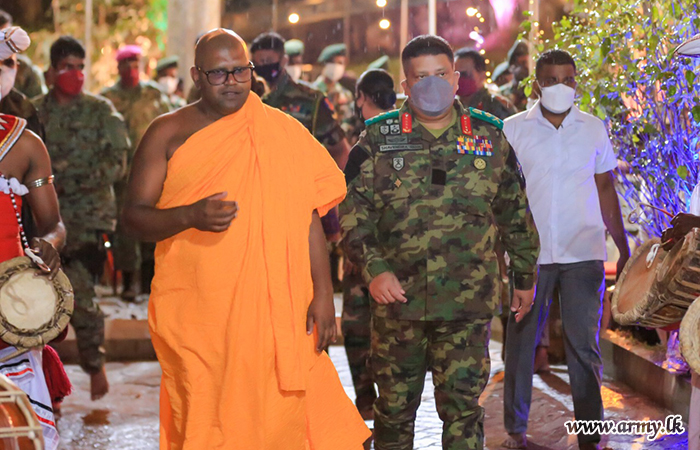 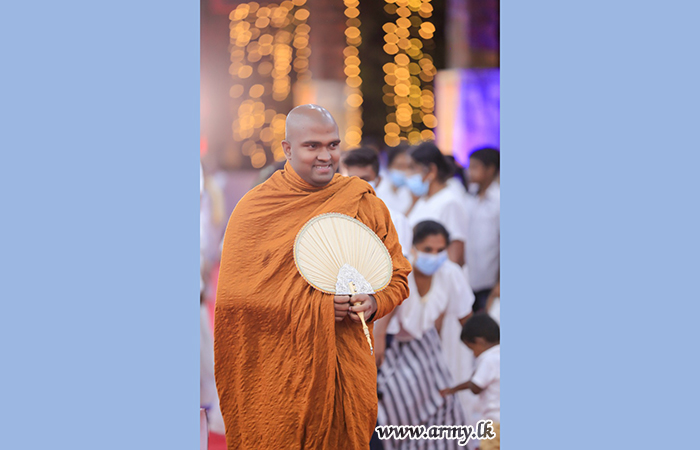 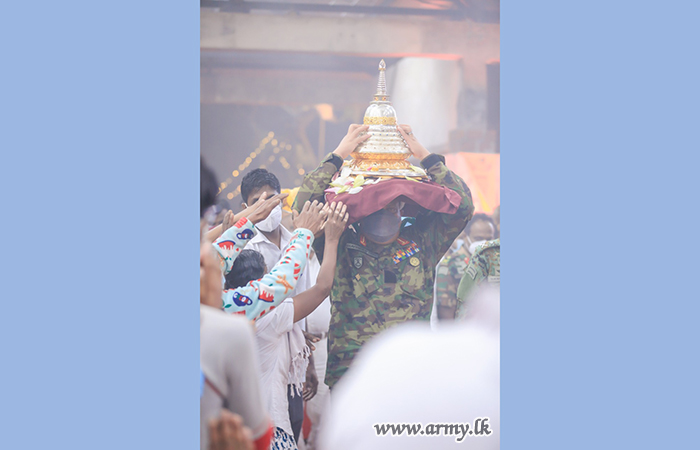 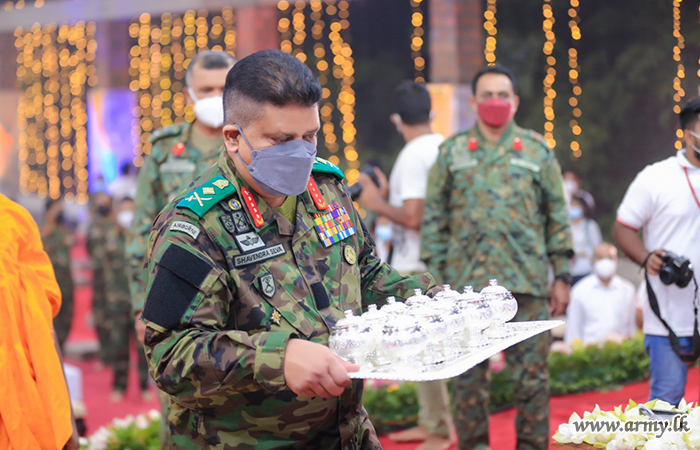 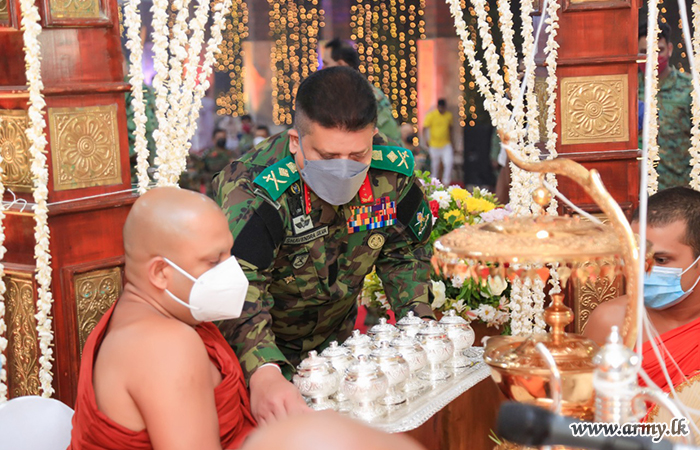 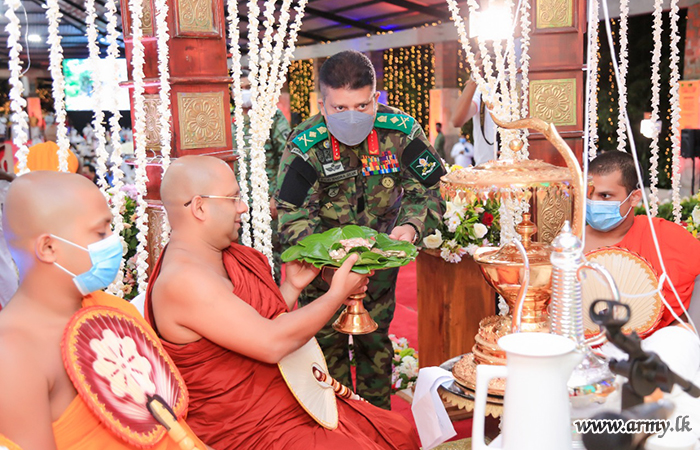 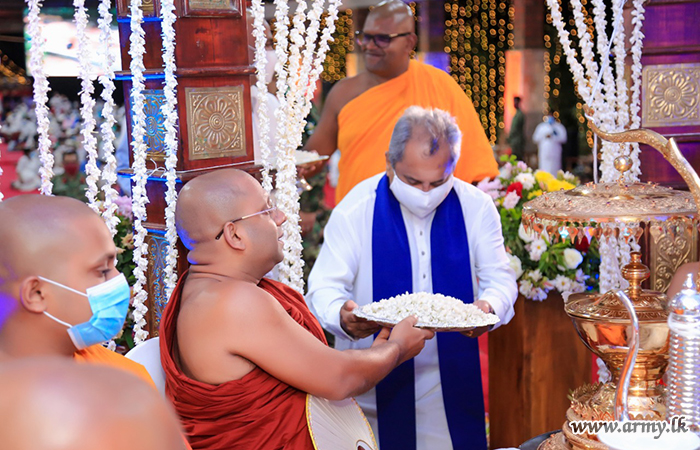 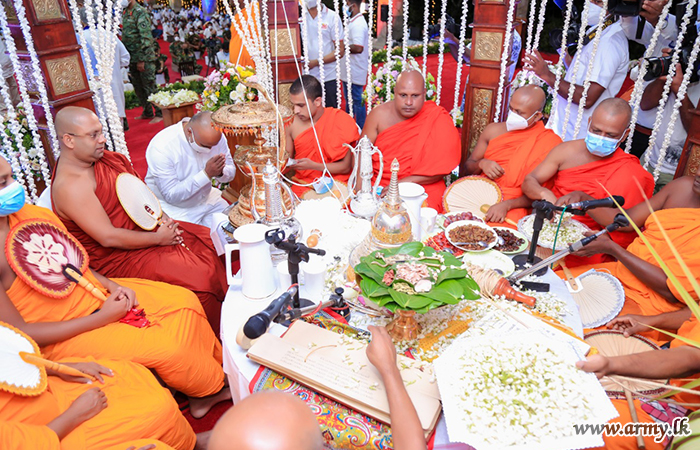