Lance Corporal J.C.I Nishanthi of the Sri Lanka Army Women's Corps who won a Silver medal in ‘Korea International Women's Invention Exposition -2019 (KIWIE), organized by Korea Women Inventors Association received high acclaim and appreciation from none other than the Commander of the Army, Lieutenant General Mahesh Senanayake when she was invited to the Commander's office on Thursday (4).

The woman soldier made the Army and the country proud by winning a Silver medal for her innovative and creative product, ‘Efficient Incinerator for Safe Disposal of Sanitary Pad and Other Bio Waste at Women’s Living Facility’ under the Engineering Category of the mammoth exposition in Korea during June 20 - 23. Hundreds of innovations, presented by more than 38 countries in the world were on display for judgement in the exposition by an expert panel of internationally-famed veterans.

Towards the end, the Commander awarded an appreciative memento to her and extended his best wishes for her future endeavours.

This Silver medalist in the past six years has won a number of accolades for her achievements in the field of cookery and innovations. In 2018, she won the third place for the exclusive production of a machine to process 'Kolapotha' (fronds) of the arecanut tree for invention of plates in the National New Innovators Competition, conducted by the Commission of New Innovations. In the same year, she won the first place for her innovative disposal machine for disposal of sanitary pads beating hundreds of other competitive products. She also won accolades for her exclusive skills in cookery and food preparation techniques during the years 2013-2015. 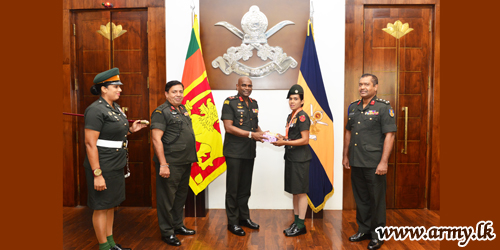 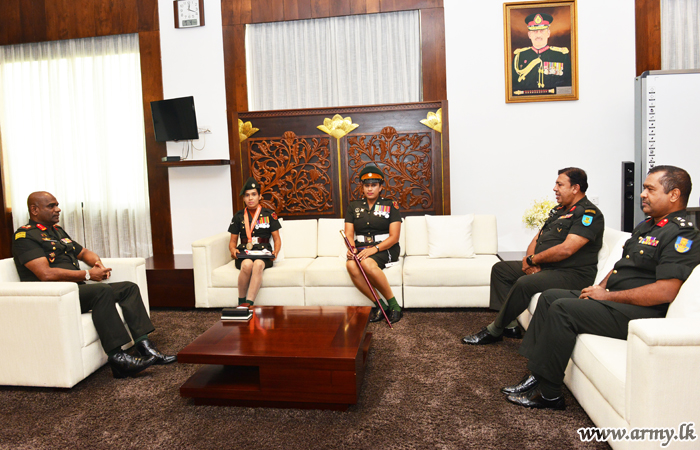 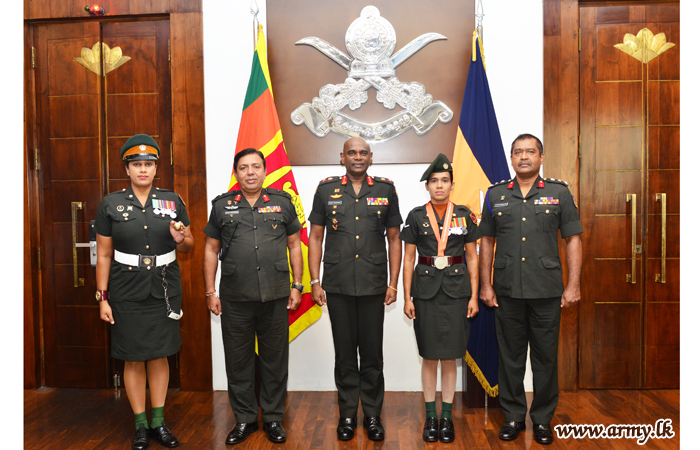