The Army medical specialists and members of the Chemical Biological Radiological and Nuclear (CBRN) Response Squadron this morning (1) at about 11.40 am admitted 33 Sri Lankans, including four children who arrived from the Corona virus-affected Wuhan province in China for quarantine and isolation purposes to the exclusively-erected Army sanatoriums inside the Diyatalawa Army Base Hospital after their Srilankan Airlines flight landed at Mattala Mahinda Rajapaksa International Airport at about 7.45 am.

The whole public health exercise was made possible following instructions and emergency arrangements, put in place on the directives of HE the President, Gotabaya Rajapaksa, Commander-in-Chief, in close coordination with the Army, Ministry of Defence and Ministry of Health, and under the close supervision and guidelines given by the acting Chief of Defence Staff and Commander of the Army, Lieutenant General Shavendra Silva who promptly initiated action for isolation purposes.

The Army, in close coordination with the Directorate of Preventive Medicine & Mental Health Services, headed by Colonel (Dr) Saveen Semage, Consultant Community Medicine, Deputy Director, Preventive Medicine & Mental Health Services of the Colombo Army Hospital, Security Force HQ-Central and the authorities at Diyatalawa Army Base Hospital, is now providing them with personal toiletries, sanitary towels, clothes, food and all other amenities, inclusive of Wi-Fi communication facilities, thermometers, etc. Arrangements in both sealed new dormitories of 100 ft long and 20 ft wide have been meticulously designed to suit medically sound quarantine purposes, coupled with Personal Protective Equipment (PPE) during the process while keeping them in incubation for a period of two weeks in isolation under the close surveillance of medical consultants, epidemiologists and other paramedical staff.

Consultant Community Medicine, Deputy Director, Preventive Medicine & Mental Health Services of the Colombo Army Hospital and Public Health expert, Dr Semage, who carried out close preliminary examinations on all those persons at Diyatalawa a few minutes ago told the www.army.lk that no symptom of any virus syndrome whatsoever has been diagnosed or detected as of now and those Sri Lankan expatriates expressed their full satisfaction and appreciation over Army arrangements in place at the Army Base Hospital.

The Sri Lanka Army, giving due privacy and confidentiality to this quarantine process, meant for a set of our own sons and daughters of this country, resident in China while adhering to highest ethical conduct of the medical profession, urges all Sri Lankans to cooperate with authorities to completely arrest any spread of this deadly virus and honour the highest degree of confidentiality of those being quarantined in this public exercise since none of them has been confirmed a victim of this virus.

Members of the Chemical Biological Radiological and Nuclear (CBRN) Response Squadron of the Army fully qualified to deal with such biological or chemical emergencies on the directions of Lieutenant General Shavendra Silva and their Commanding Officer who have been kept on standby received them at the airport and transported them to the Diyatalawa Army Base Hospital in a convoy of five vehicles.

The Officer Commanding at Diyatalawa Army Base Hospital and a team of exclusively-combined Medical Officers covering all medical aspects accepted them in compliance with necessary preventive procedures after preliminary hygienic procedures on admission to the sanatoriums on the guidelines given by Major General Sanjeewa Munasinghe, Director General of Army Health Services.

The Army on the instructions of the acting Chief of Defence Staff and Commander of the Army, Lieutenant General Shavendra Silva by Friday (31) evening completed the construction of those two 100 x 20 sanatorium-type new buildings where those persons from China are now accommodated for quarantine needs.

To be in line with the government’s speedy preventive measures, being implemented as directed by HE the President and Commander-in-Chief of the Armed Forces, together with authorities in the Health Ministry and the Ministry of Defence, the Army’s 17 Corps Engineer Service Regiment troops of the Security Force Headquarters - Central (SFHQ-Cen) under the close supervision of Major General Laksiri Waduge, Commander, Security Forces-Central in close consultation with the acting Chief of Defence Staff and Commander of the Army, in an impressive manner, completed the erection of those two new buildings by Friday (31) evening.

In addition, SFHQ-Cen troops are in the process of renovating three more buildings in the Diyatalawa Army Base Hospital premises which can also be used for the same purpose in case of any emergency or requirement. 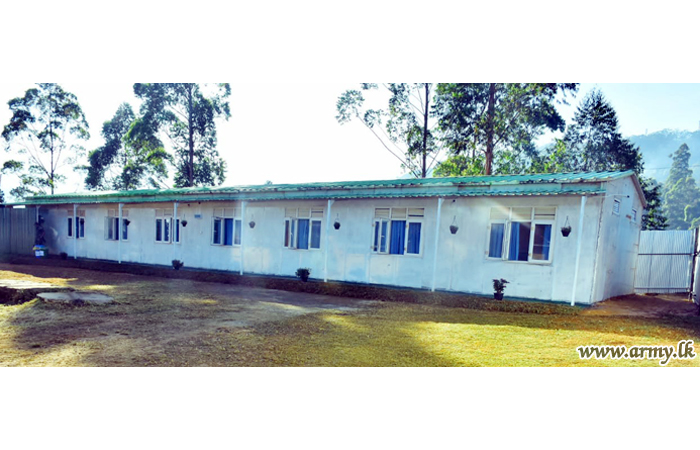 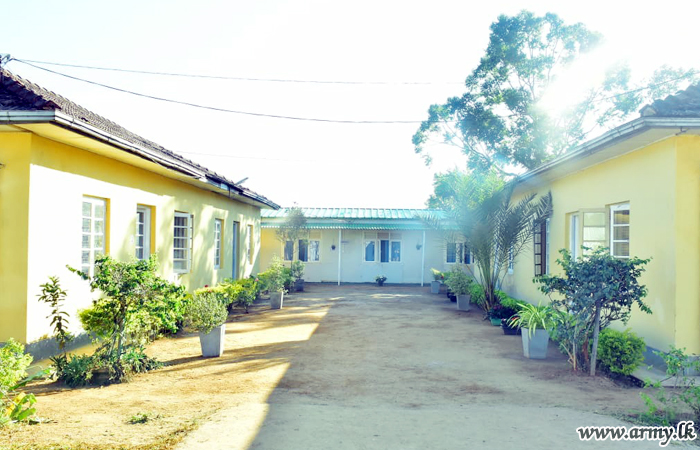 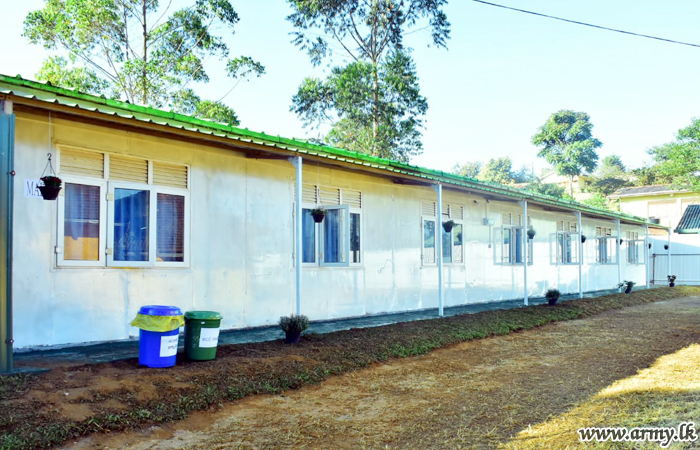 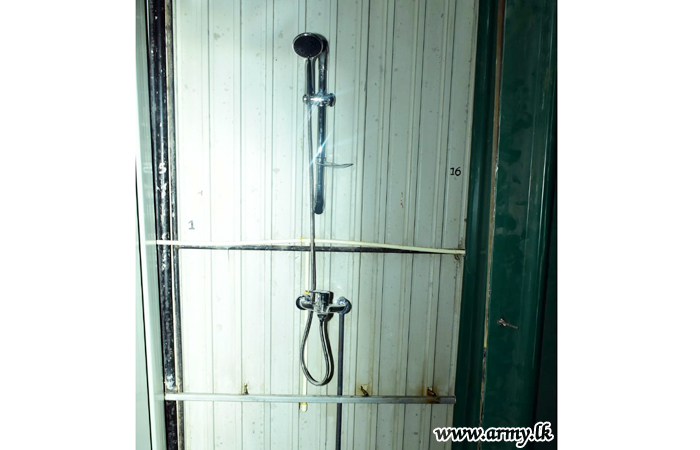 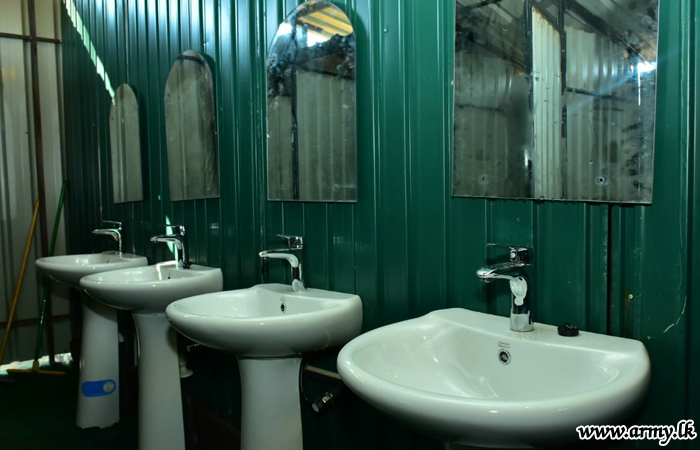 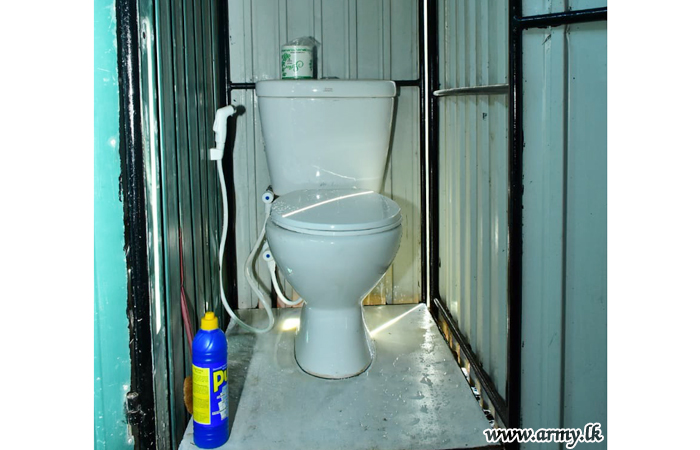 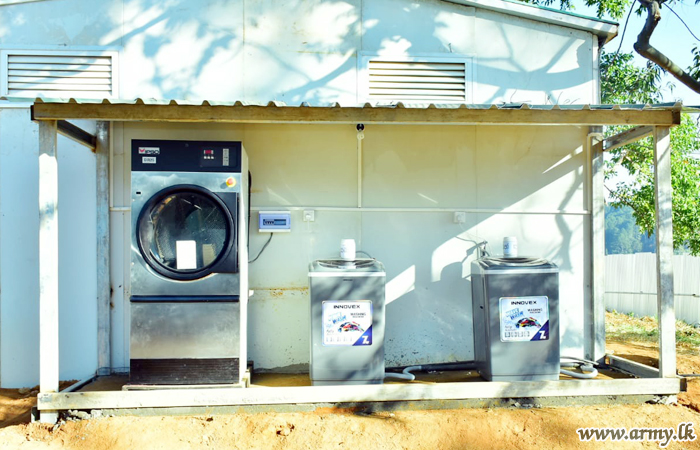 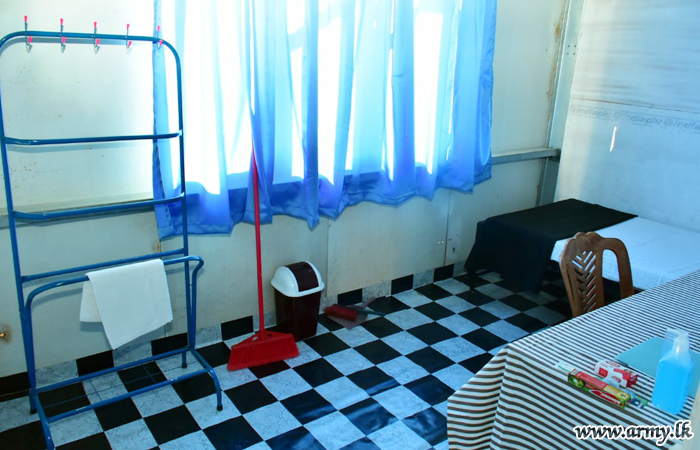