Two more Jaffna troops-constructed new houses for two deserving families at Katkovelam and Karanawai, Jaffna were vested in the beneficiaries during a brief ceremony, organized at the 55 Division Headquarters on Saturday (13).

The financial donation for those two constructions was made by Mr. Kumar Weerasooriya through the coordination of Brigadier (Retired) Hiran Halangoda.

Skilled manpower of 4 Sri Lanka Sinha Regiment and 16 (volunteer) Sri Lanka Light Infantry troops under command to the 551 Brigade contributed to the construction with the guidance and directions of the Commander Security Forces - Jaffna Major General Dharshana Hettiarrachchi. Brigadier Sampath Kotuwegoda General Officer Commanding, 55 Division supervised the project with the support of the 551 Brigade Commander. 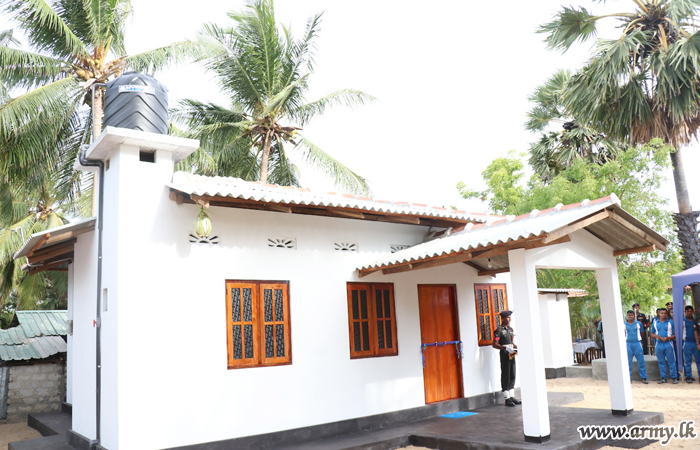 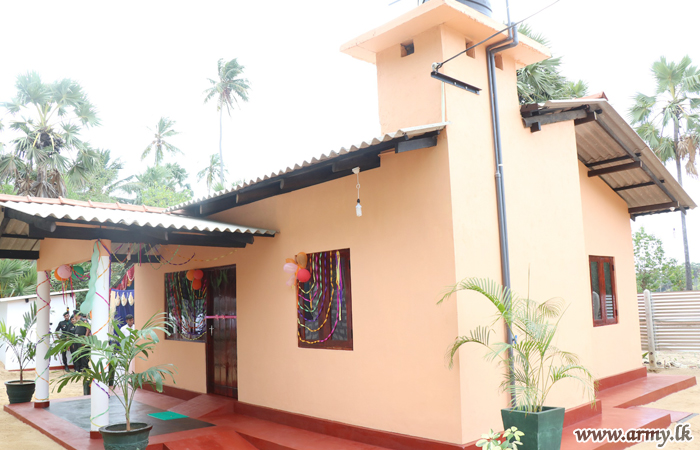 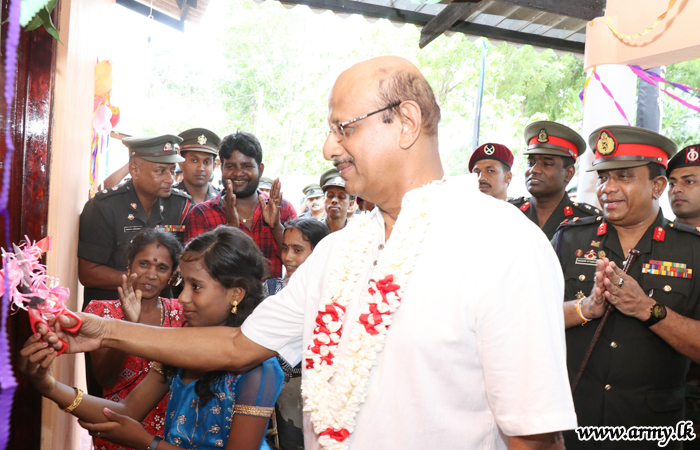 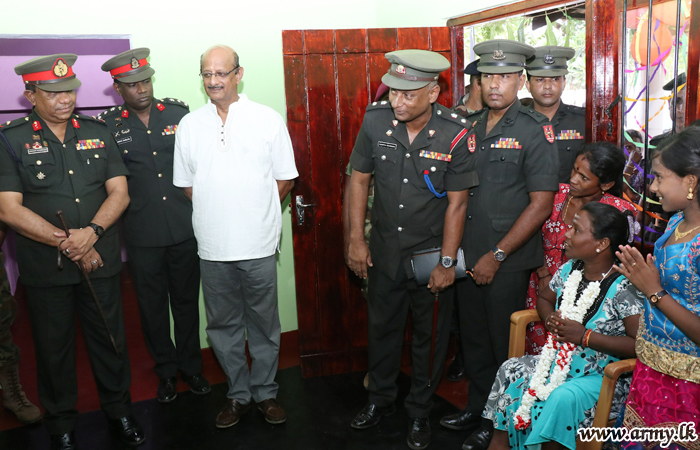 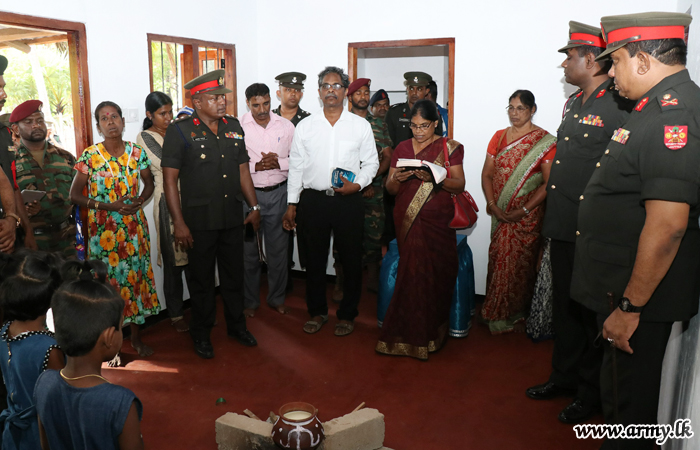 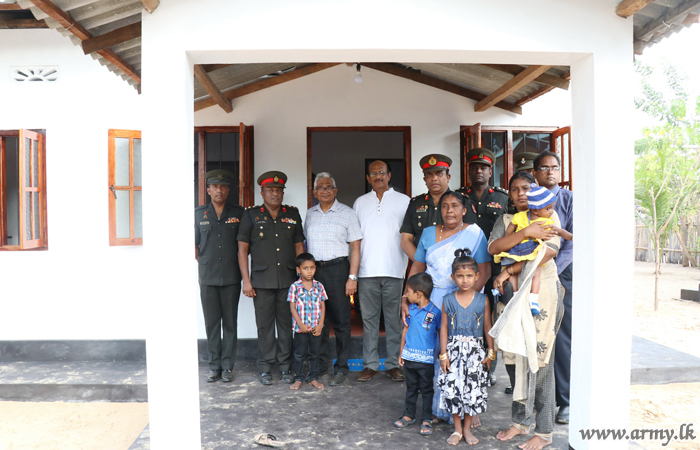