The sound bilateral military cooperation that prevails between the Sri Lanka Army and its Russian counterparts became distinctively evident during the most recent three-day long (August 3 - 5) visit of the Commander of the Army, Lieutenant General Mahesh Senanayake to Russia after an invitation was extended by the Russian Ministry of Defence.

The Sri Lankan Army Chief during his meet with General of the Army Oleg Leonidovich Salyukov, Commander-in-Chief of the Russian Land Forces was assured an increased number training vacancies for the Sri Lankan Army troops for the year 2020, a milestone opening and a fillip to the Sri Lanka Army for the first time in the history, in addition to the Russian arrangements in place for possible reservation of training opportunities for Sri Lankan armed forces at the prestigious Military Academy of the General Staff of the Armed Forces of Russia.

His Russian counterpart, General of the Army Oleg Leonidovich Salyukov, Commander-in-Chief of the Russian Land Forces welcomed the visiting Army Chief and his delegation warmly and appreciated his presence at the inaugural opening of the International Army Games - 2019 in Russia and the participation of a Sri Lankan Army contingent of 10 Officers and 18 Other Ranks in the International Army Games - 2019, a mega military spectacle in Russia.

During the cordial discussions, attended also by the Ambassador of Sri Lanka to Russia, HE Dr Dayan Jayatilleka, the visiting Sri Lankan Army Chief gratefully acknowledged the continuing cooperation of the Russian Ministry of Defence and conveyed the greetings of HE the President of Sri Lanka, Commander-in-Chief of the Armed Forces of Sri Lanka.

Lieutenant General Senanayake during the meet updated the Russian counterpart on the prevailing security concerns in the country in the aftermath of Easter Sunday terrorist attack, which both of them agreed to call ‘an enemy within the population, yet unidentifiable and invisible’.

Lieutenant General Senanayake also requested the Russian Land Force Commander to formulate a study programme that would help to understand the ways and means, being adopted by Russian military in their counter terrorist operations since it would widen the knowledge and capability of Sri Lankan troops who had the experience in crushing one of the most brutal terrorist groups in the world before May 2009. He particularly sought assistance to train Sri Lankan troops in the fields of Explosive Ordnance Disposal (EOD), Chemical, Biological, Radiological and Nuclear Operations (CBRN) and Cyber warfare, etc and renovation assistance for Russia-produced Armour fleet of the Sri Lankan Army.

The Russian Land Force Commander, assuring continued assistance to Sri Lanka under his Ministry of Defence told the visiting Commander that Sri Lanka Army is always within the focus of Russia and remarked plans are afoot to send Russian Military Instructors to train Sri Lankan military troops in the fields of Cyber Security, Information Technology, and Counter Terrorism, etc in future.

Russian military, it was announced, expects to extend an invitation to Sri Lankan Armed Forces to participate in six multinational military Exercises, scheduled in the future as gestures of goodwill and understanding that have thrived for generations.

Lieutenant General Senanayake requested his Russian counterpart to send observers for Sri Lanka-organized multinational military exercises while extending a special invitation to the Russian Land Force Commander for an official visit to the country as convenient to him. In his final remarks, the Commander highly appreciated the openings made by the Russian Ministry of Defence for Sri Lanka’s participation in the International Army Games 2019.

Later on the same day, Lieutenant General Mahesh Senanayake and Dr Dayan Jayathilake had formal discussions with the officials in the Russian Ministry of Defence, Federal Service for Military Technical Cooperation and relevant industry, mainly on the possibilities of various technical aspects of different supplies, etc and further improvement of technicalities and military hardware in use seeking possibilities for modernization of those equipment.

Soon after the Army Chief arrived in Moscow, he attended the ceremonial inauguration of the International Army Games - 2019, for which a team of 10 Officers and 18 Other Ranks are vying in Air Borne Competition, Field Kitchen Competition, Sniper Frontier Competition, and Cultural Team Competition representing the Sri Lanka Army.

Significantly, Major General Kumudu Perera, Deputy Chief of Staff of the Sri Lanka Army also had the privilege of being invited to serve a Chief Referee in the International Army Games - 2019.

The International Army Games - 2019, inaugurated at Patriot Park in the outskirts of Moscow on Saturday (3) serves as a platform for worldwide military sportsmen and women to display courage and skills, knowledge, endurance and prestige of each Army and tactical efficiency of all participants.

The opening ceremony was attended by the Russian Defence Minister, Land Force Commander and a host of Senior Russian and foreign officers including Lieutenant General Senanayake.

During his stay, the Commander witnessed the cultural performances of the Army team and took time off to share a couple of views with the Sri Lankan attendees and motivated them. Likewise, the visiting Commander afterwards on the same day, accompanied by Russian military officers witnessed the Armour Tank International Competition that got off the ground in the Alabino Range in Moscow. 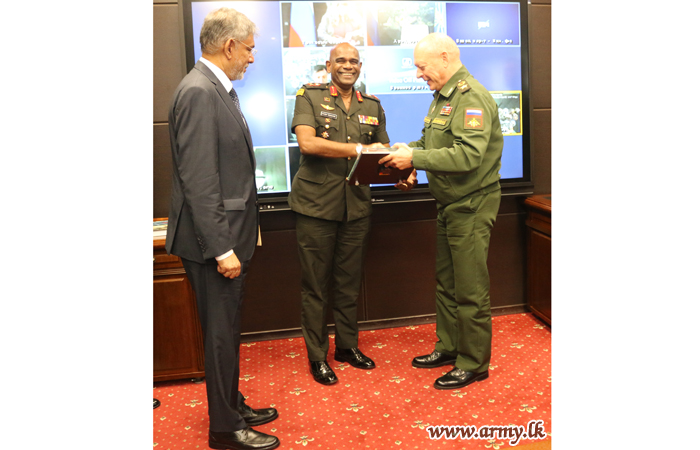 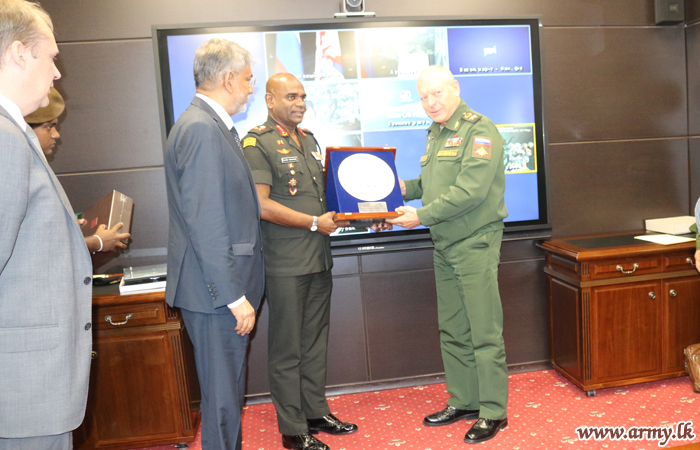 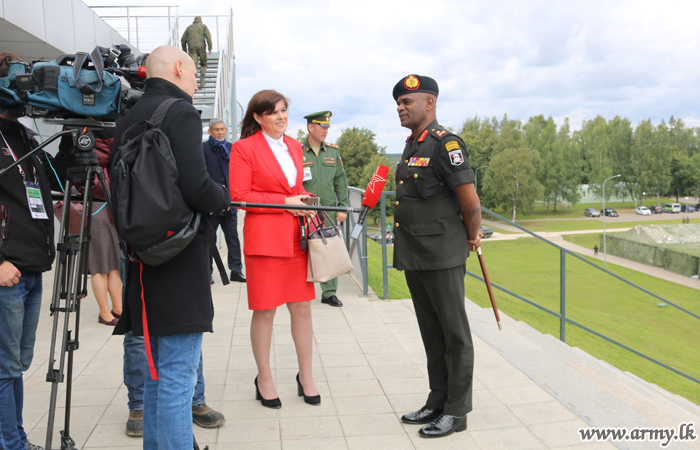 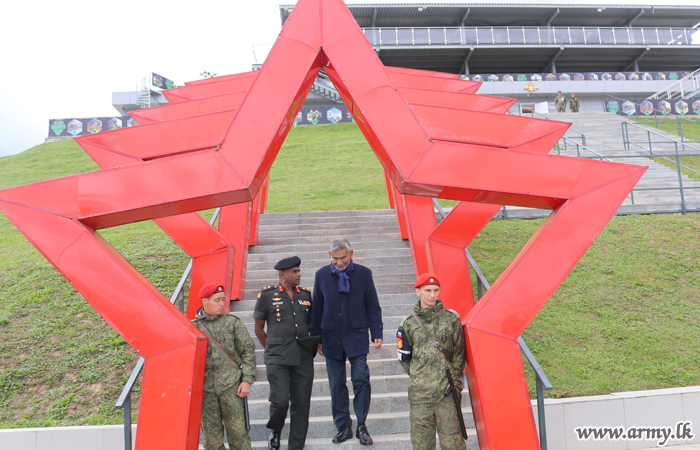 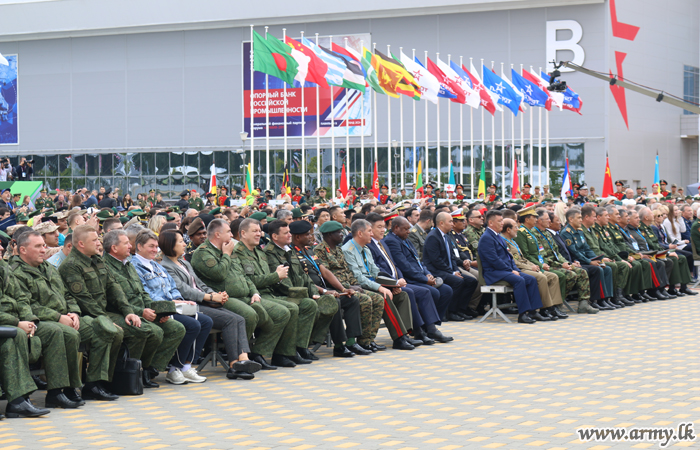 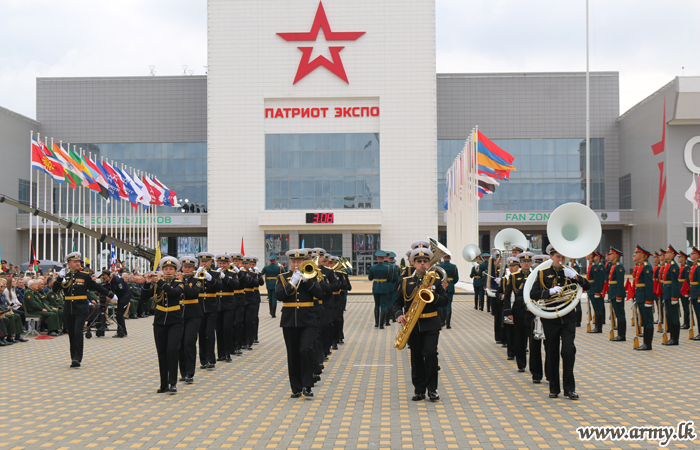 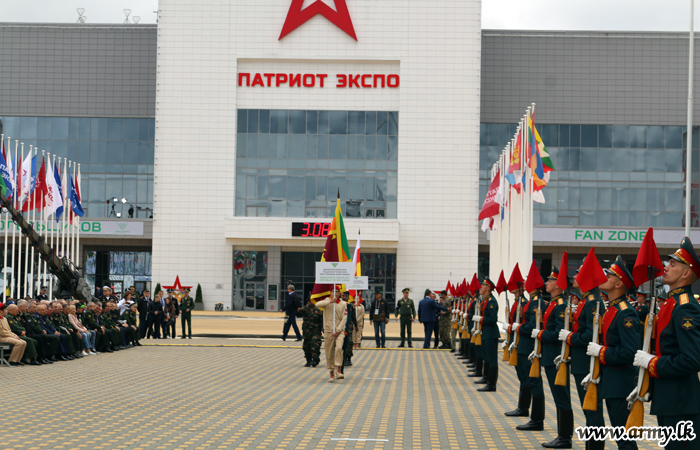 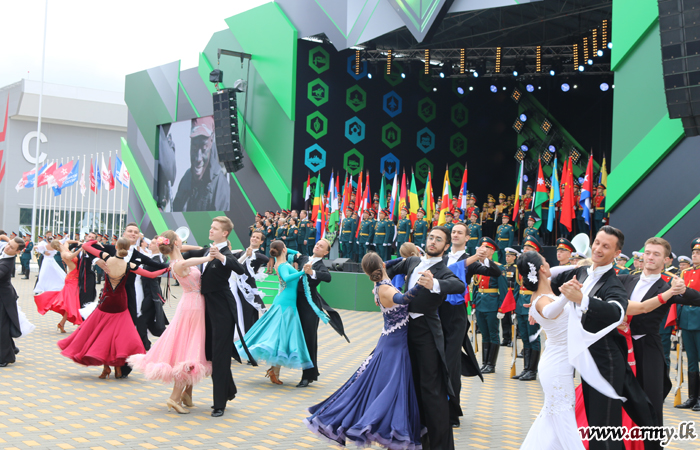 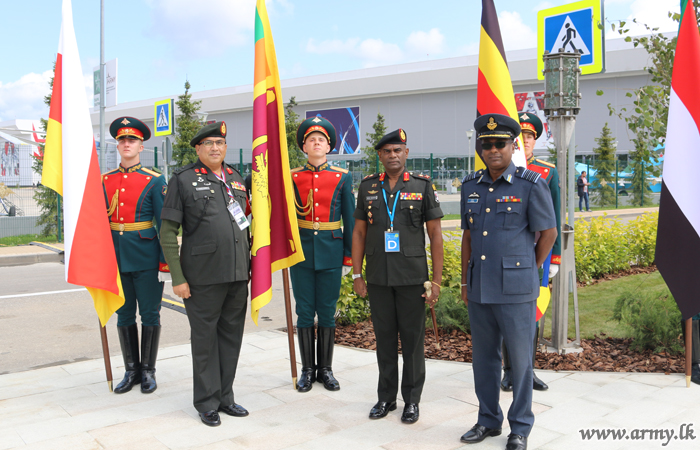 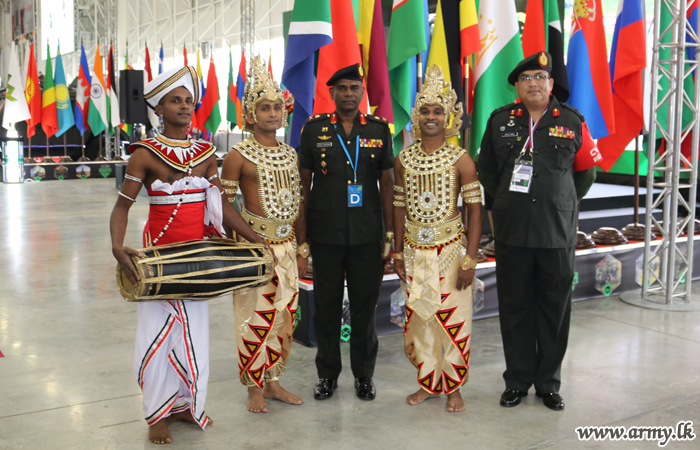 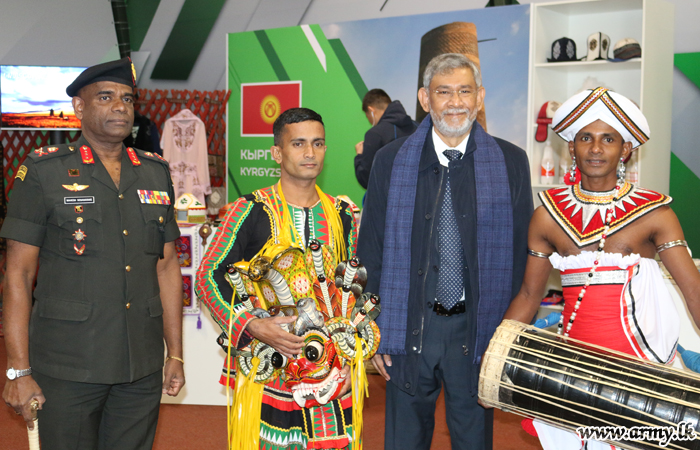