One more retiring Senior Officer of the Army, Major General Ajith Pallawala of the Sri Lanka Sinha Regiment (SLSR) after completing more than three decades of commendable service received accolades from none other than his chief, General Shavendra Silva, Chief of Defence Staff and Commander of the Army who invited the former to his office this morning (7).

Major General Ajith Pallawala, Chief of Staff at the Office of the Chief of Defence Staff (OCDS) at BMICH on the eve of his retirement during the brief meet was commended for his dedicated service as an infantryman of the SLSR. The Army Chief also acknowledged professionalism and commitment the retiring Senior Officer has shown throughout and recalled his role for the promotion of his Regiment, SLSR through different projects.

The outgoing Senior Officer also thanked the Commander of the Army for his wishes and the thoughtfulness while mentioning about the encouragement he received from the Army Chief in the performance of his duties. 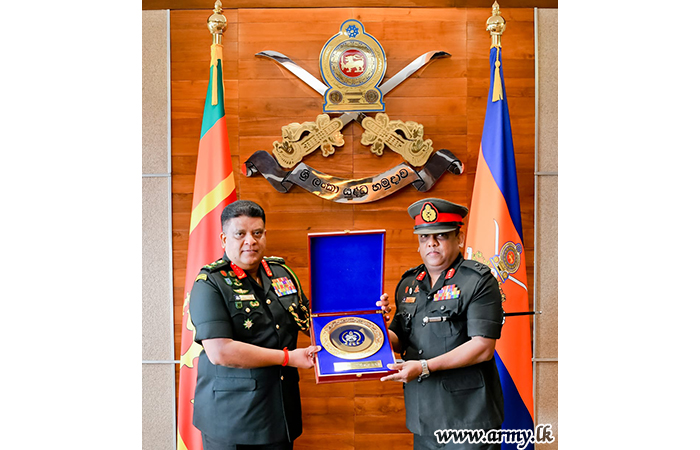 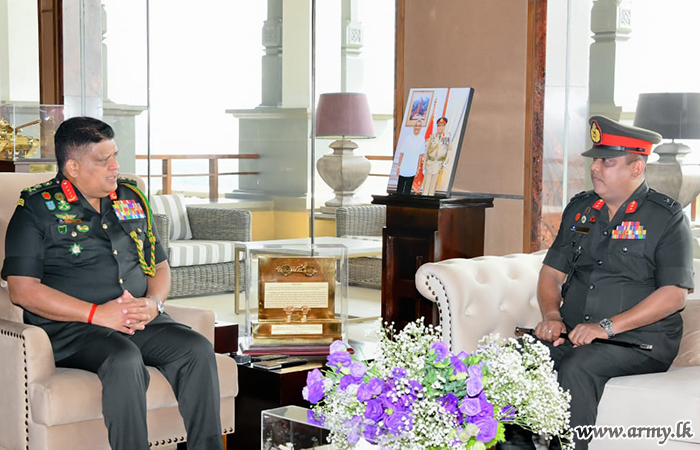 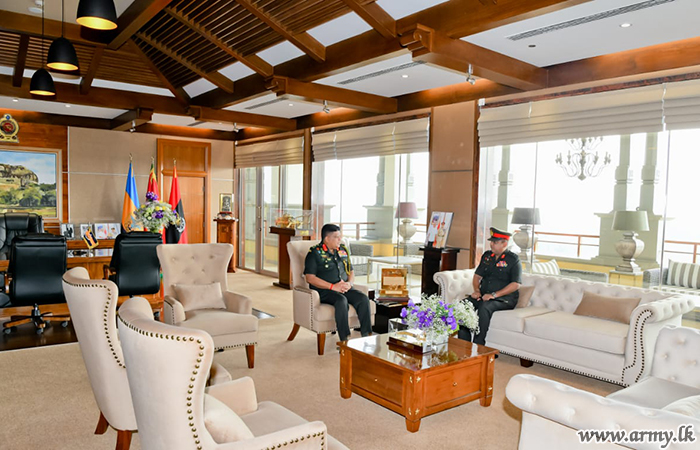 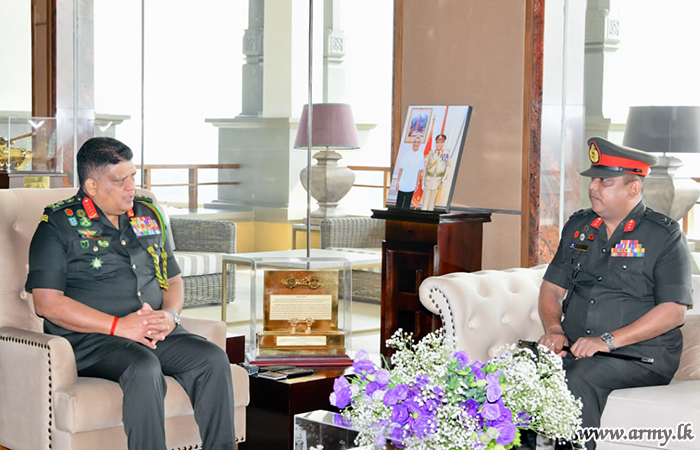 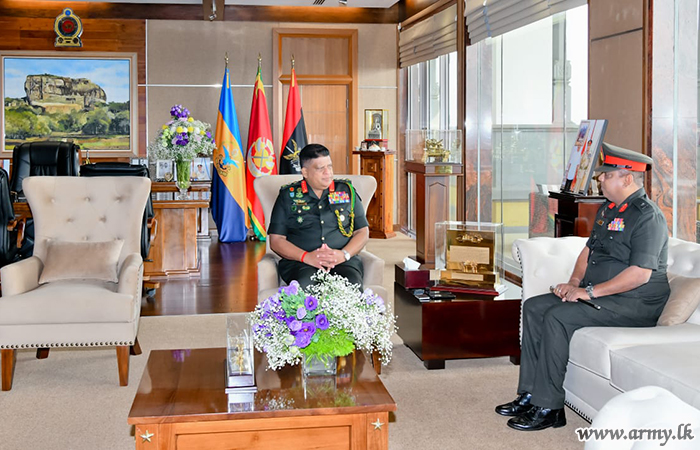 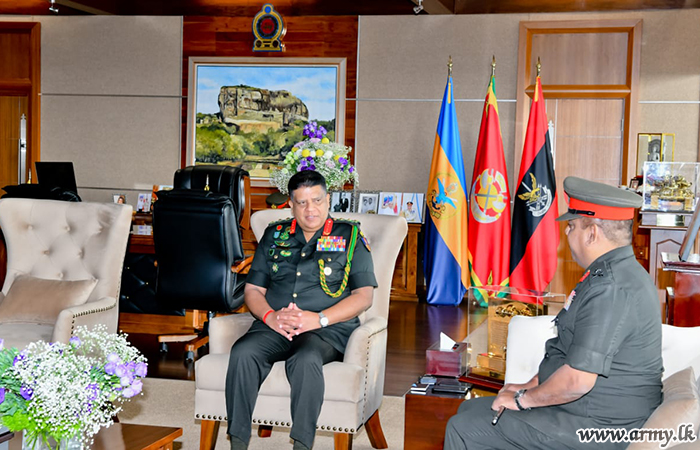 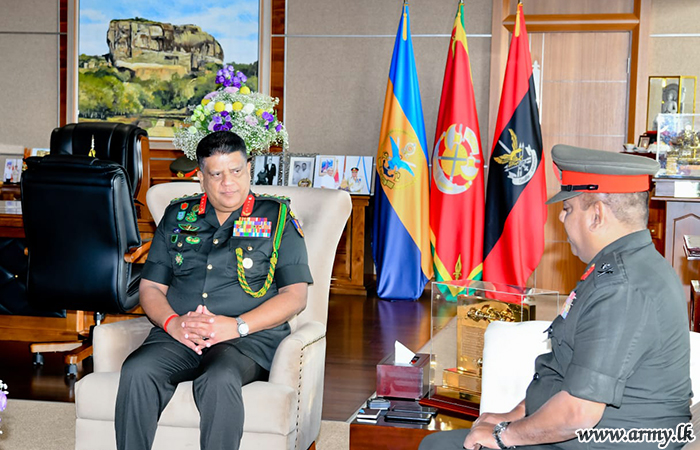 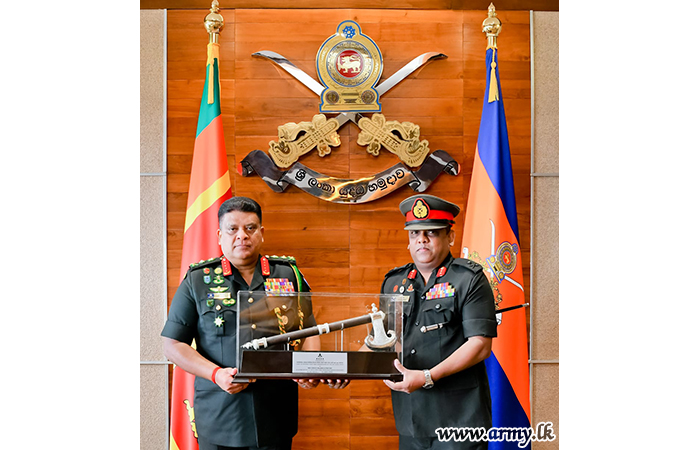 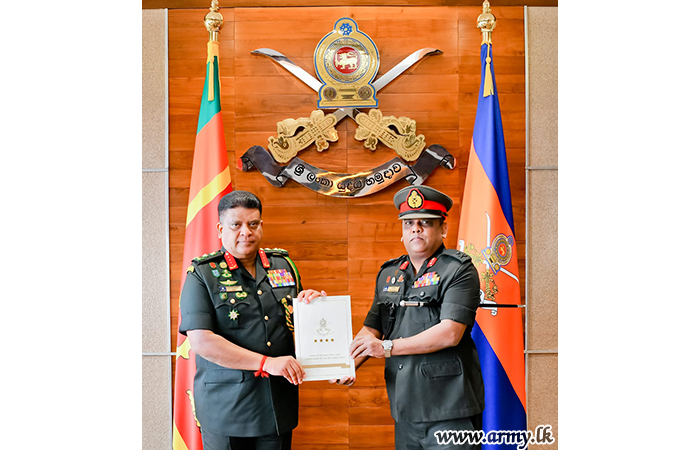