Troops of the 11 Sri Lanka Signal Corps (SLSC) Regiment constructed a new house for the family of one of its late Sergeants at Wattegama and inaugurated it after handing over keys of the new house to the family on Thursday (29) during a simple ceremony.

Major General Ashoka Peiris, Chief Signal Officer of the Sri Lanka Army and the Colonel Commandant of Sri Lanka Signal Corps attended the occasion as the Chief Guest. This project was completed with the support of skilled soldiers in the SLSC and funded by the SLSC Regimental Headquarters, together with several philanthropists and patrons. The War Hero's beloved wife and the son received the keys from the Chief Guest after unveiling of a plaque and observing traditional rites and rituals.

Lieutenant Colonel S.D Kotalawala, Commanding Officer, 11 SLSC warmly welcomed the Chief Guest, together with the beneficiaries. Sergeant J. Kumarasinghe laid his life while fighting against LTTE terrorism before May 2009. 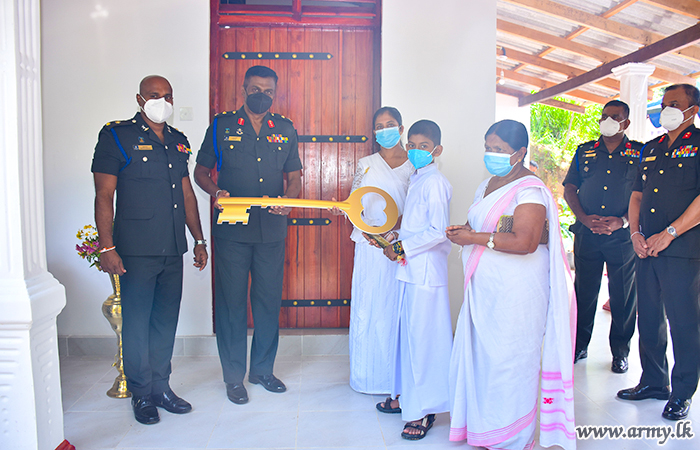 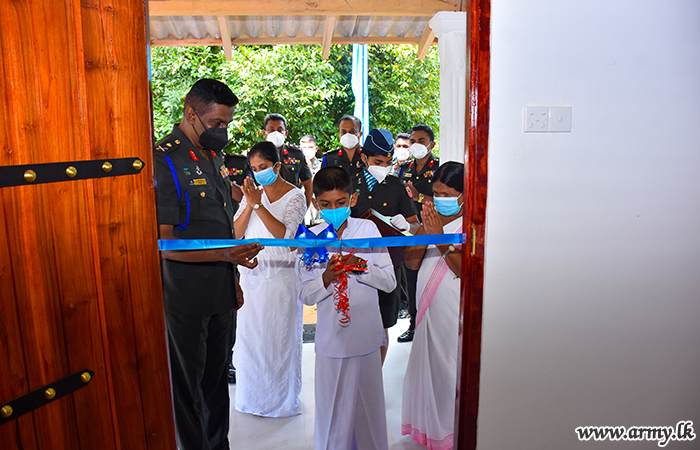 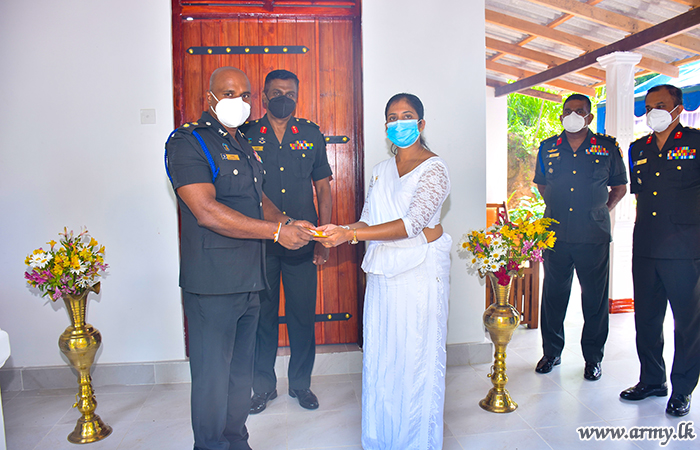