Troops of 8 Sri Lanka Light Infantry (SLLI) serving the 14 Division of the Security Force Headquarters - West (SFHQ-West) rose to the occasion during the dead of the night and volunteered to help civilians and clear debris, left behind in Kirillawala, Indigahamula, Mahara-Nugegoda south, Udupila and adjoining areas, following a strong hurricane that swept across these areas on Wednesday (6).

Supply and transport routes got badly affected in these areas after huge trees fell on main roads in their respective locations as the first school day for some of the students dawned. Making matters worse, a total of 229 houses were affected because of the gushing winds and gales that prevailed a couple of hours until small hours of the day.

Alert to the situation, those troops in coordination with the civil authorities who also informed the troops of the natural disaster, more than 50 soldiers who are on vigil rushed to different affected areas and swiftly removed trees, tree branches, lamp and telephone posts and in the night itself, attended to the needs of the affected people.

However, at first light of the following day, troops succeeded in restoring normalcy and enabled transport and other services as it was a working day of the week. Civilians also supported the troops. 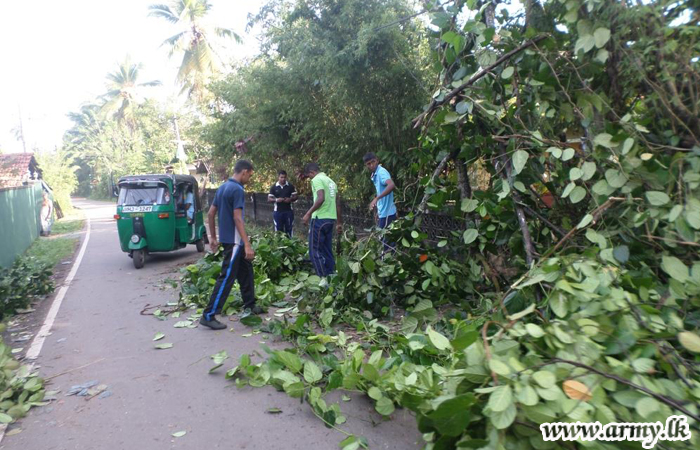 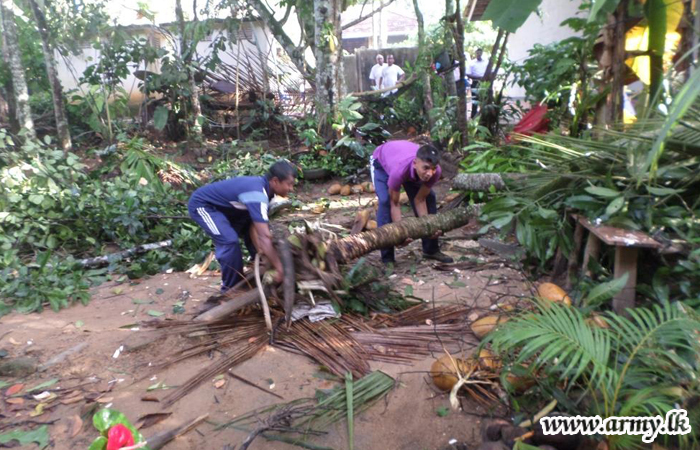 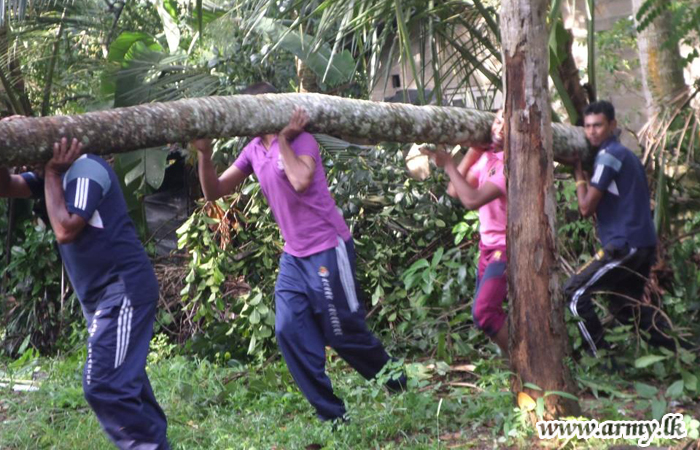 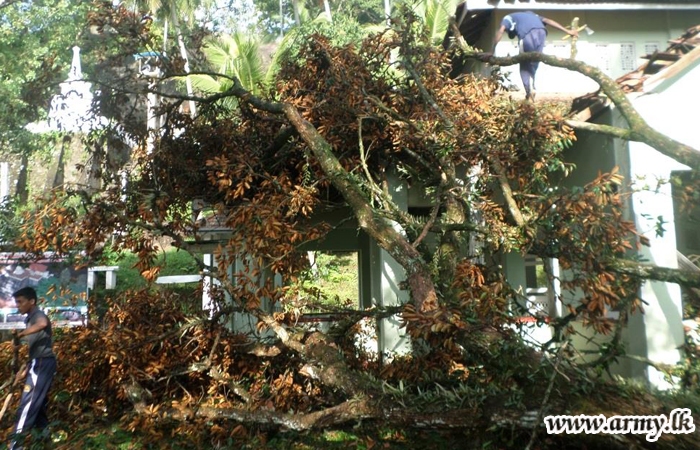 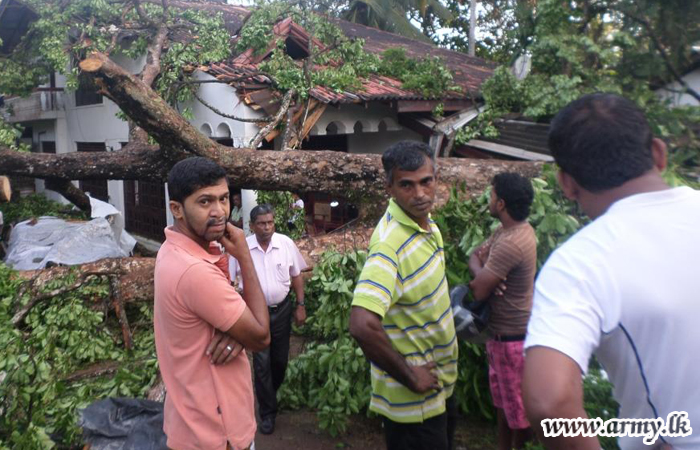