The Sri Lanka Light Infantry Regiment (SLLI) emerged the Best all round Regiment within the Army Cantonment at Panagoda, Homagama having won the General Officer Commanding Challenge Trophy at the inaugural Inter Regimental Competitions conducted by Head Quarters 11 Division to coincide with the 54th Army Day that fell on 10th October 2003.

HQ 11 Division during last fortnight conducted a series of competitions with the prime aim of instilling a competitive spirit among all the Regiments, housed within the Army Cantonment at Panagoda. A panel of independent judges selected the best All Round Regiment. Special consideration and emphasis was given to the security aspects, maintenance of buildings and the landscaping of the premises of the Regiments, which turned out to be a very healthy and the eagerly fought out competition with a lot of enthusiasm shown by all the Regiments.

At a glittering ceremony held at the Army Cantonment at Panagoda, the General Officer Commanding Major General K.B. Egodawele addressed the troops and gave away awards to the following Regiments and Institutions that were selected as the winners in the relevant fields shown against their names.

In addition to above competitions, the HQ 11 Division organized religious ceremonies at All Religious Centre\'s at Panagoda to mark the 54th Anniversary of Sri Lanka Army, where the clergy of all faith were represented.

During these celebrations the General Officer Commanding inspected the Camp Quarter Guard, hoisted the Army Flag, laid a wreath at the War Heroes Monument in memory of all the fallen heroes who had laid down their lives to safeguard the sovereignty and integrity of our motherland. He also planted a tree to mark the occasion and distributed gifts to all the inmates of the Army Base Hospital at Panagoda.

Towards the ends of the celebrations, HQ 11 Division troops conducted a \'sharamadana\' campaign at Camilla School premises for mentally - retarded children at Mattegoda. 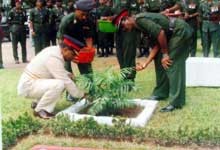 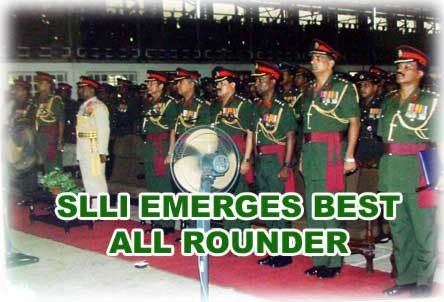 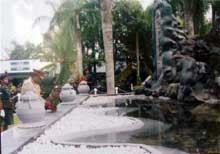 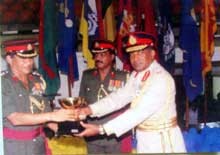