Sri Lanka Engineers troops who were entrusted the renovation and desilting work of the Ihalapalugaswewa Tank in Galgamuwa completed its task in close cooperation with officials of the Department of Agrarian Development in Kurunegala and formally left it to the authorities on Wednesday (3) under the 'Wari Saubhagya' national irrigation development programme of the government.

The renovation project of this tank was commenced by 11 Field Sri Lanka Engineers (SLE) troops on 02 May 2021 after the plant work of the tank was at first supervised by the Brigade Commander of the Plant Engineer Brigade, Brigadier Anuruddha Senevirathna.

The Commanding Officer of the 11 SLE Lieutenant Colonel Krishantha Pussewela supervised the project that benefits hundreds of farming communities since the tank remained unattended for a long time.

Under the guidance of the Chief Field Engineer, Major General Nihal Amarasekara and the General Officer Commanding of the Engineer Division, Major General Chandana Wijayasundera, the project was brought to successful completion. 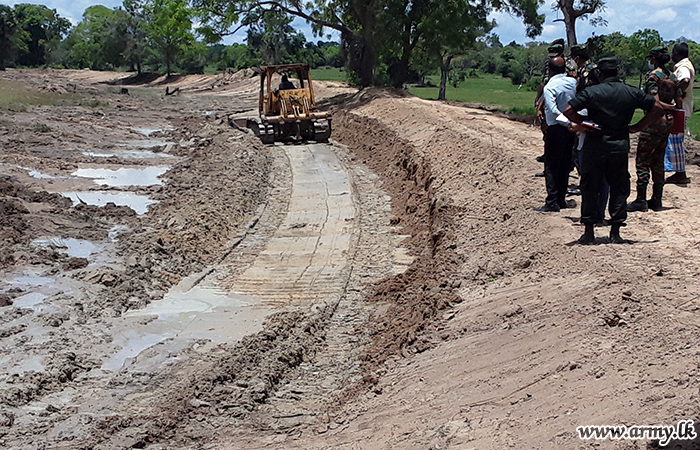 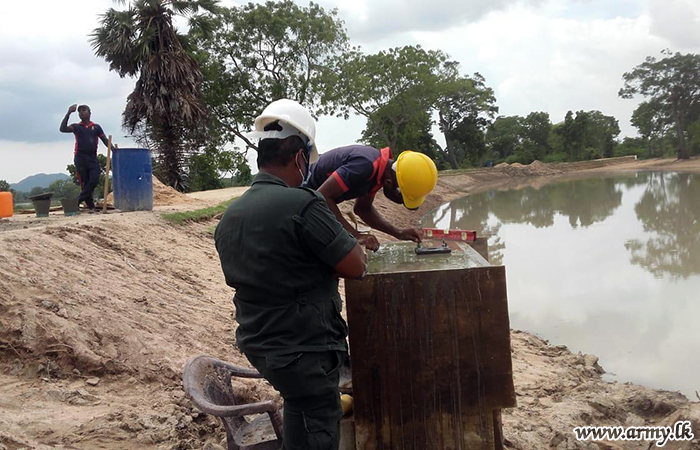 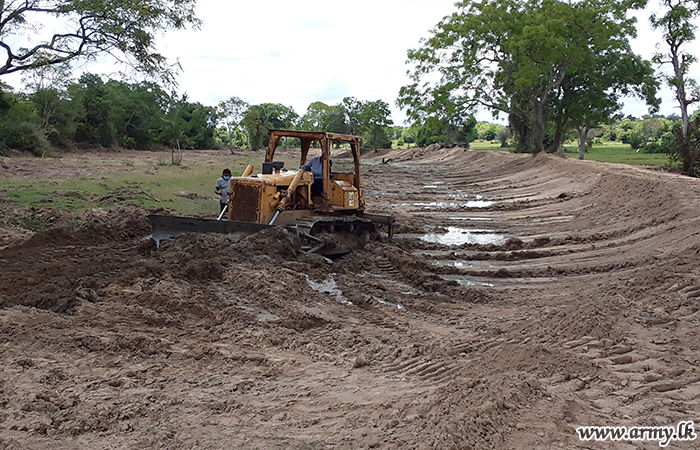 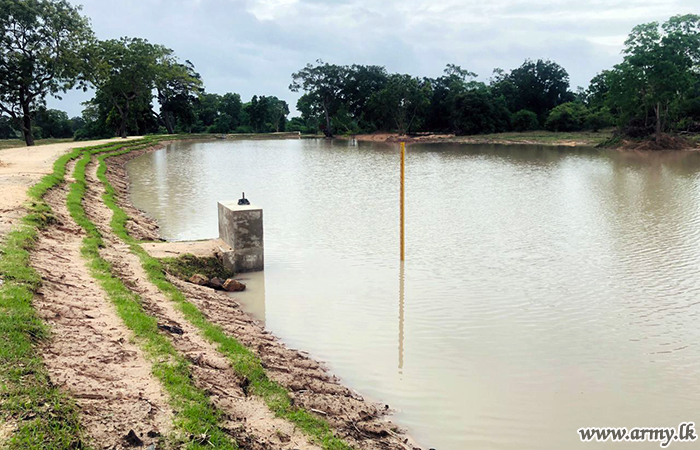