Guardians of the Skies, Sri Lanka Air Force (SLAF) with their SLAF Colour Wing hosted a red carpet welcome this morning (7) to the Commander of the Army, Lieutenant General Shavendra Silva when he made his first courtesy call on the Commander of the SLAF Air Marshal Sumangala Dias at the SLAF Headquarters.

The day’s proceedings got to a start soon after his arrival by inviting him to receive the salute of the Guard of Honour, presented by the Colour Wing at the SLAF Headquarters. After his review of the parade, the visiting Army Commander was received by the Commanding Officer at the Colombo SLAF Station, Air Vice Marshal Camillus Labrooy and Senior Officers at the SLAF Headquarters.

The ensuing cordial discussions between both military chiefs focused on further strengthening of bilateral understanding and close cooperation. Lieutenant General Shavendra Silva also gratefully recalled the experiences they have had during Wanni operations and the SLAF’s contribution to the success of the defeat of terrorism.

Members of the Air Force Board of Management were also present at the occasion.

Towards the culmination of the interactions, both of them as tokens of goodwill and memory exchanged mementos. The visiting Army Chief also left compliments in the Visitors’ Book at the Air Force Commander’s office before he left the premises. 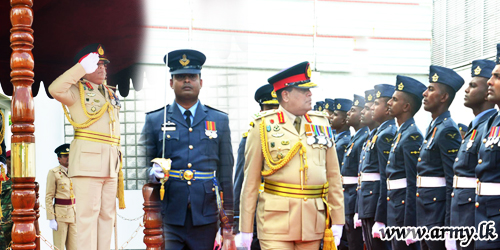 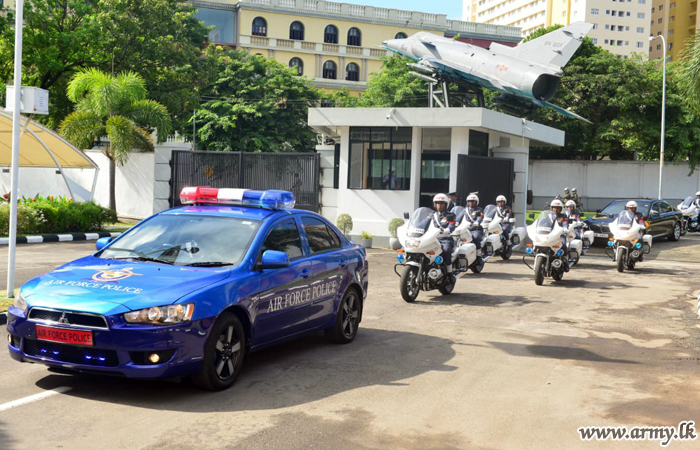 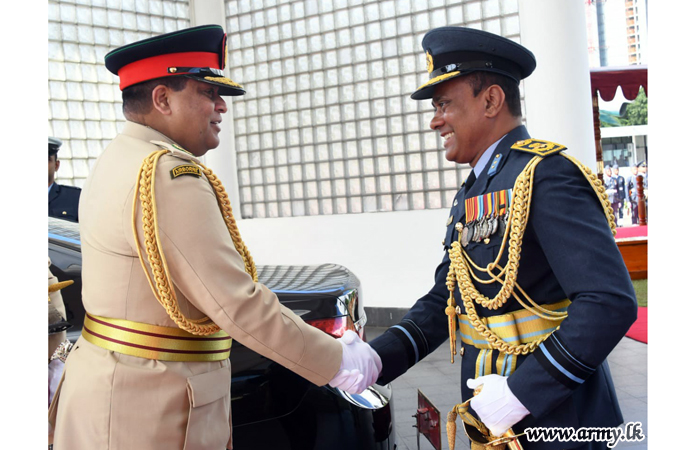 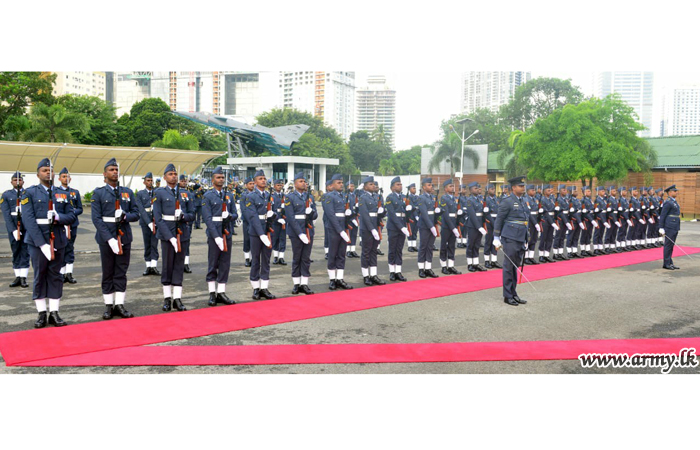 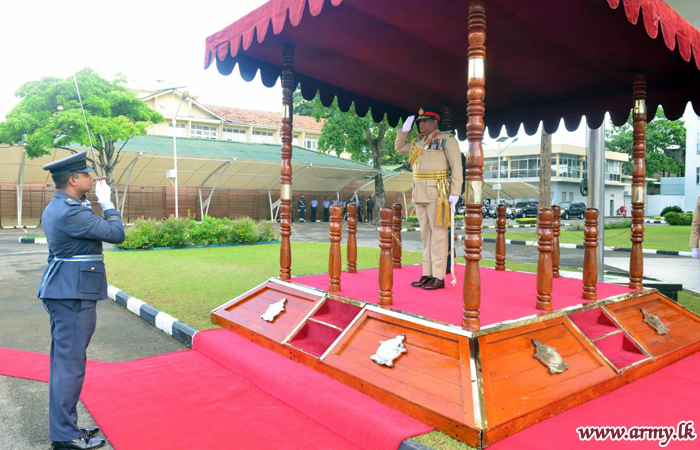 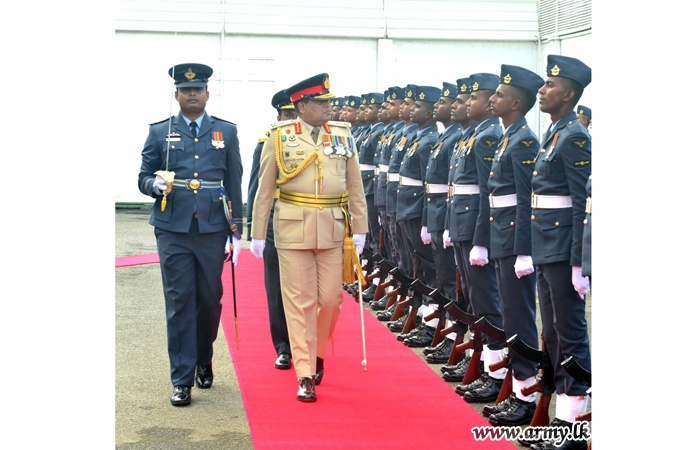 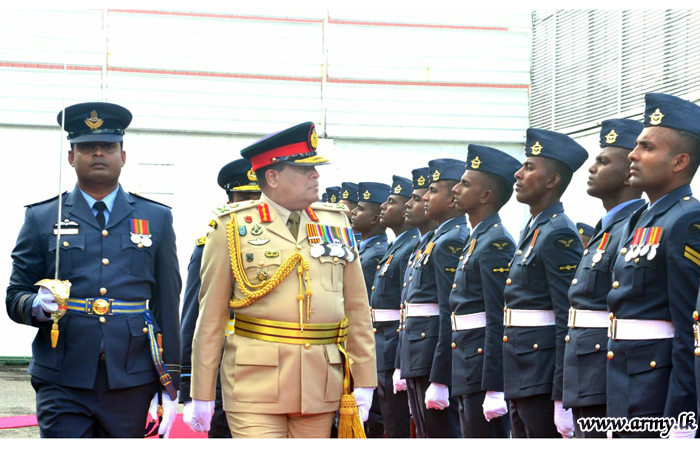 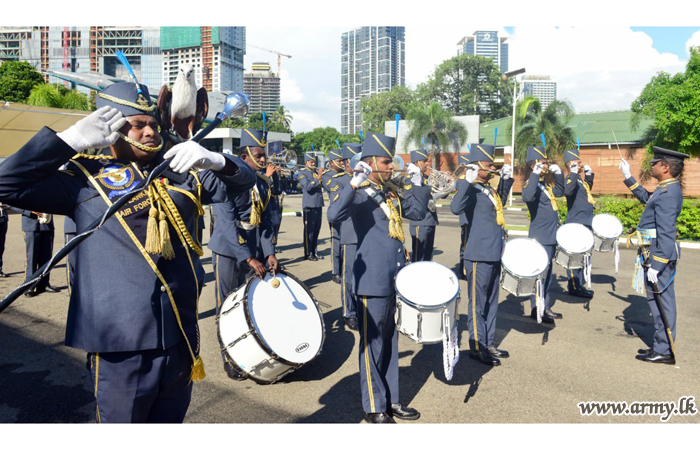 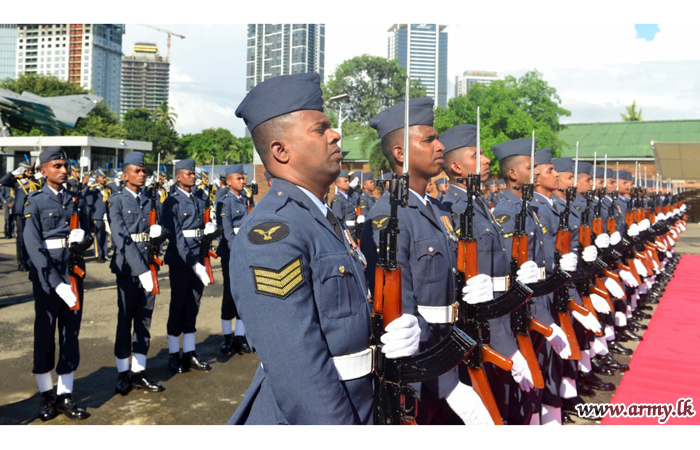 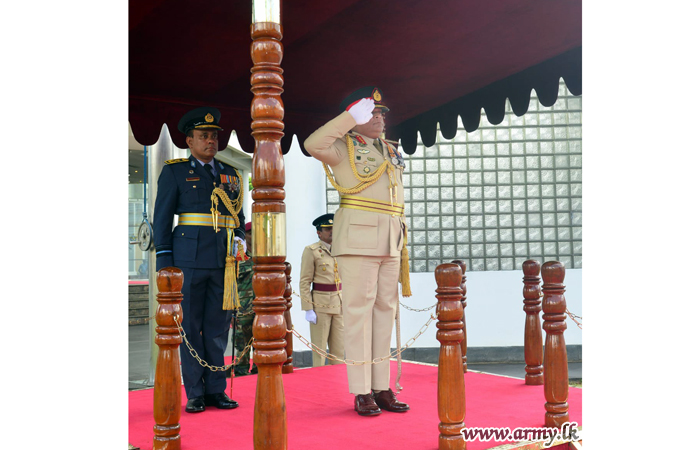 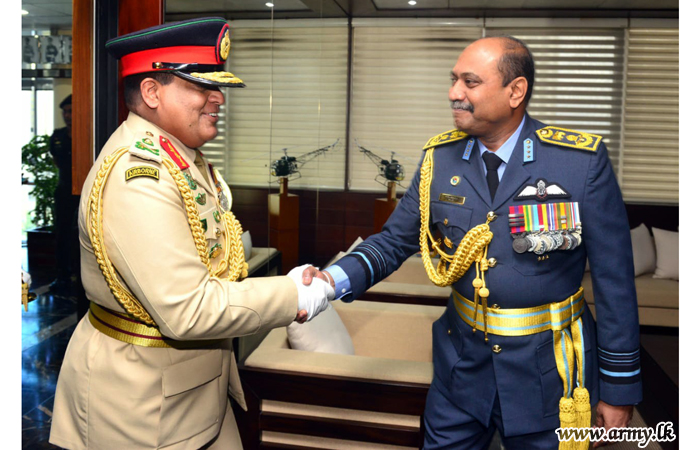 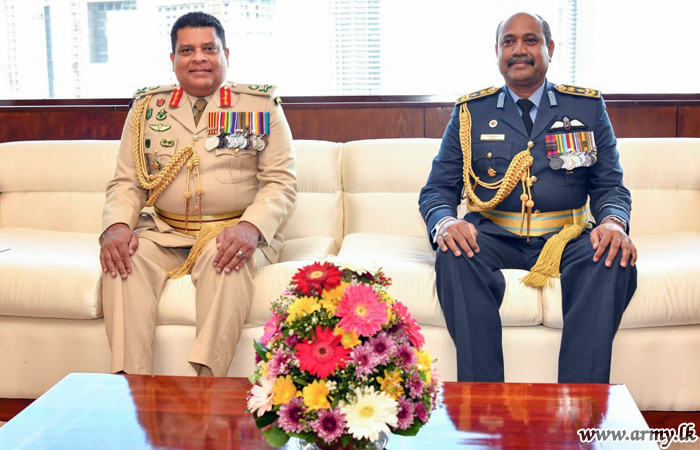 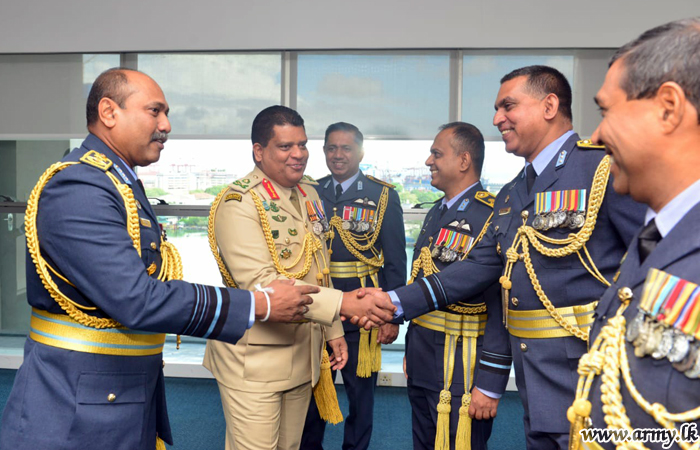 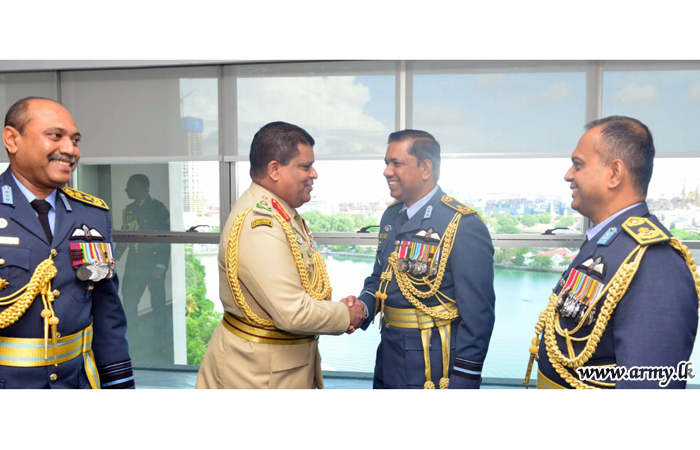 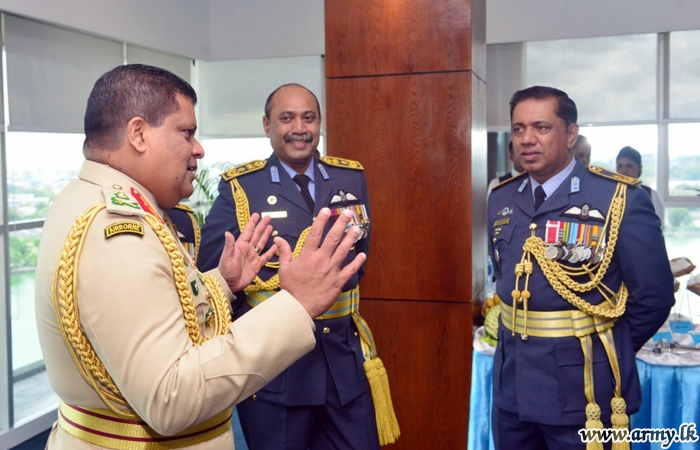 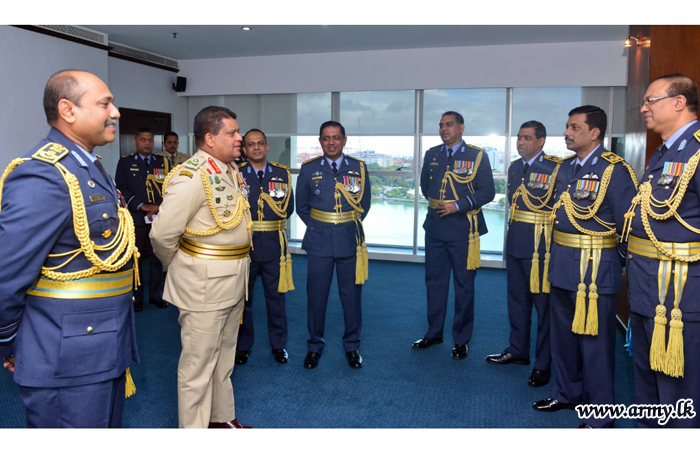 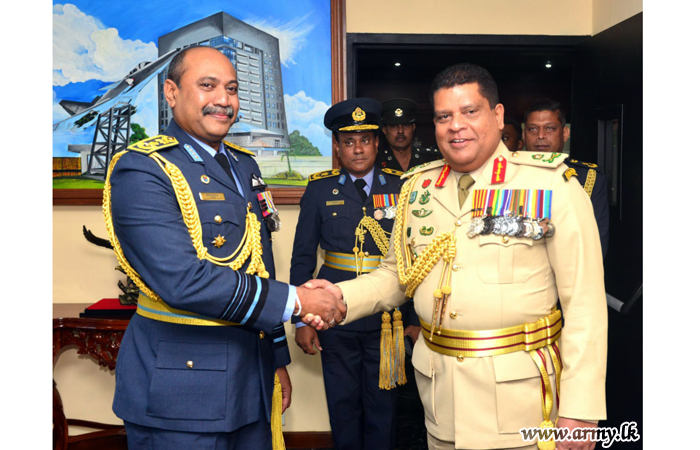 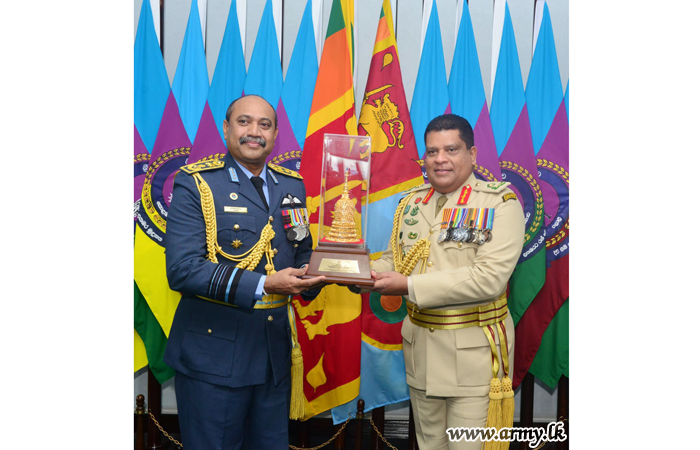 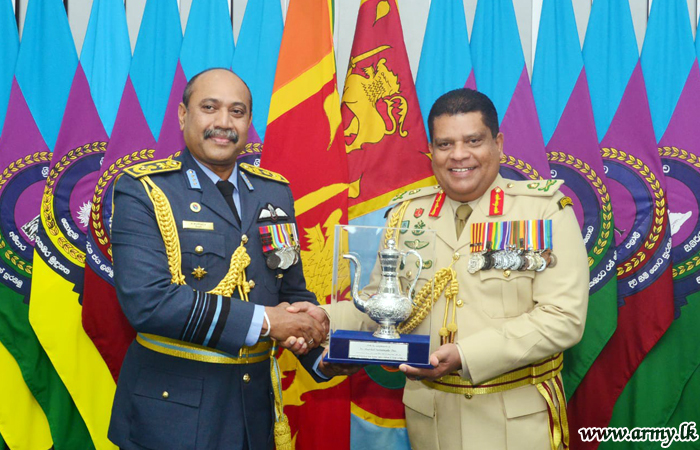 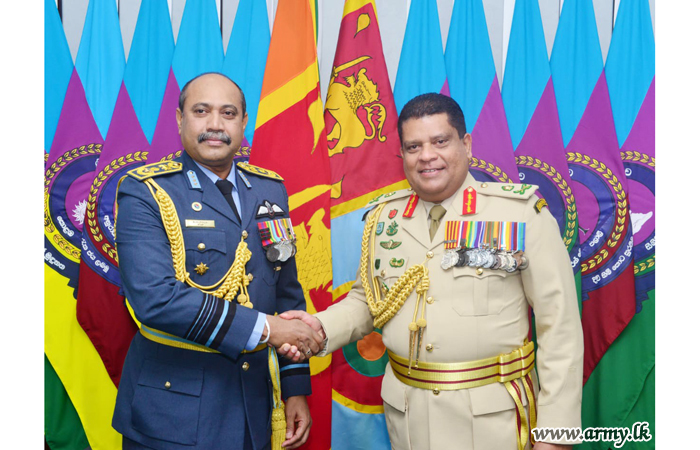 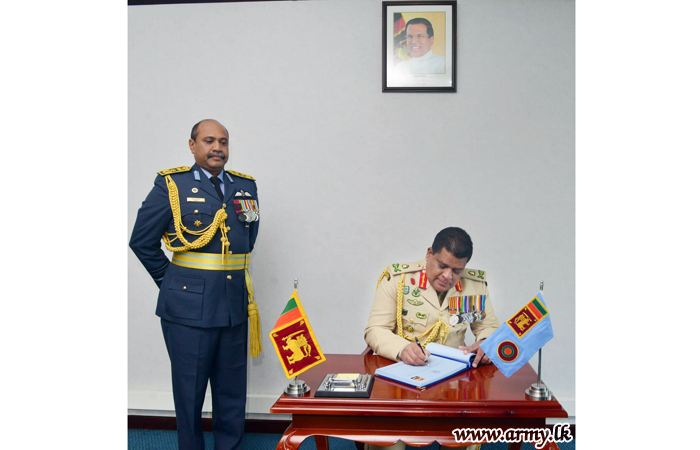