As the final leg of Wednesday’s (5) itinerary in Colombo, the visiting Commander-in-Chief of the Land Forces, General of the Army, Oleg Salyukov of the Russian Federation made a visit to the Sri Lanka Armoured Corps (SLAC) Regimental Headquarters in Colombo 15 to be greeted in a formal Guard Turnout and a Guard of Honour.

Soon after the honours in the parade were presented, Major General Sathyapriya Liyanage, Colonel of the Regiment, SLAC and Chief of Staff of the Army welcomed the visiting Russian Commander-in-Chief of Land Forces to the premises and invited him to the SLAC Colonel Commandant’s office.

At the SLAC Conference Hall, Major General Liyanage delivered the welcome speech and produced an overview of the SLAC and its current role and tasks before the visiting Army Chief.

Towards the end, Major General Liyanage and the visiting Army Chief exchanged mementos as symbols of goodwill and understanding before the Russian Army Chief left his compliments in the Visitors’ Book.

A group photo at the same occasion brought the proceedings at the SLAC Regimental HQ to end.

General of the Army, Oleg Salyukov is on a five-day goodwill visit to the country at the invitation of Lieutenant General Shavendra Silva, acting Chief of Defence Staff and Commander of the Army. 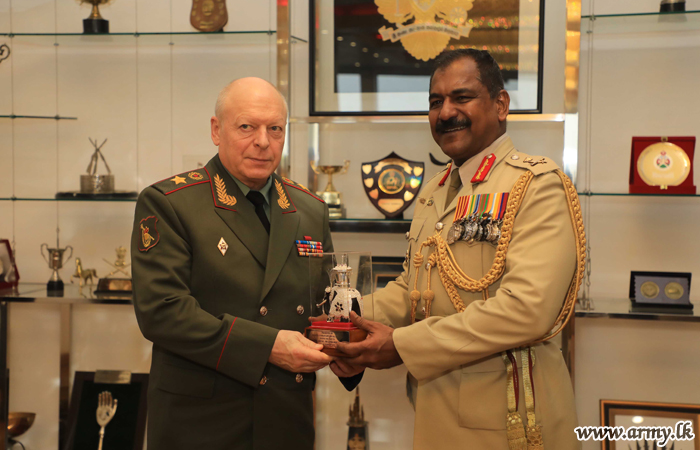 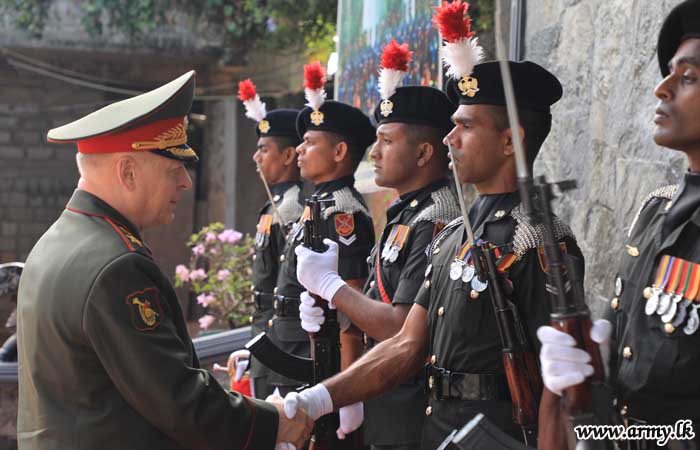 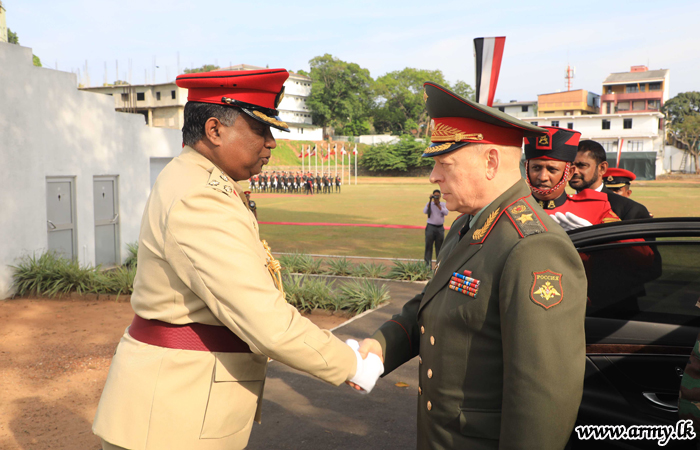 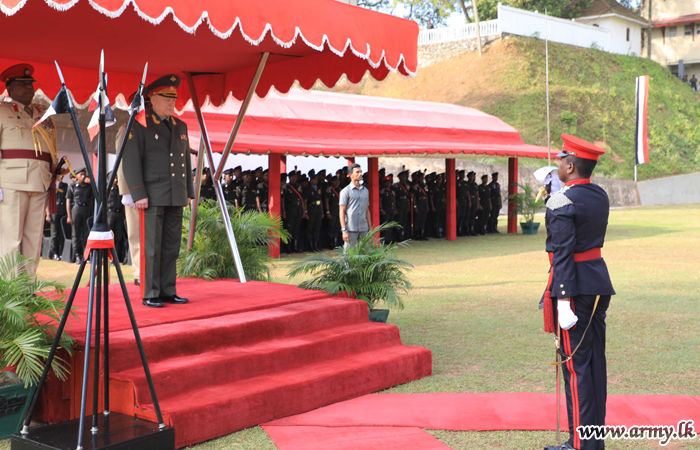 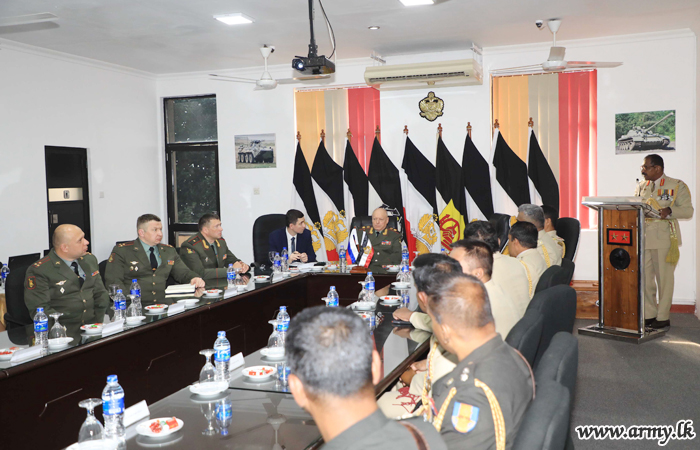 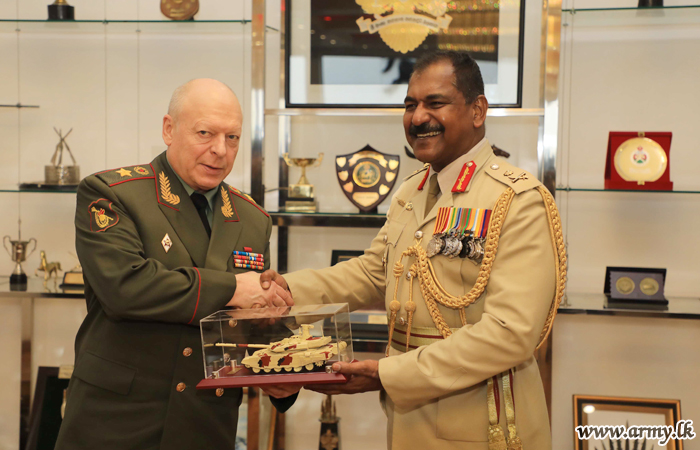 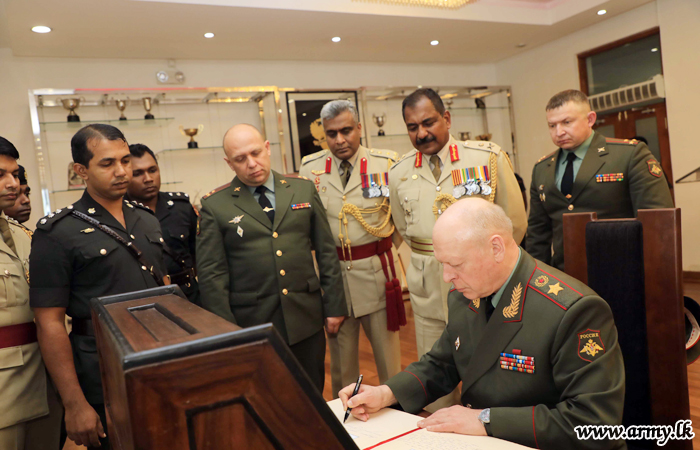 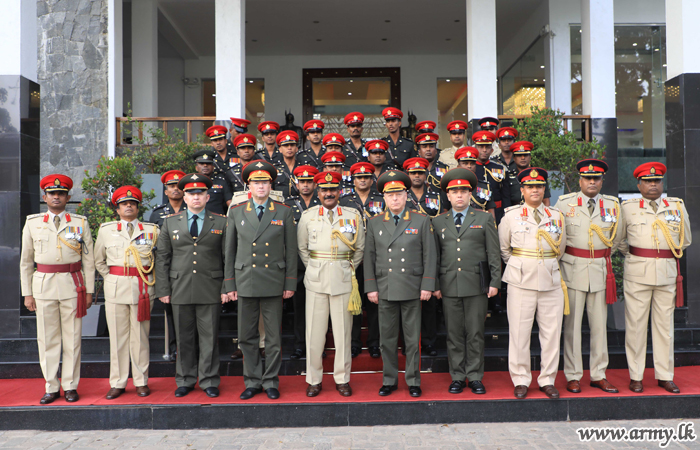