The Sinhala translation of ‘Provost Manual’(Yuda Hamuda Polis Karya Sanghrahaya), which covers the duties and responsibilities of a Military Policeman, used by the Sri Lanka Corps of  Military Police (SLCMP) was recently presented to Lieutenant General Crishanthe De Silva, Commander of the Army at his office.

Major General Nandana Udawatta, Colonel Commandant, SLCMP handed over the manual to the Commander of the Army.

SLCMP undertook the task of translating its English manual which had been adopted by the Royal Military Police into Sinhala in order to educate Military Policemen using their own vernacular. 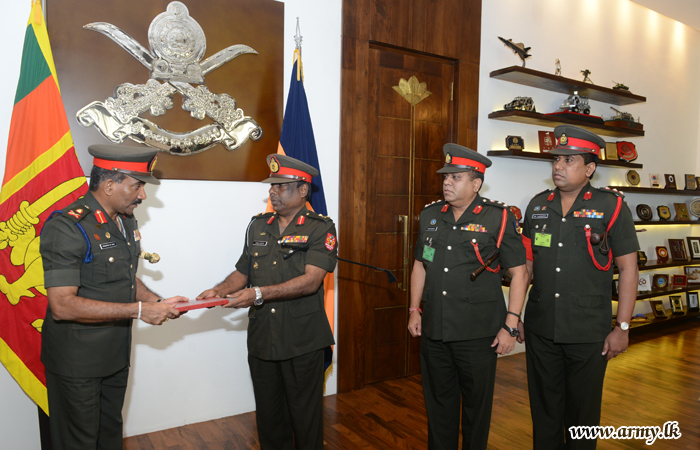 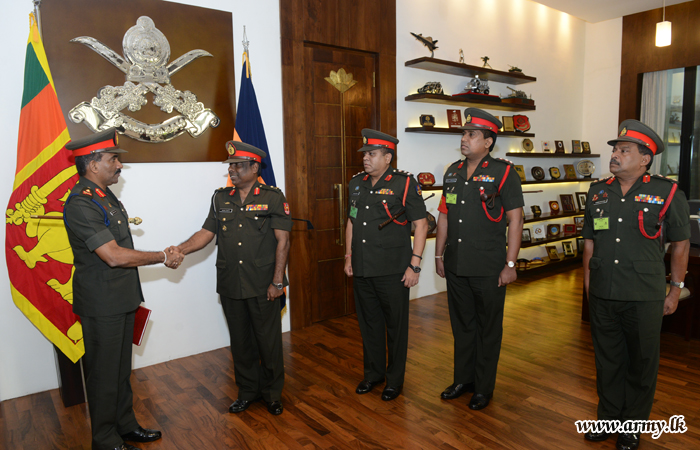 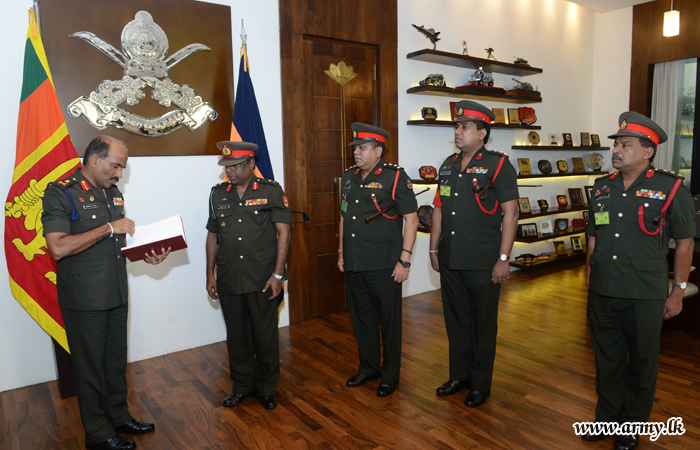