The Rajarata University of Sri Lanka this morning (24) extended a warm reception to one of the most respected monks, Ven Eethalawetunuwewe Gnanathilake Thero, Incumbent at Mirisawetiya who was making his first visit to the premises after he was appointed the Chancellor of the Rajarata University by HE the President Gotabaya Rajapaksa.

The new Chancellor, Ven Eethalawetunuwewe Gnanathilake Thero who has been guiding and patronizing many a Buddhist project in the North, initiated by the Army in the past two decades was instrumental in blessing the troops at war before May 2009 and re-establishing Buddhist places of worship in Kilinochchi and elsewhere after they were destroyed or vandalized by terrorists. The renovation and re-establishment of the Kilinochchi Lumbini Temple in the heart of Kilinochchi town was one such instance when the 58 Division HQ at that time was operational in the Wanni.

Likewise, the new Chancellor as the war for peace was entering decisive phases took the lead in organizing invocation of blessings on the troops at Jaya Sri Maha Bodhiya, Ruwanweli Maha Seya and Mirisawetiya while liaising closely with the incumbent Commander of the Army who was at that time serving as the General Officer Commanding of the 58 Division before May 2009.

The venerable monk’s goodwill and spiritual guidance for troops has to-date earned respect and remained a notable feature which in turn served a moral catalyst to the troops as he is representing the custodianship of the first Dagoba (Mirisawetiya) in Anuradhapura, built by the King Dutugemunu during 161-137 B.C.

Today’s formal reception at Rajarata University auditorium saw Mr Gamini Senarath, Secretary to the Prime Minister offering the symbolic ‘Vijinipatha’ (traditional fan) as a tool of veneration to the new Chancellor. Lieutenant General Shavendra Silva showed his regard to the venerable monk by offering an Atapirikara Pooja at the same occasion. 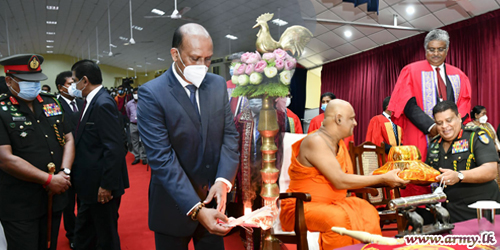 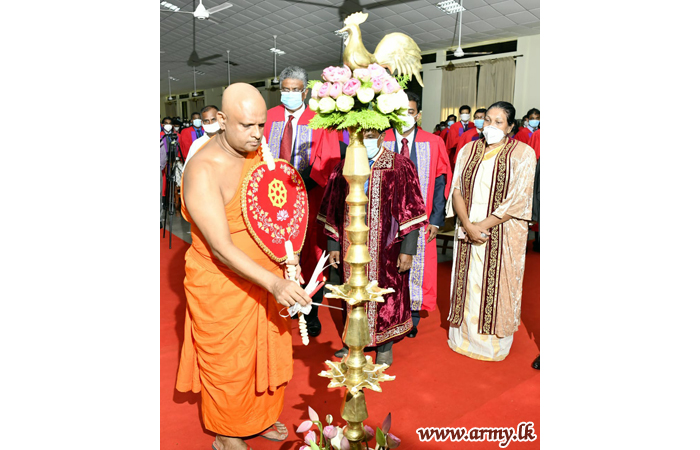 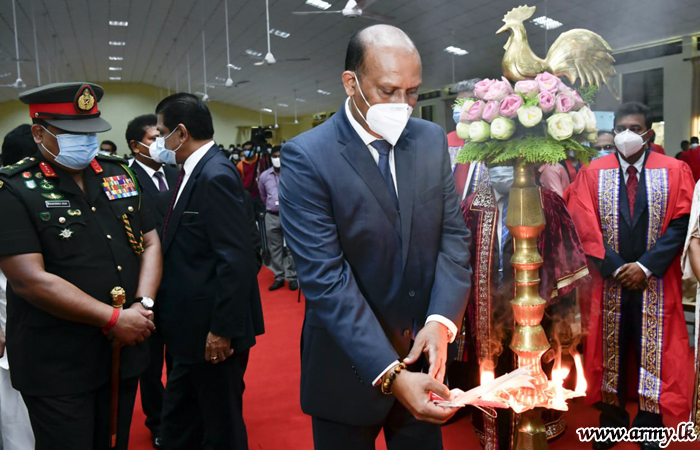 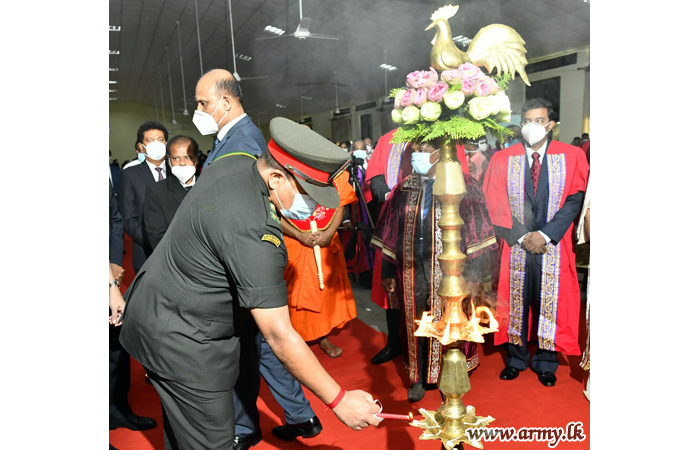 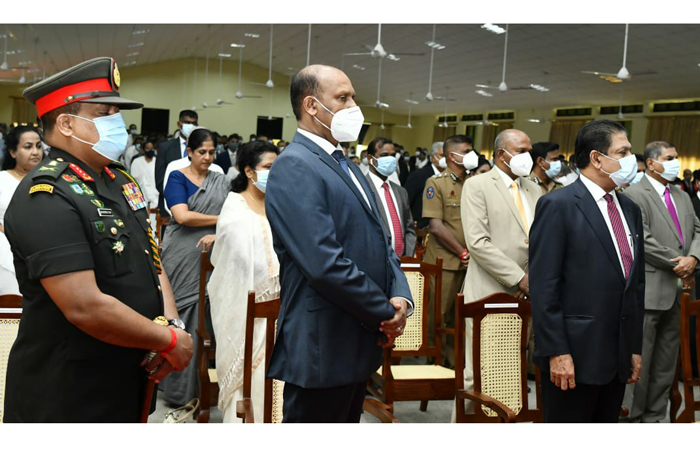 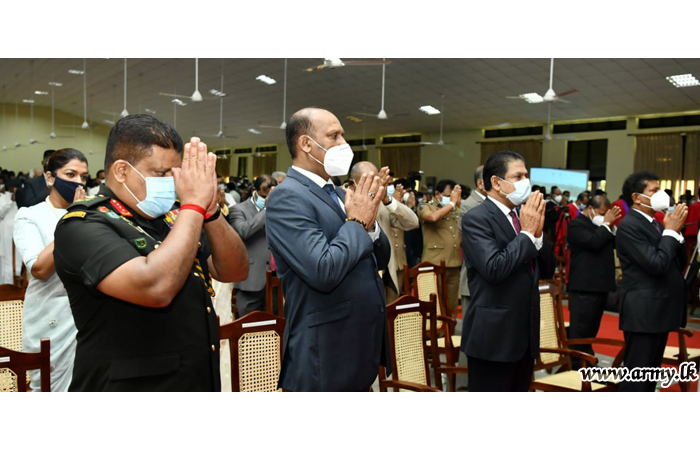 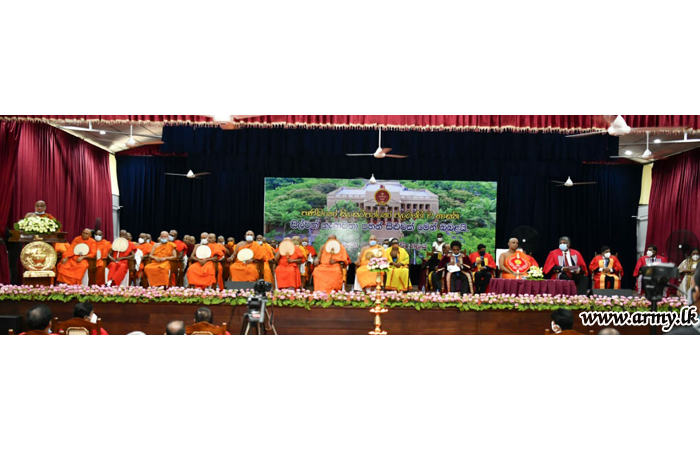 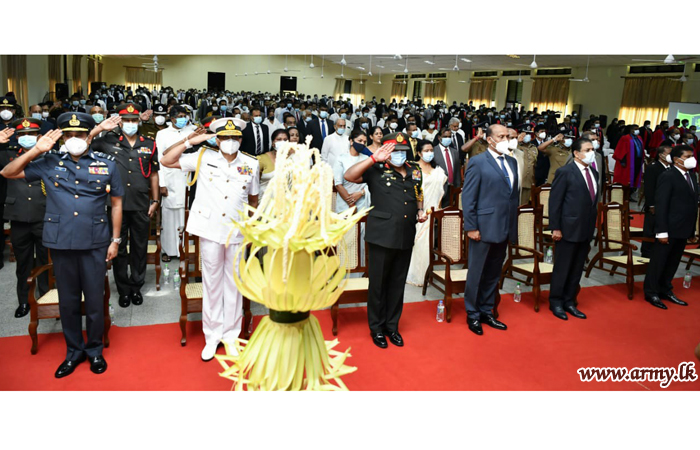 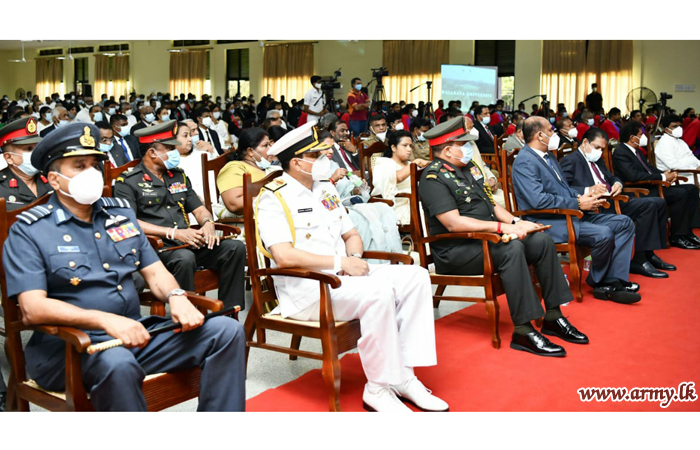