To be in parallel with the President initiated, ‘Wana Ropa’ National Tree Planting camspaign (October 22 - 31), a number of island-wide Army Security Force Headquarters (SFHQs) and other formations within this week launched projects in their respective areas.

Security Force Headquarters - Mullaitivu (SFHQ-MLT) coining its own catch words, ‘Thuru Kepakaru’ and ‘Api Nirathuru’ under the theme ‘Chandana Arana’ of the ‘Wana Ropa’ planted more than 200 tree saplings in the SFHQ-MLT compound with the participation of a large number of officers and other rankers.

Major General P.U.S. Vithanage, Commander, SFHQ-MLT symbolized the beginning of the project by planting the first tree sapling in the premises.

Meanwhile, Security Force Headquarters-West (SFHQ-West) which was throwing its weight behind the project selected several of their formations under the SFHQ-West and began planting more than 4350 tree saplings by 22 October 2015.

The newly appointed Commander, SFHQ-West, Major General Sudantha Ranasinghe has given his full blessings to the project.

The programme of the SFHQ-West under the ‘Ranaviru Haritha Arana’ theme is to plant those above saplings beginning October 22. A few such tree planting projects took place early this week with the participation of the former Commander, SFHQ-West beginning from walk path at Bellanwila-Boralesgamuwa.

In the meantime, as per directions of the SFHQ-West, 4 Vijayabahu Infantry Regiment (VIR) troops serving in Colombo and suburbs under the command of Major B.K.S.L Rodrigo on Thursday (22) planted tree saplings in four Buddhist temples, Sri Ariyawansharama Viharaya, Sri Wickremasingharamaya, Vidyalankara Institute and Maha Vishuddharama Thripitaka Pirivena, all four in Dematagoda.

In the meantime, 241, 242 Brigades and 24 Sri Lanka National Guard (SLNG) under the Security Force Headquarters - East (SFHQ-E) launched their own separate tree planting programmes at their respective Headquarters premises on Thursday (22) morning. All ranks including woman soldiers in above formations planted more than 80 tree saplings in their respective places of work. 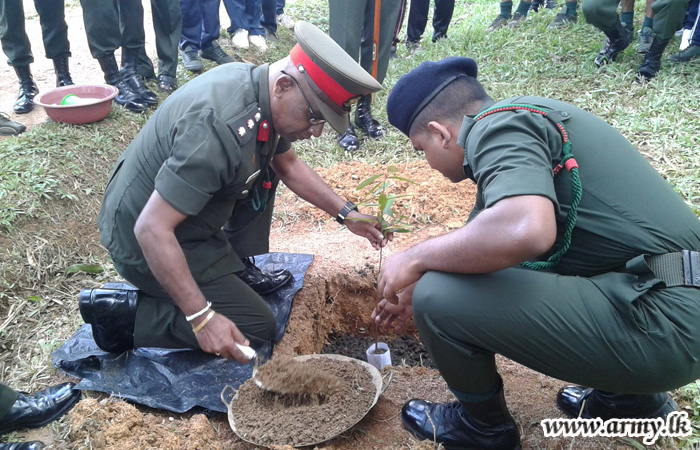 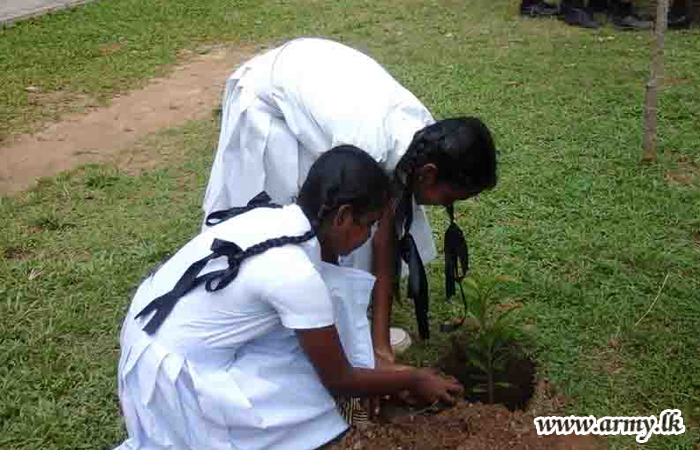 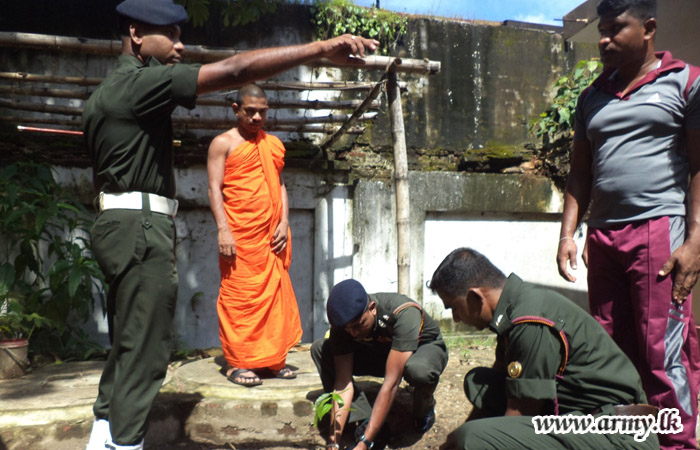 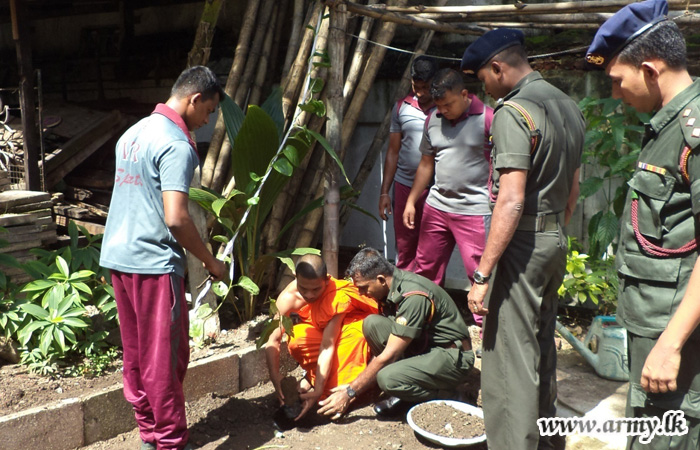 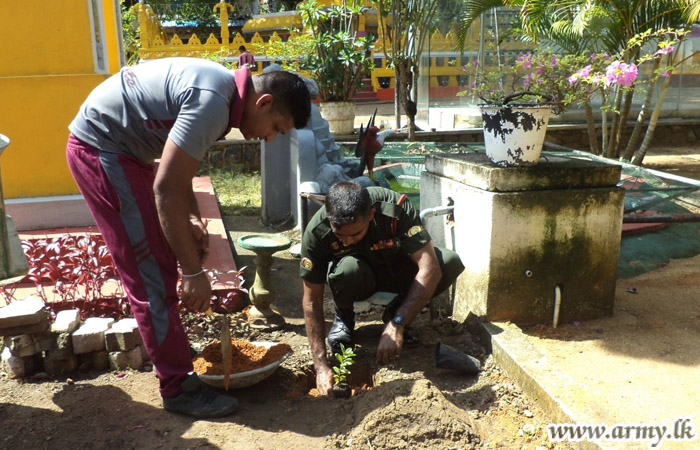 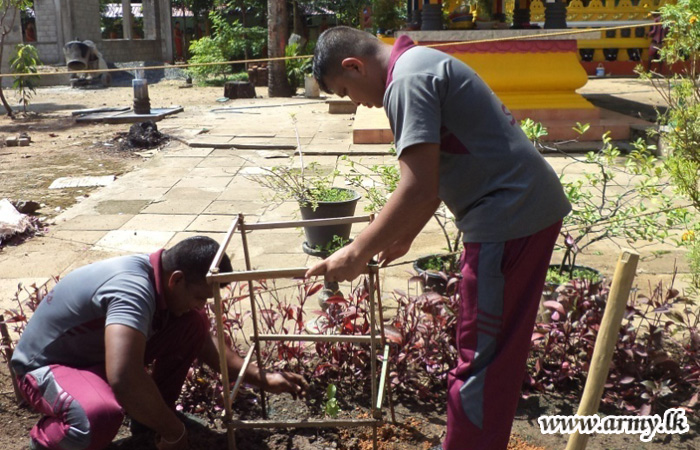 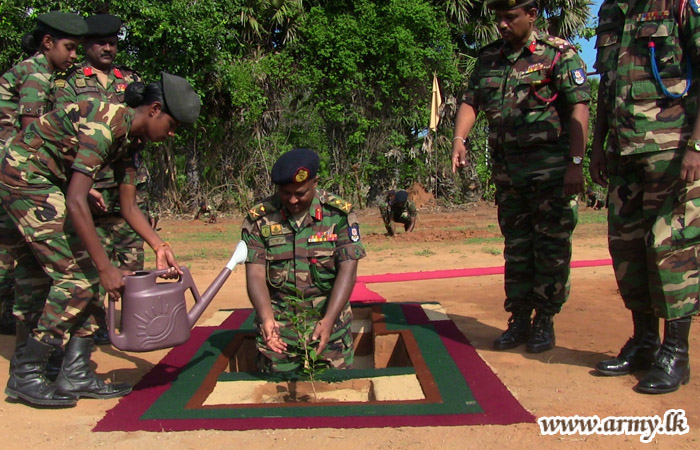 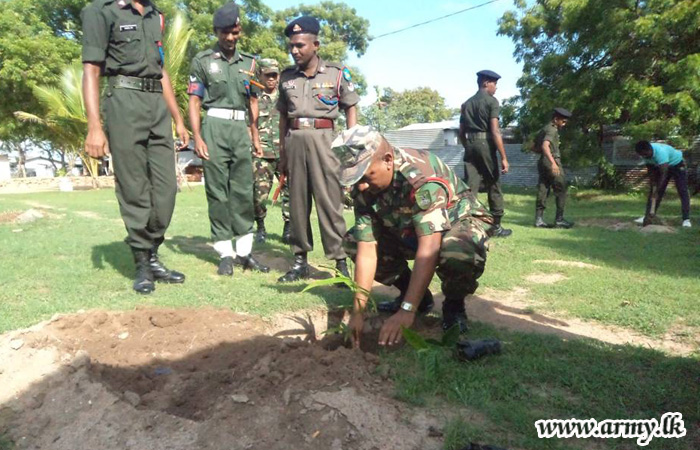 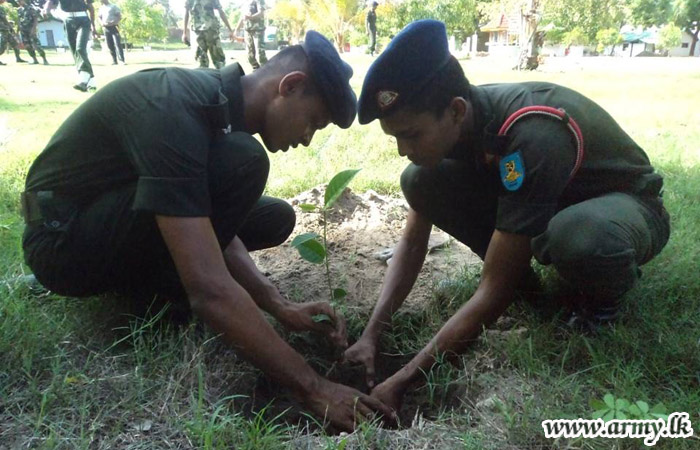 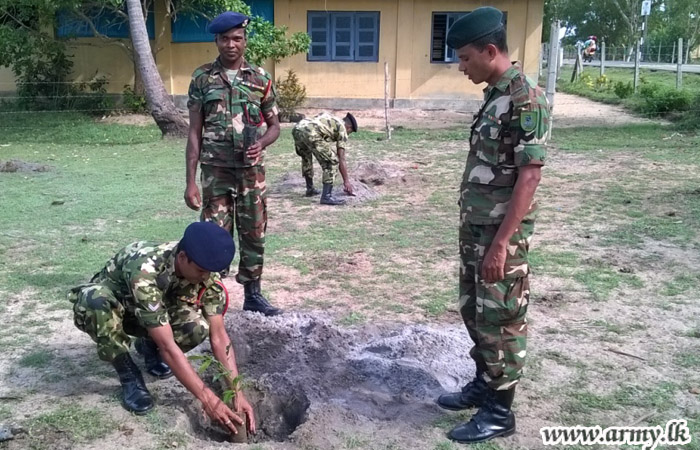