Troops of the 581 Brigade under the 58 Infantry Division on the directions of the Commander, Security Force Headquarters-West (SFHQ-West) launched one more phase of tree planting under the ongoing “Nature Conservation Project”.

The project is aimed at beautifying the environment and reducing the pollution by increasing the greenery forest areas in Western, Northern Western, Sothern and Sabaragamuwa provinces.

The programme got underway at central Amunugoda area, Elpitiya on Tuesday (16) on the directions of Major General S Ranasinghe, Commander, SFHQ-West.

The main programme covered planting of 80 fruit saplings with the participation of students, together with educational, environmental, forest conservation officials and a large gathering of Army officers and other ranks.

In the meantime, over 900 saplings of fruits were planted under the same progamme in another 12 school premises in the Southern area under the supervision of the Army troops of the 581 Brigade. Divisional Secretary, Regional Education Director, District Medical Officer, Superintendent of Police in Elpitiya, Forest Conservation Officer Galle District, School Principals and a few other government officials participated in that programme. 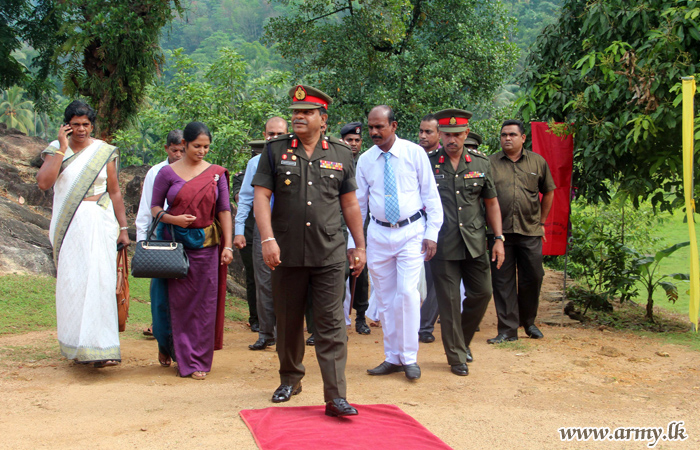 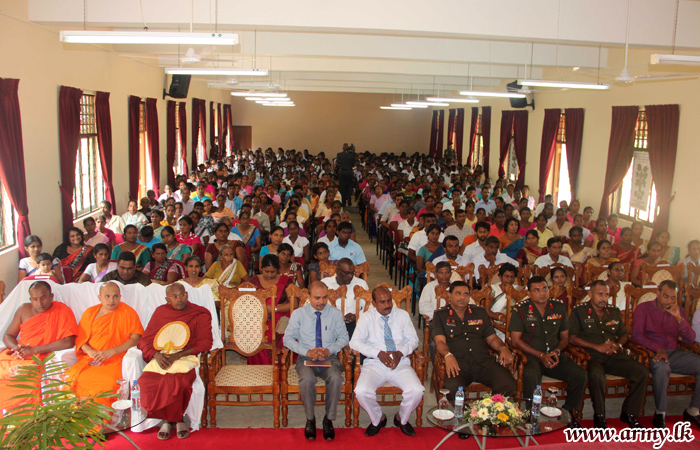 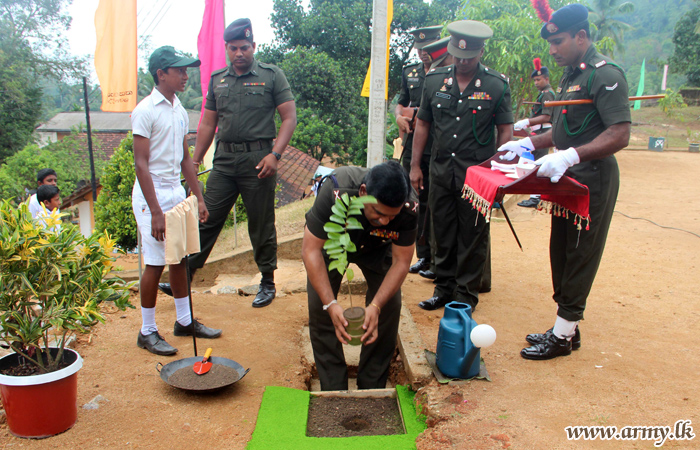 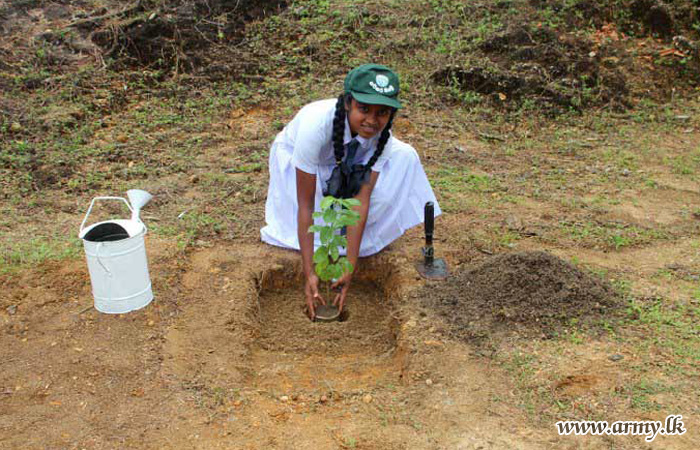 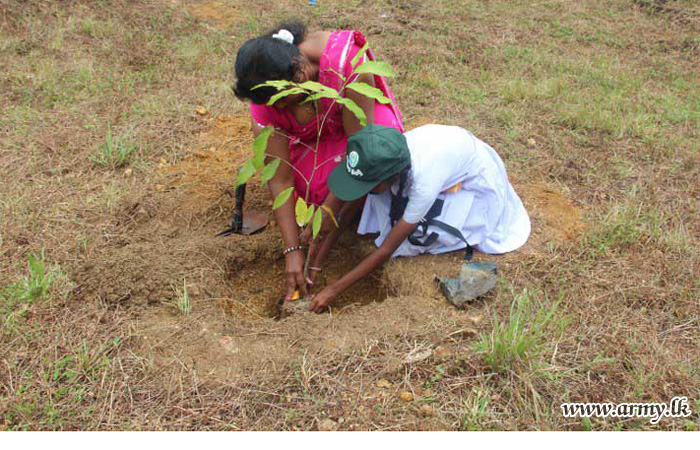