In the meantime, dry rations, worth Rs. 150,000.00 were distributed among 247 under privileged families at Weherathanna village by the Commander SFHQ - W and Dr. Susila Ranasinghe who sponsored the donation, together with her family members during the ceremony, organized by the troops of 26 Sri Lanka Sinha Regiment on the directions of the Commander SFHQ - W at Nandimithragama on Tuesday (2). 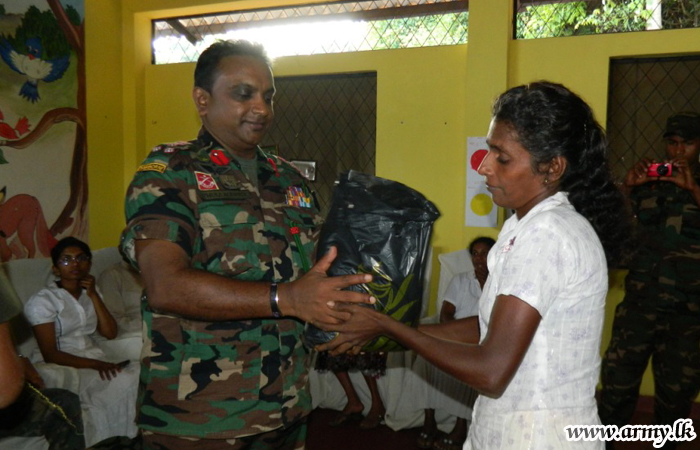