The Army Headquarters - initiated house construction for civilians of low-income group families assumed another important phase when 59 Division Headquarters of the Security Force Headquarters - Mullaittivu with sponsor’s support built two more houses in the general areas of Kokilai and Karnatakerni in Mullaittivu for two needy families.

Troops of the 19 Gemunu Watch and 5 (v) Sri Lanka Sinha Regiment of the 593 Brigade of the 59 Division under the Security Force Headquarters – Mullaittivu took the responsibility of constructing those two houses and formally vested them in the beneficiaries on account of the Army anniversary on Wednesday (13).

The sponsorship for those two houses was provided by the philanthropist, Mr Asagnga Warakagoda, a past pupil of Kandy Sylvester College in response to the importance of the project.

The new house for the beneficiary, Mrs Sharmila Fernando was constructed by 19 GW troops in close consultation and financial contribution with Ven Tissapura Sri Gunarathna Thero, Chief Incumbent at Kokilai Sri Sambodhi temple. Similarly, troops of the 5 (V) Sri Lanka Sinha Regiment using their technical and engineering skills constructed the house for Mrs Wairasundaram Kaviskanthi, a family with children in the general area of Karnatakerni with the financial contribution of Mr Asanga Warakagoda, old pupil of Sylvester College College, Kandy.

Similarly, Ven Ududumbara Sobitha Thero with the coordination of Brigadier Wasantha Palamkumbura, Brigadier General Staff at the SFHQ-MLT donated a set of furniture and electric equipment needed for day-today use of those families.

At the same time, a stock of dry ration packs sponsored by Ven Galgamuwe Shanthabodhi Thero were also distributed among 10 needy families in the area, along with a set of school accessories for students in those families. 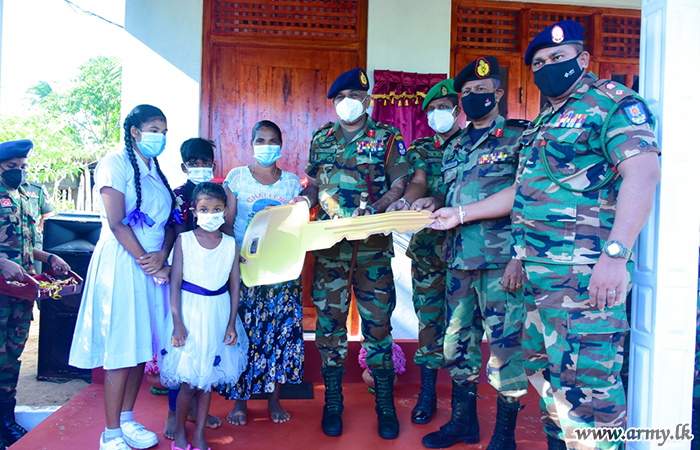 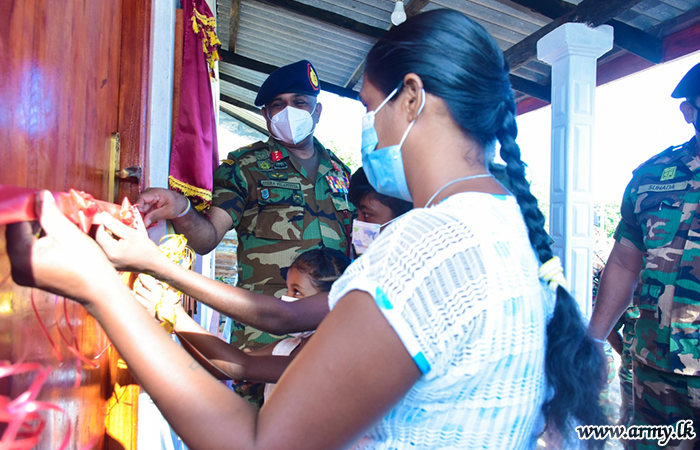 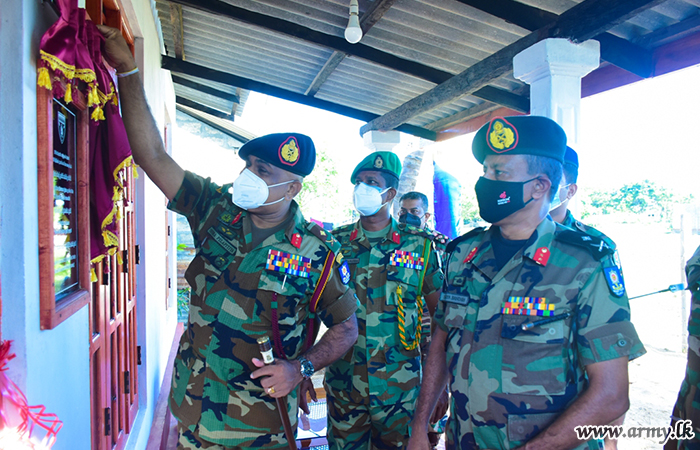 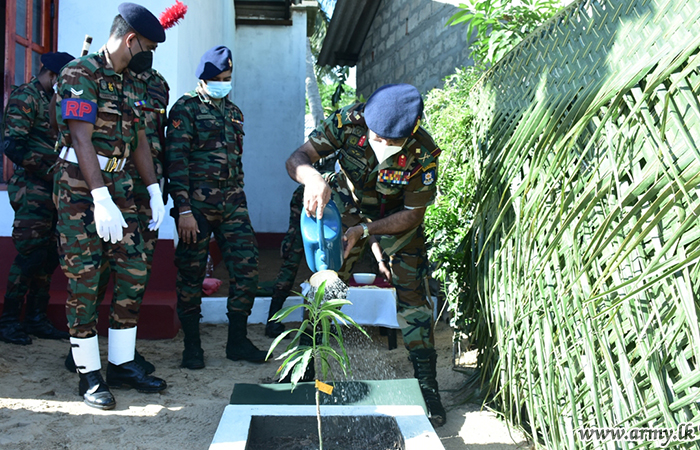 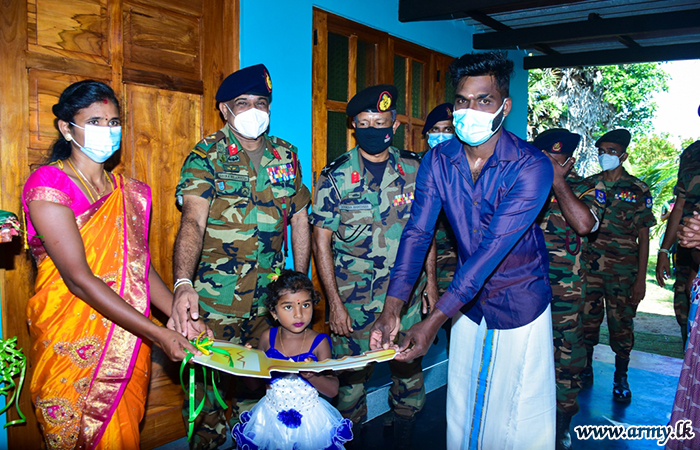 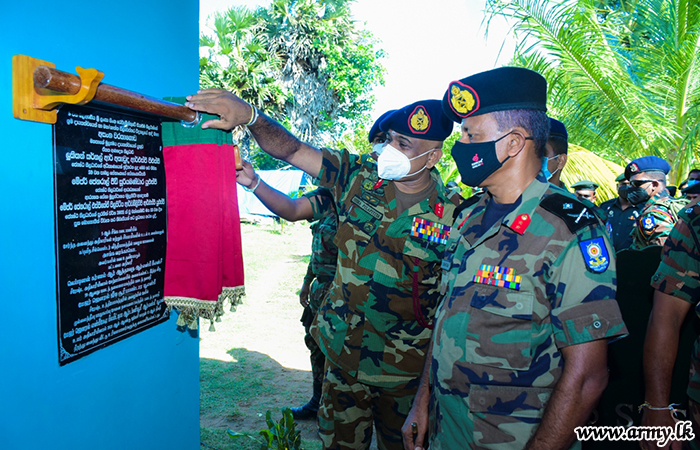 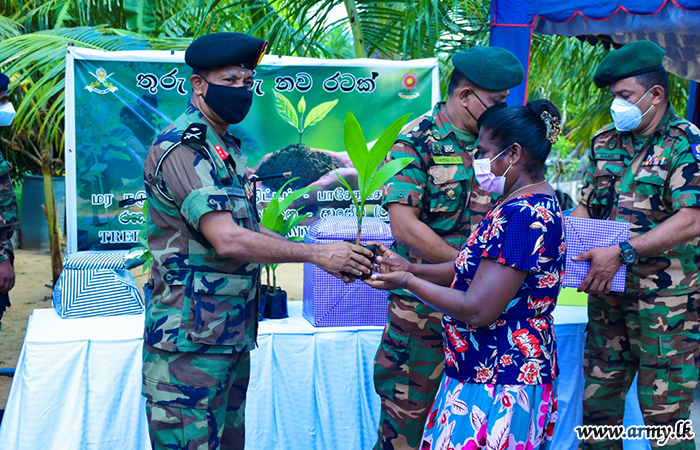 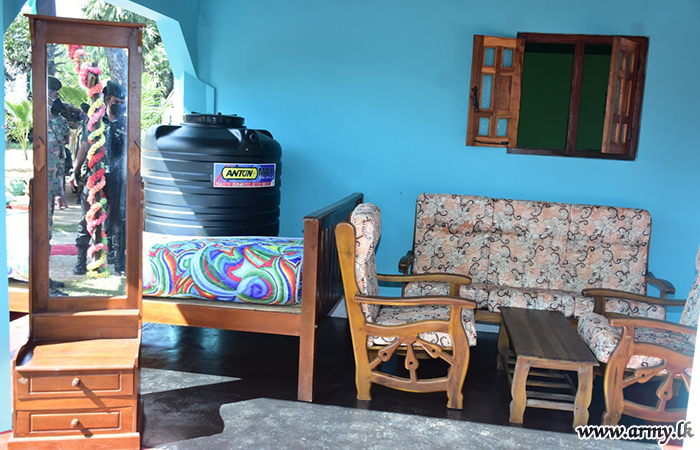 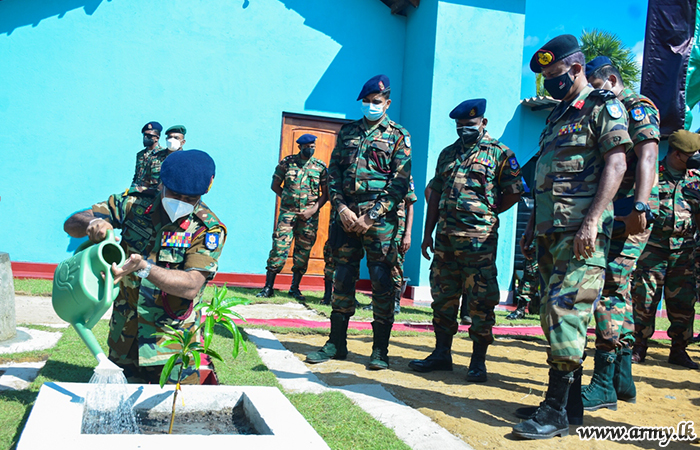 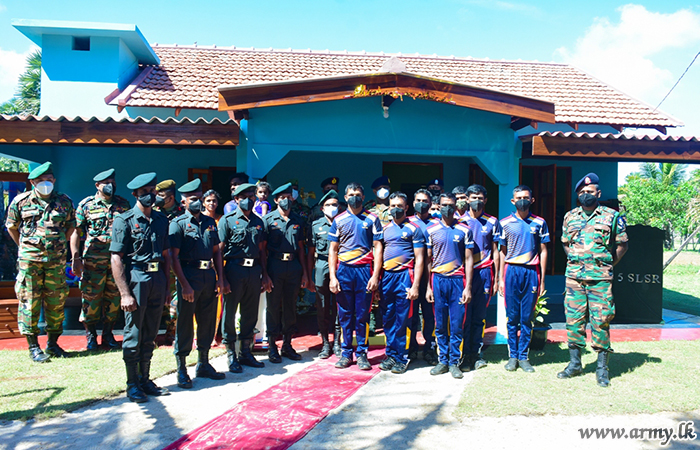