A ceremony to felicitate the boxing champions of Mulliaveli Vidyananda Maha Vidyalaya Boxing Team who emerged as overall winners in the recent all-island T.B. Jayah Memorial Boxing Meet got underway on Monday (16) at the Security Force Headquarters - Mullaittivu (SFHQ-MLT) auditorium, following coordination done by the 59 Division Headquarters in Mullaittivu.

Gold medalists and Best Boxer Vijitharan Samson and other medalists, Yoganadan Genanan, Yogeshwaran Kiridaran, Muralidaran Thanujan in the tournament representing the school were gifted four push bicycles by the Chief Guest during the ceremony as appreciative incentives. In addition, a stock of accessories, needed for the game were also awarded to the school on the same occasion for further promotion of boxing among students. Those cost of push bicycles was born by troops of all Brigades under 59 Division.

Towards the end of the day’s event, all the distinguished guests with boxing champions appeared for a group photograph as a token of memory. 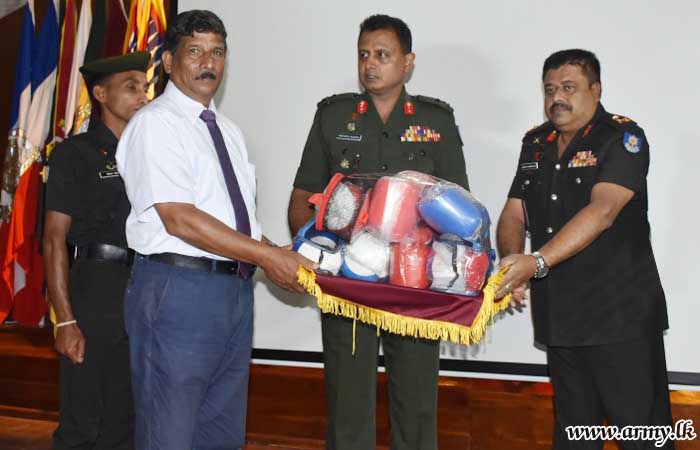 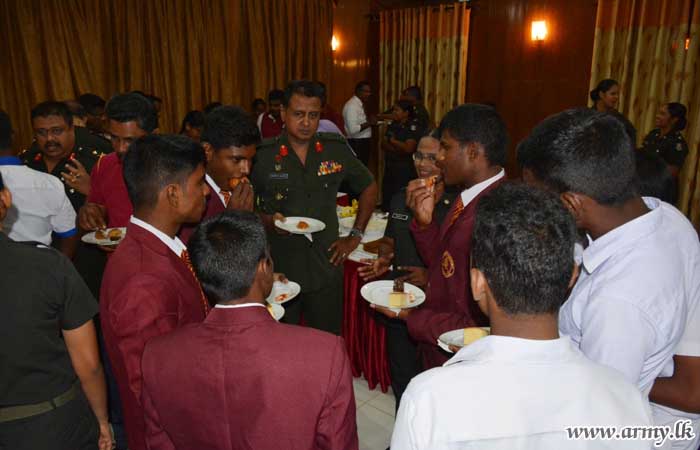 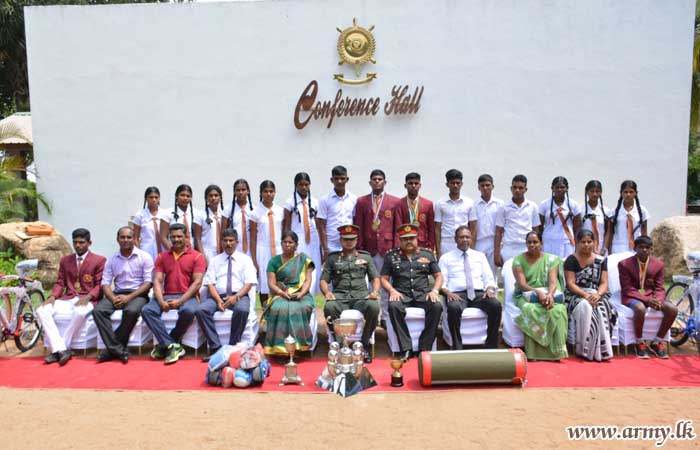 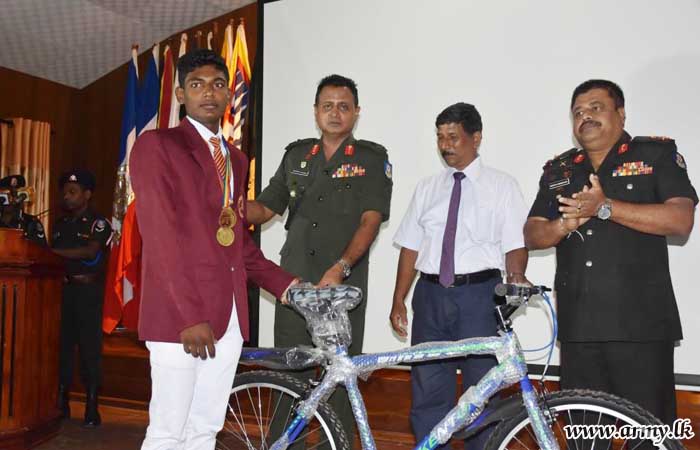 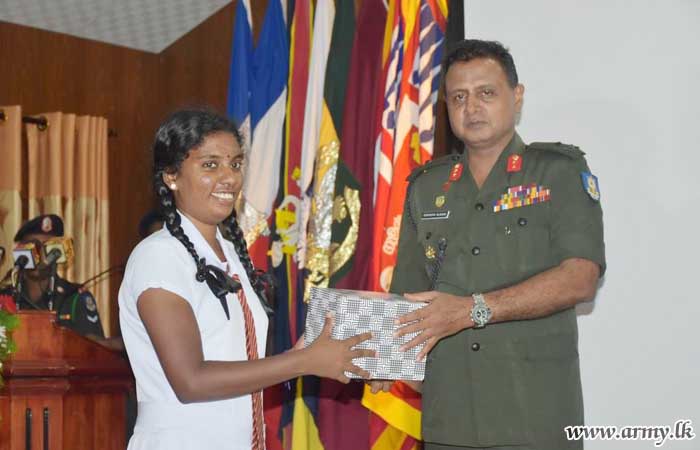