The Security Force Headquarters - East (SFHQ-E) doing its part for the Army anniversary on Friday (8) handed over one more new house built by the SFHQ-E Army to a civilian in Muthuwella area in Welikanda.

The house, built within 60 days by Army troops of 9 Field Regiment of Sri Lanka Artillery (SLA) under the 233 Brigade was vested in the disabled lady, Mrs K.P Damayanthi during a simple ceremony, headed by the Commander, Security Forces - East, Major General Channa Weerasuriya.

In addition to labour provided by the Army, funds for raw materials have been allocated by the ‘Mihindu Niwahana’ Fund, a social service organization on initiatives taken by the Security Force Headquarters - East.

Appreciation certificates were also distributed among the troops who completed the project at the same occasion praising their dedicated work. 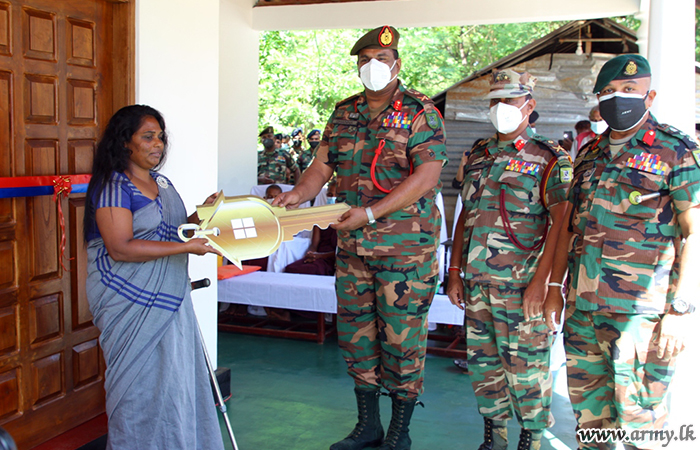 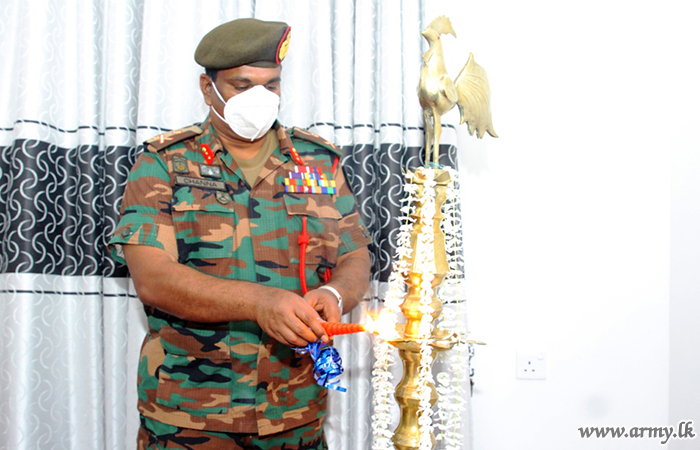 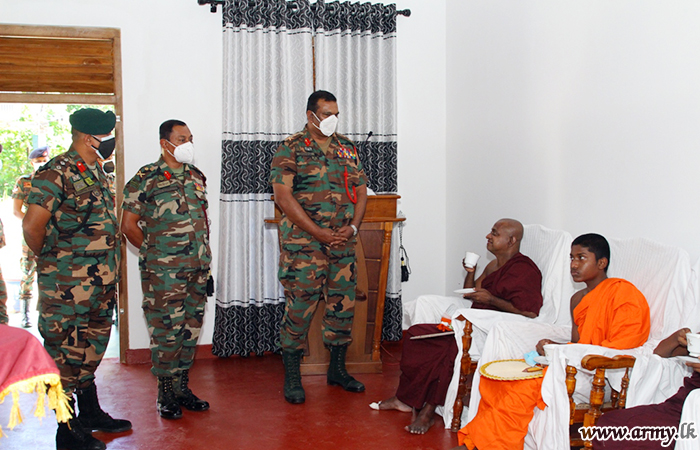 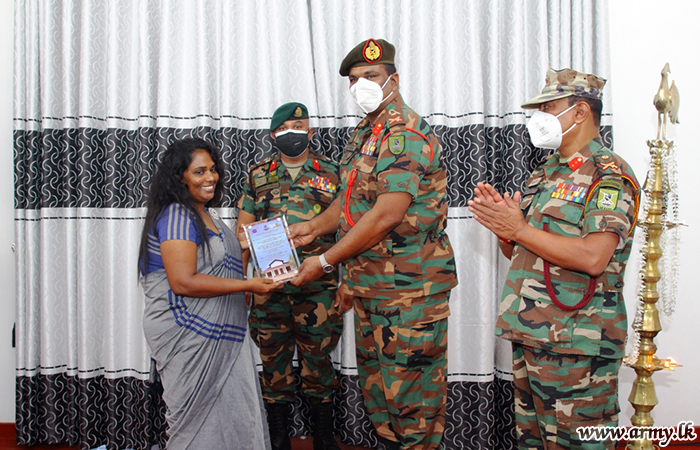 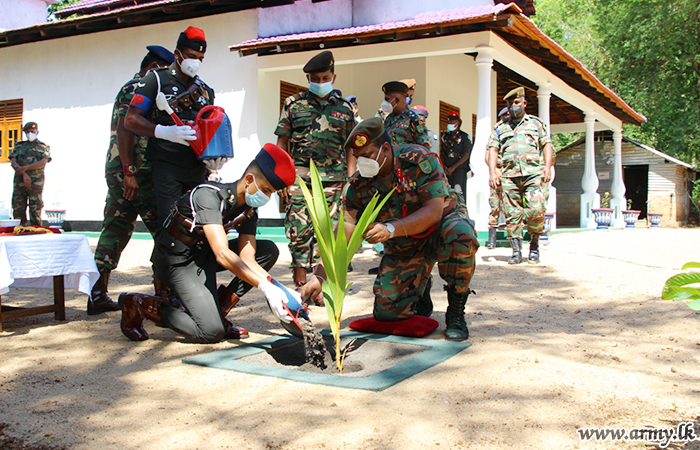 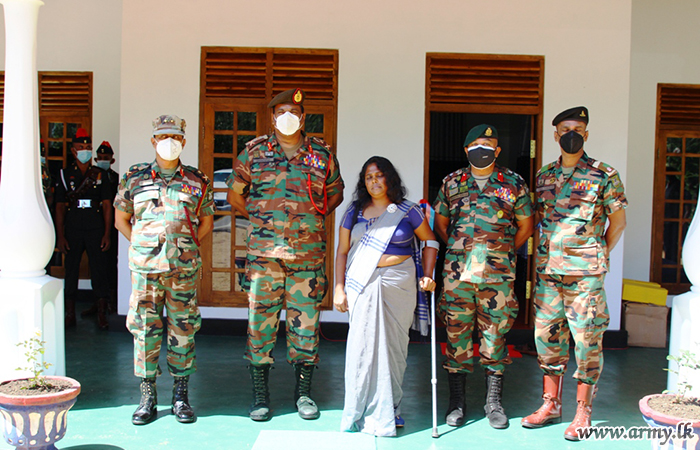 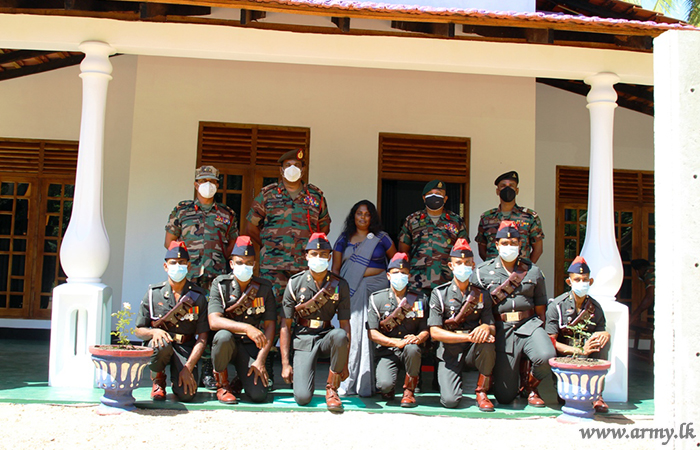