Troops of the 16 Sri Lanka National Guard (SLNG) under the 24 Division of the Security Force HQ - East (SFHQ-E) vested a new house in a needy family in Tampitiya Mahaoya area, built under the patronage of the Commander, Security Forces - East, Major General Channa Weerasuriya on Saturday (31).

The financial support was given by Mr Nishantha Laksiri of DFL Cargo International Private Limited at the request of the Commander, Security Forces - East.

The construction of the new house was completed with the assistance of 16 SLNG troops under the close supervision of the General Officer Commanding, 24 Division, Major General Chaminda Lamahewa and Commander, 241 Brigade, Brigadier Janaka Wimalarathna. 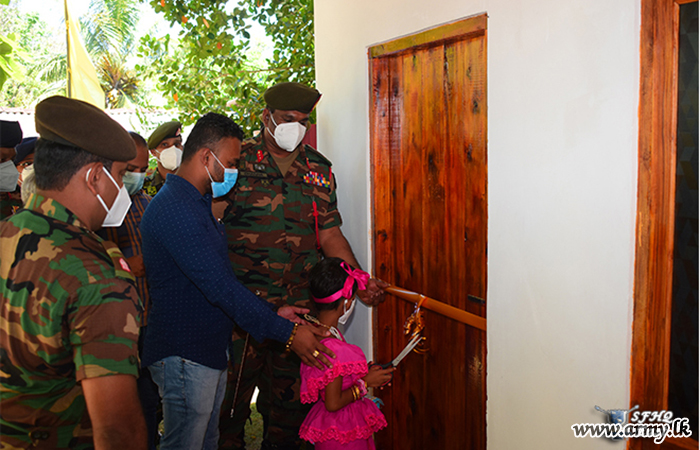 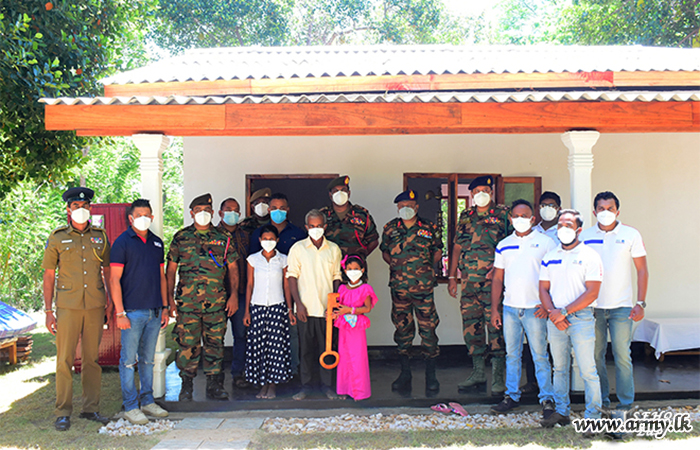 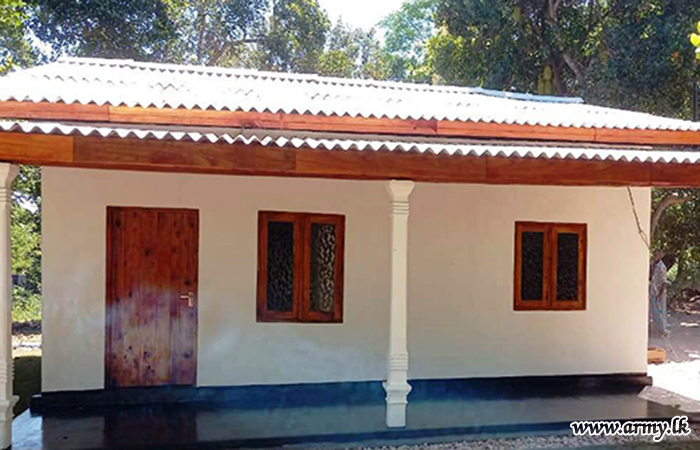