On the guidelines given by the Chief of Defence Staff and Commander of the Army Lieutenant General Shavendra Silva, the Army Buddhist Association and the Security Force HQ-West on account of the forthcoming 'Poson' commemoration jointly distributed 500 dry ration packs among poor families and Buddhist temples in the area on Wednesday (3).

Major General Jayantha Seneviratne, Commander Security Forces-West & Chairman of the Army Buddhist Association after consultations with the Divisional Secretariat selected those beneficiaries, many of who have been affected due to COVID-19 pandemic before they were shared among them. The arrangement for distribution took place at Panagoda Army Sri Bodhirajaramaya compound covering people in 11 Grama Seva sectors.

The donation was sponsored by the Sri Lanka Army Volunteer Force, Security Force HQ-West, Army Buddhist Association and all regiments inside the Panagoda Army Contentment. 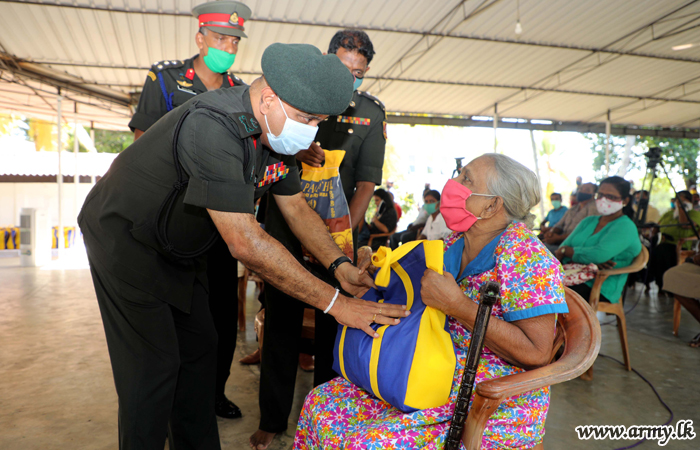 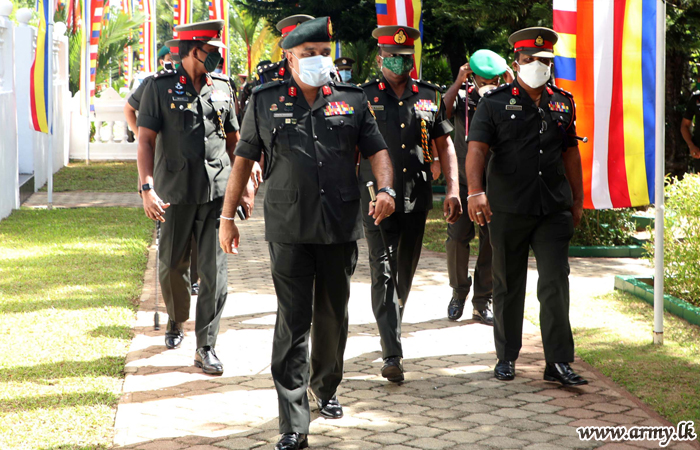 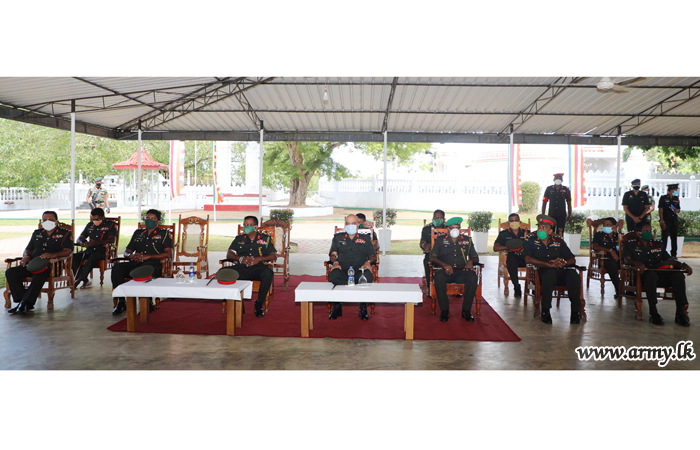 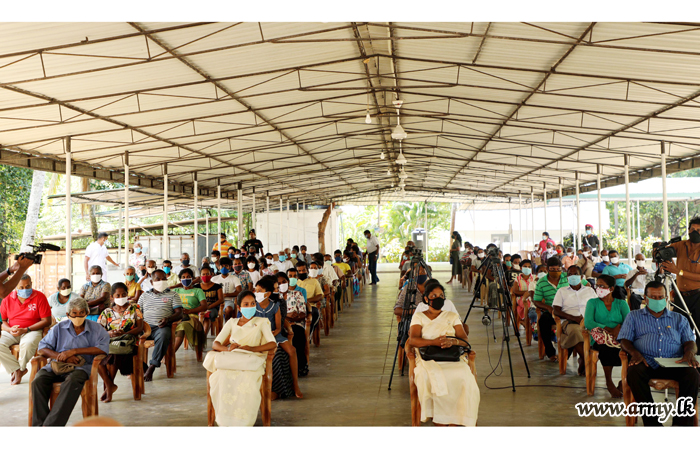 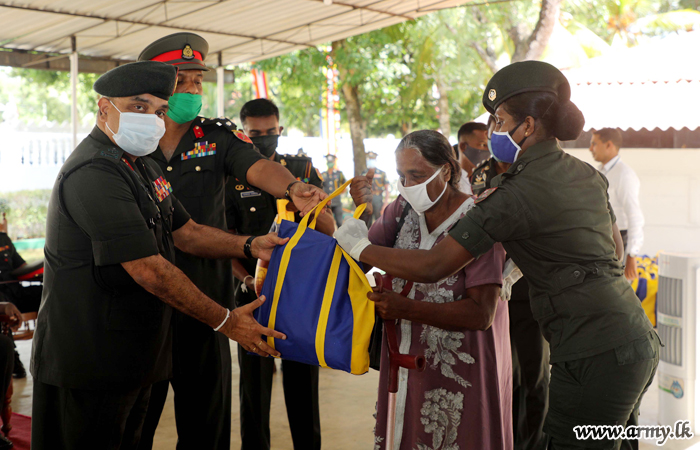 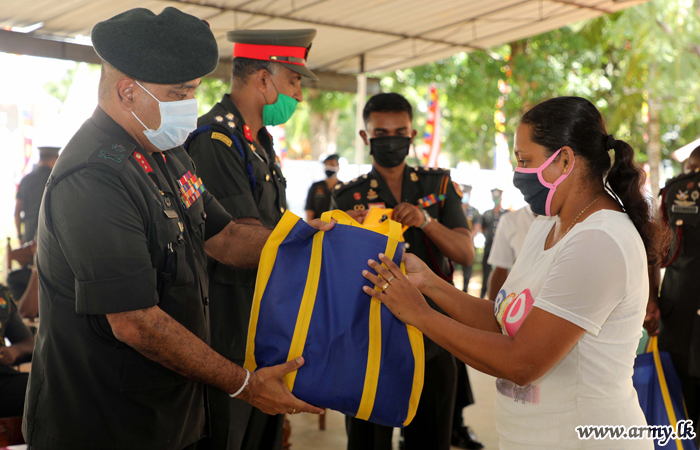 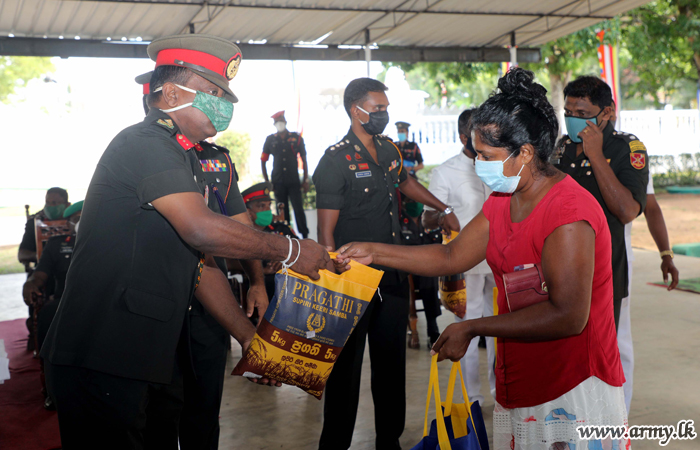 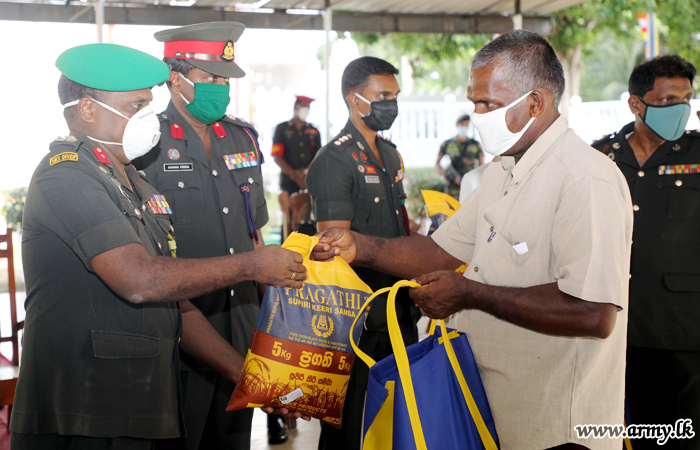 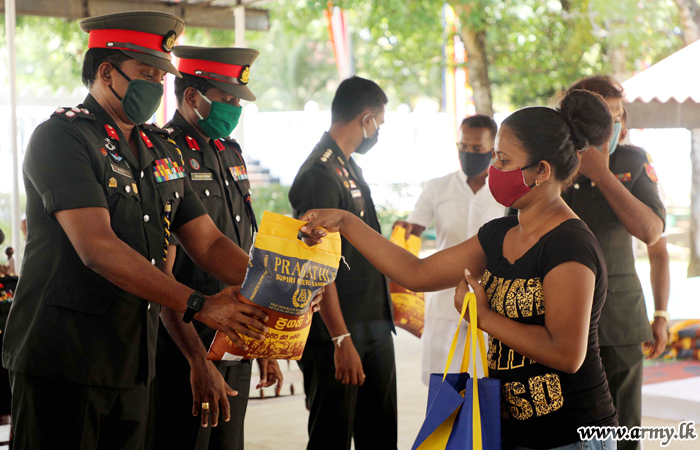 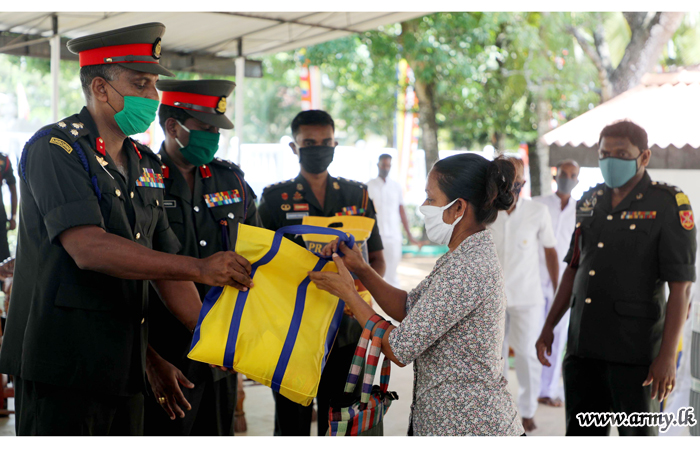 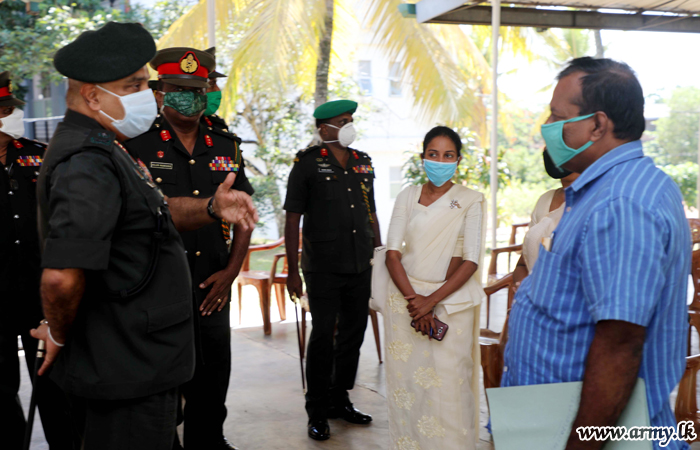